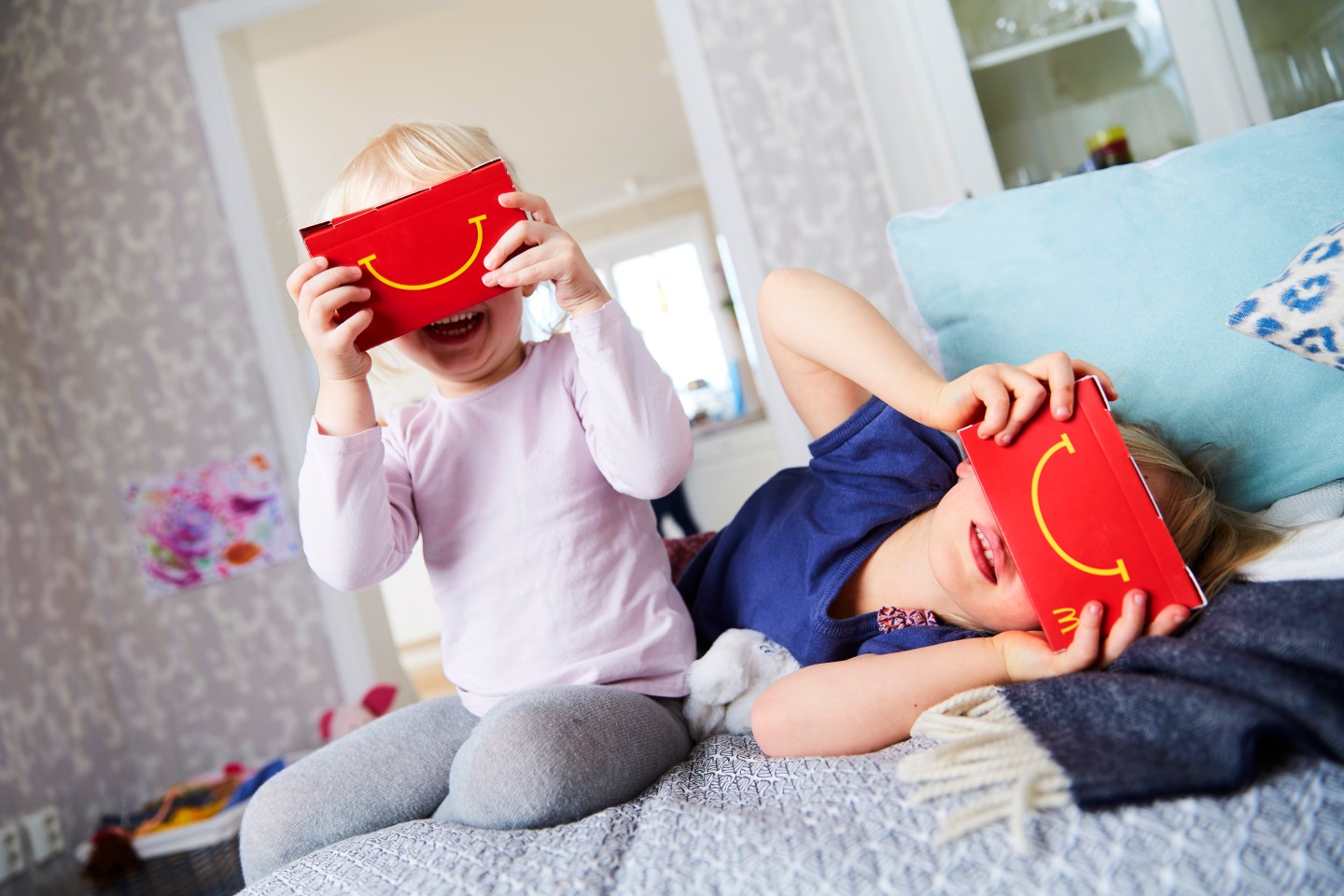 McDonald’s has taken a page out of Google Cardboard’s book.

The fast food chain has debuted a low-cost virtual reality viewer made out of, well, cardboard. The device is assembled by folding one of the company’s trademark “happy meal” boxes into a pair of goggles, then pairing that frame with a smartphone and strapping it to one’s face.

“The idea came about, quite simply, by folding the usual Happy Meal box in a new way,” the company said in a statement. “The result, with the addition of a pair of lenses, turned into the VR Happy Goggles. When combined with a smartphone, the Happy Goggles lower the threshold so that everybody can afford to experience VR.”

Fourteen Swedish restaurants will host the marketing promotion this weekend (starting March 5) and next weekend (March 12), the company said in a release. There will be 3,500 units available for about $4.10 each.

For more on McDonald’s, watch:

Other organizations have experimented with inexpensive video viewing entertainment sets. Google (GOOG) Cardboard is undoubtedly the most well-known example. Pizza Hut (YUM) recently experimented with a pizza box movie projector, as Verge reports. And Mattel (MAT) also revived its View-Master as a virtual reality toy a year ago.

McDonald’s seems particularly well-suited to such a campaign. “The chain has essentially been trying to fashion its own alternate ‘world’ for decades,” as AdWeek notes. “Characters like Ronald, Hamburglar and Grimace were analog-era nods in that direction, followed more recently by house-size Happy Meal boxes (Airbnb, take note), the much-derided anthropomorphic “Happy” mascot (which made us grimace), and even a Big Mac-inspired lifestyle and clothing line (also in Sweden).”

For now the promotion, which comes with a slaloming game app endorsed by the Swedish Alpine ski team, is only taking place in Sweden. “We hope to be able to roll it out in your country soon,” the company’s website said.