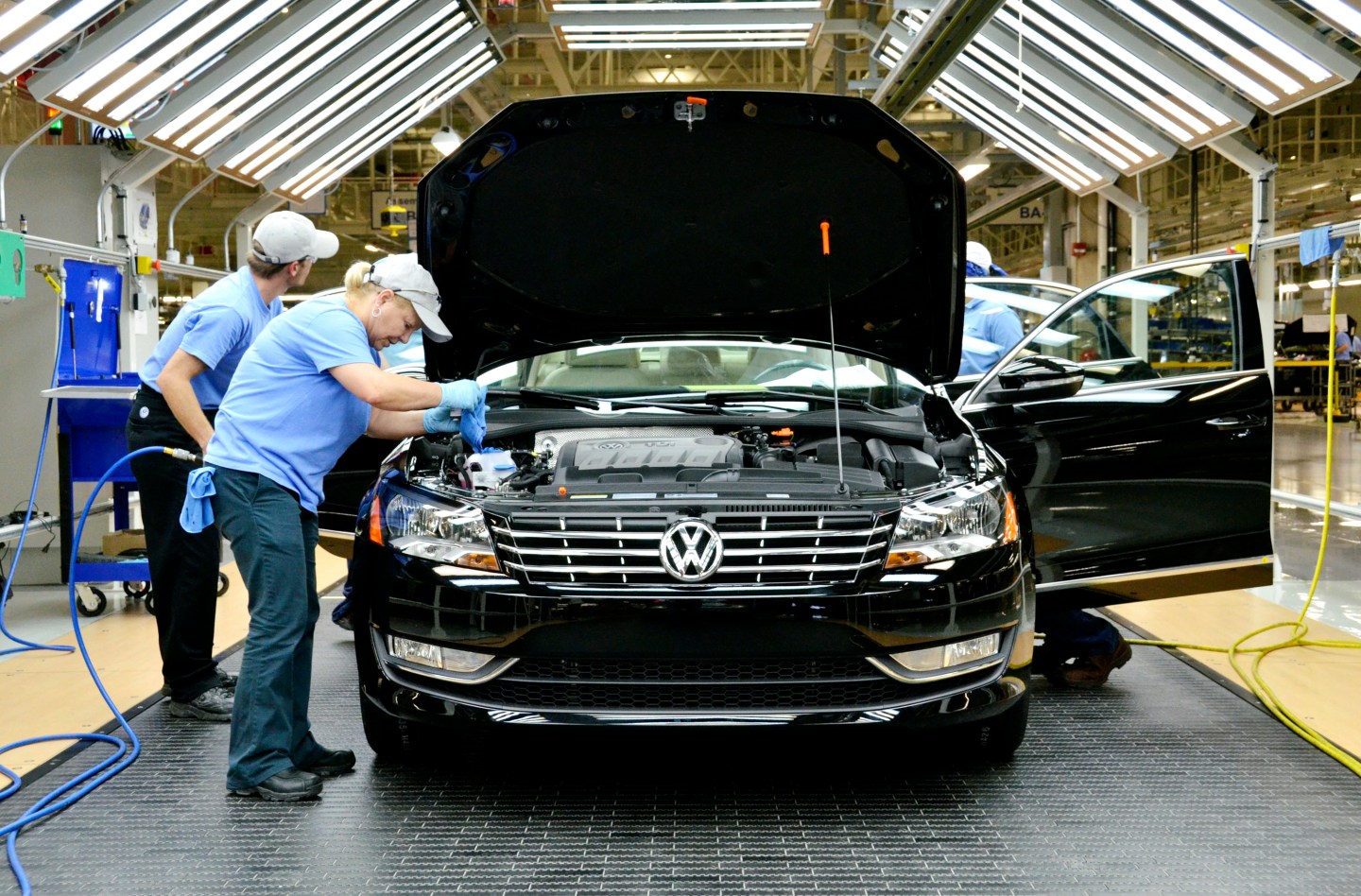 The biggest engineering feat on display when Volkswagen unveils its new concept car on Tuesday will be the team developing it: a post-Dieselgate management system crafted to operate faster, cheaper, and with a lighter grip on the wheel.

But the most meaningful management change taking place was already under way when the scandal broke, and it was aimed less at preventing misdeeds than at improving profit margins, which had fallen behind competitors under an inefficient hierarchy.

Its concept for the Geneva car show will be the first vehicle the Volkswagen brand develops under a new, decentralized system designed to emulate rival BMW, which has a track record of quickly and efficiently getting new cars to market.

VW will present the concept version of an entry-level sport-utility vehicle (SUV) in Geneva on Tuesday, three sources at the company said, and will develop the road version more rapidly under the new streamlined process.

Analysts following the company say it could lift margins at the core brand as the parent grapples with the costs of its scandal.

The move is pioneered by brand chief Herbert Diess who previously oversaw R&D while an executive at BMW, where an agile structure has long allowed expert teams to run vehicle development without interference from top management.

Volkswagen has previously been known for a system that spread responsibility for model development across layers of committees and funneled final approval through top executives.

Although the need for changes at the VW brand was amplified by the emissions crisis that emerged in September, the former BMW executive had already been pushing decentralization since taking office last July.

Profitability at VW’s core brand, at 2.8%, is less than half its 6% goal, and is dwarfed by French rivals PSA Peugeot Citroen’s 5% and Renault’s 5.1%.

“Time and cost discipline can be improved very considerably through this structure,” Boston Consulting Group (BCG) senior partner Nikolaus Lang told Reuters. “Whether the time and cost advantage ultimately is 20% or 30% depends on the production series and the matureness of the organization.”

Future models such as the new SUV, which the sources said will go on sale in 2018, will be developed by teams with full control over technology, quality, costs, and launch dates.

Four new teams of about 100 experts each will focus on the main production series at VW’s namesake brand, covering small, compact, mid-size and battery-powered cars.

That is a change from the system under former chief executive Martin Winterkorn, a stickler for detail, who required decisions on development to gain approval of top managers. He resigned in the wake of the emissions crisis.

VW aims to significantly shorten the process from concept to production, which previously took 48 months, one source said. BMW, by contrast, says its minimum development time for a new model is just 36 months.

One source said decisions under Winterkorn could be held up by other items on the executive board’s agenda, or delegated to committees that met only every four weeks, resulting in delays.

When VW finalized a sportier look for its Beetle in 2010 without a rear spoiler for the drop-top version, top managers at the last minute ordered suppliers in Mexico to provide the parts and rework the design, the source said.

“We had issues all the time,” a senior VW brand manager told Reuters on condition he not be identified while discussing internal management issues. “It’s key to correct the problems soon. This is possible if you have people responsible for carrying out all phases of a program.”

“Ideally the various stages to develop a car run simultaneously, not consecutively, if it is to hit targets,” the manager said. “Our concept was different and, by comparison, strikingly inefficient.”

Since January, hundreds of managers at VW’s main Wolfsburg plant have changed offices and moved into four so-called project houses where strategy is mapped out for the new car groups, said another of the three sources who confirmed the new concept car.

Diess told VW managers at a closed-door conference in December that the new structure “implies a real paradigm change for VW and will take strength.”

Analysts say VW has been a laggard in an industry where most automakers have development teams dedicated to one vehicle program, aiming to shorten work processes as they strive to incorporate new technologies.

BMW launched its system of teams overseeing the whole process of development for a vehicle in the 1990s to contain a growing model count. It has lately refined it by integrating more specialists, a spokesman said.

Diess has lured many experts from his former employer and is drawing on Swiss business consultancy Malik for advice, the first source said. VW and Malik declined comment. The sources said the changes would also be implemented at luxury brand Audi.

The new course has risks, analysts say. VW’s push to devolve power may raise demands by operations in China and other markets to develop more country-specific solutions, they said.

Labour boss Bernd Osterloh backs the drive for more efficiency but fears an exaggerated boost in productivity could undermine jobs. Tensions may increase this spring when labor and management will start wage talks for about 115,000 VW workers in Western Germany.

Sales projections show VW may be heading in the right direction. VW’s European brand deliveries may rise 4.4% to 2.15 million cars by 2020 from an estimated 2.06 million this year, according to research firm IHS Automotive.

“Those changes are important to weatherproof the brand, but they will need time to take full effect,” said M.M. Warburg analyst Marc-Rene Tonn who recommends holding the stock.