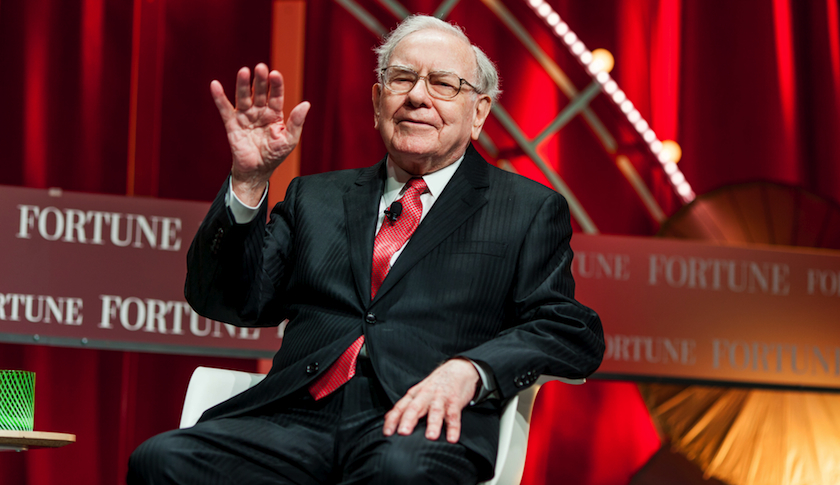 Warren Buffett’s big bet on Big Blue is looking like a bigger booboo for the investing legend. He’s now lost $2.6 billion on his investment in tech giant IBM (IBM). That was an increase of nearly $600 million in the last three months of 2015 alone, and it was only one of a number of positions that lost money in Berkshire’s portfolio in 2016.

In his annual letter to Berkshire Hathaway (BRKA) shareholders this year, Warren Buffett acknowledged, as he has done in the past, that he has made “a few” investing mistakes over the years, particularly when it comes to buying whole companies. “I will commit more errors; you can count on that,” Buffett writes. “If we luck out, they will occur at our smaller operations.”

But Buffett has yet to believe that he erred in buying shares in one of the biggest technology companies in the world. He added to his bet on IBM in the past year. And despite the loss in IBM, Berkshire states in its regulatory filing that goes along with Buffett’s annual letter that he has no plans of disposing of the stock. “We expect that the fair value of our investment in IBM common stock will recover and ultimately exceed our cost,” according to Berkshire’s annual report.

Judging from a number of metrics contained in Berkshire’s annual report, it wasn’t a great year in the market for the Oracle of Omaha and Berkshire’s other investment managers. Buffett has always maintained that he is a long-term shareholder and that the intrinsic value of his investments will rise. So he says any losses he has are temporary. Nonetheless, at the end of 2015, Berkshire said the value of his bets that had been in the red for more than a year had risen to nearly $1 billion. That was up from just $65 million a year earlier.

Every year, Buffett gives Berkshire shareholders a rundown of his 15 largest holdings, along with what he paid for those investments and what they are worth now. Berkshire’s gain in its largest positions shrunk to $53.7 billion at the end of 2015. That’s down from an investment gain of $62.4 billion the year before.

In absolute dollars, Buffett’s biggest loser appears to be IBM, with his just over 81 million shares in the company worth nearly $11.2 billion, down from the nearly $13.8 billion Berkshire paid for them. The other losing investment in Berkshire’s top holdings is Deere (DE). Berkshire’s 22 million shares in the equipment manufacturer are worth about $80 million less than what it paid for them. The investment in Deere, though, is assumed to have been made by either Combs or Weschler.

Other positions only look like slight winners now. One of the most striking is Walmart, which has been a holding of Berkshire for about a decade. The value of Berkshire’s position in the giant retailer, which has struggled lately, dropped by a little over $1.9 billion in 2015, though that includes the fact that Berkshire sold some of its Walmart (WMT) shares last year.

Other investments have worked out better. Buffett’s big bet in the energy sector last year, investing nearly $4.4 billion in oil giant Phillips 66 (PSX), is up, but only by $173 million on a huge investment, which is actually not bad considering how poorly oil stocks did in 2015. Still, Phillip 66 shares are down 3% since the beginning of the year.

Perhaps the ultimate measure of Buffett’s year was Berkshire’s stock, which dropped nearly 13%. An investment in the S&P 500 would have generated a return of 1.4% in 2015, including dividends. And over a five-year period, Berkshire’s shares have lagged both the S&P 500 and a broad index of insurance companies. Though Berkshire, with its ownership of railroad BNSF, Kraft Heinz, and dozens of other large companies, is not like any other insurer these days.

The question that always comes up is whether Buffett has lost his investment prowess. What you can say is that Buffett’s returns in the market lately have not been as good as they once were. That may mean Buffett has lost some of his touch. Then again, an investment in Berkshire from 1964 to the end of last year would have produced a return of 1,598,284% (vs. 11,355% for the market over the same time). That’s nearly 230,000 percentage points less than a year ago, but it’s still pretty impressive.