How to Make Your Dumb Car Smart 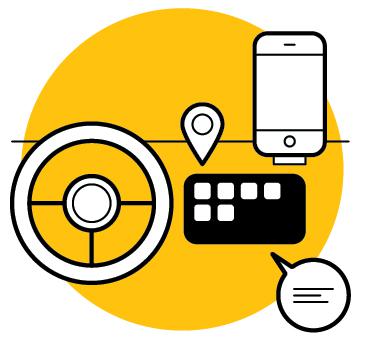 TIME’s latest cover story chronicles the rise of today’s smart cars and imagines a future without pesky steering wheels. Makes at all price points are now coming with fancy infotainment systems produced by the likes of Apple and Google that can get better over time, as well as options for connecting a car to the Internet or turning a truck into its own wi-fi hotspot. But while that’s all good and well for people in the market for a new car, the vast majority of American drivers aren’t heading to dealerships this weekend. After all, the average car on American roads is the age of a sixth grader.

Happily for that vast majority, there are startups devising ways to make your dumb (a.k.a. screen-less) car at least kind of smart for prices ranging from $100 to about $10.

Are Internet-connected cars worth the risk?

In the 1980s, California started to develop regulations that would help officials make sure cars weren’t spewing too much smog into the atmosphere. This led to a requirement that all new cars have a plug overseers could use to make sure vehicles were compliant. The federal government followed with similar rules in the 1990s, the net result being that most cars on American roads today (probably including yours) have a little port under the steering wheel that any mechanic or smog-checker can tap into in order to access the car’s data—the kind of thing that happens out of sight while you’re in the waiting room. This system is known as OBD, short for on-board diagnostics, and the devices that plug into the OBD port are often called dongles.

While most drivers are oblivious to it, cars have contained powerful computers for decades. It’s very possible that your Toyota Prius has more code than a Boeing 787 and several operating systems. That may be hard to imagine only because most people don’t have a way to see or benefit from the bazillion things that are being digitally managed under the hood, so these giant roving electronic devices still appear to be old-fashioned piles of valves and springs.

Startups like Zubie, Mojio and Automatic sell dongles that act as a translator and analyst, taking data from the car and beaming insights to the driver. Some come with monthly costs for cellular service and some don’t, but the devices tend to run around $100.

Automatic, which uses Bluetooth (so there’s no monthly fee), has its own app, which uses the data from your car to show you how much your fuel is costing, how you can improve your driving and to keep track of all your trips. If you accelerate or brake too hard, wasting gas and possibly being a nuisance to drivers around you, the device will “tsk, tsk” you with patterns of beeps. (CEO Thejo Kote says some users have thanked Automatic for de-stressing their relationships, given that the beeps can stand in for the much more annoying admonitions of a finger-wagging spouse.)

The company has partnered with several other app-makers that do other cool stuff with the car’s data, such as:

License +: To teach teens how to drive, this app awards badges for activities such as smooth braking and night driving. A parent can sign up as a “coach” to get general data about how their young driver is progressing without “spying” on every detail of where their kid has been.

Nest: The dongle can use a smartphone’s connection to the Web to communicate with smart home system Nest. A user could set up a rule that, for instance, would trigger Nest to start cooling the house whenever the car’s ignition was turned on between 5:30 p.m. and 7:30 p.m. in the general vicinity of the driver’s office and timed to be cool when the driver arrives.

Unmooch: Dongles can access information about fuel usage to help estimate the cost of a trip. This app allows carpooling riders to split the cost of a journey through payment app Venmo, doing away with awkward cash exchanges, overly generous passenger offers to pay for a whole tank of gas and lingering bitterness among drivers who don’t get such offers.

Urgently: This D.C.-based startup provides on-demand roadside assistance when drivers break down or get a flat. The service can use information transmitted from a dongle to tell a tower where a vehicle is and what might be wrong with it.

Companies like Zubie do charge a $10 monthly fee for the cellular service the dongle uses to transmit information beyond the range of a Bluetooth connection (like telling you where your car is at any time or reminding you that it’s time to change the oil). Users can also pay extra to turn the dongle into a Wi-Fi hotspot, though that comes with additional activation and data costs via Verizon. Mojio has a similar partnership with AT&T.

The most basic way that a car can get connected is by leveraging the connection that most drivers already pay for and carry around in their purses or pockets. Android Auto and Carplay, Google and Apple’s infotainment systems, rely on this “bring your own connection” method, so the cars don’t need to have their own cellular connection built in. Users plug their smartphone into the car via a cable and the driver’s screen is basically turned into a giant, limited version of their device with all their contacts and playlists in tact.

But you can’t just download Carplay or Android Auto and use them in any car with a screen: The car has to come both with a screen and with those systems built in. And many cars don’t have a screen at all. You could pay thousand of dollars to swap out that part of the car, known as a head unit, for an after-market version with those features. But there’s a much cheaper way to get a startup’s version of the experience.

Drivemode makes a free app, now compatible with just Android phones, that has many Carplay and Android Auto-like features: It has an interface that minimizes distractions so the driver can keep their eyes on the road. It can work with apps like Spotify, so drivers can access their playlists within the Drivemode app. It will read texts out loud to drivers when they come in and allows the driver to respond via voice. To really get the benefits, you’ll need to buy a stand (starting around $10) that props up the phone on your dash like an in-car screen. Otherwise you’ll be doing the same dangerous glance-and-tap dance that many drivers now do with their phones lying in their laps or the passenger seat.

The U.S. government is mandating that all new cars have backup cameras by 2018, which means that soon every new car sold in America will have a screen. And once Google (GOOG) and Apple (APPL) have found their way into every make and model, it’s hard to imagine how Drivemode will compete.

But that will take time and in many countries, points out cofounder HK Ueda, most cars do not and are not going have screens for the foreseeable future. The company has partnered with Honda (HMC) to build a proof-of-concept car that comes with a slot built into the dash that holds a smartphone and connects it to the car via USB, so neither the person buying the car nor the company has to deal with the cost of a screen but the driver can get an infotainment treatment using the screen that would otherwise be lying around, unused, on the way from A to B.