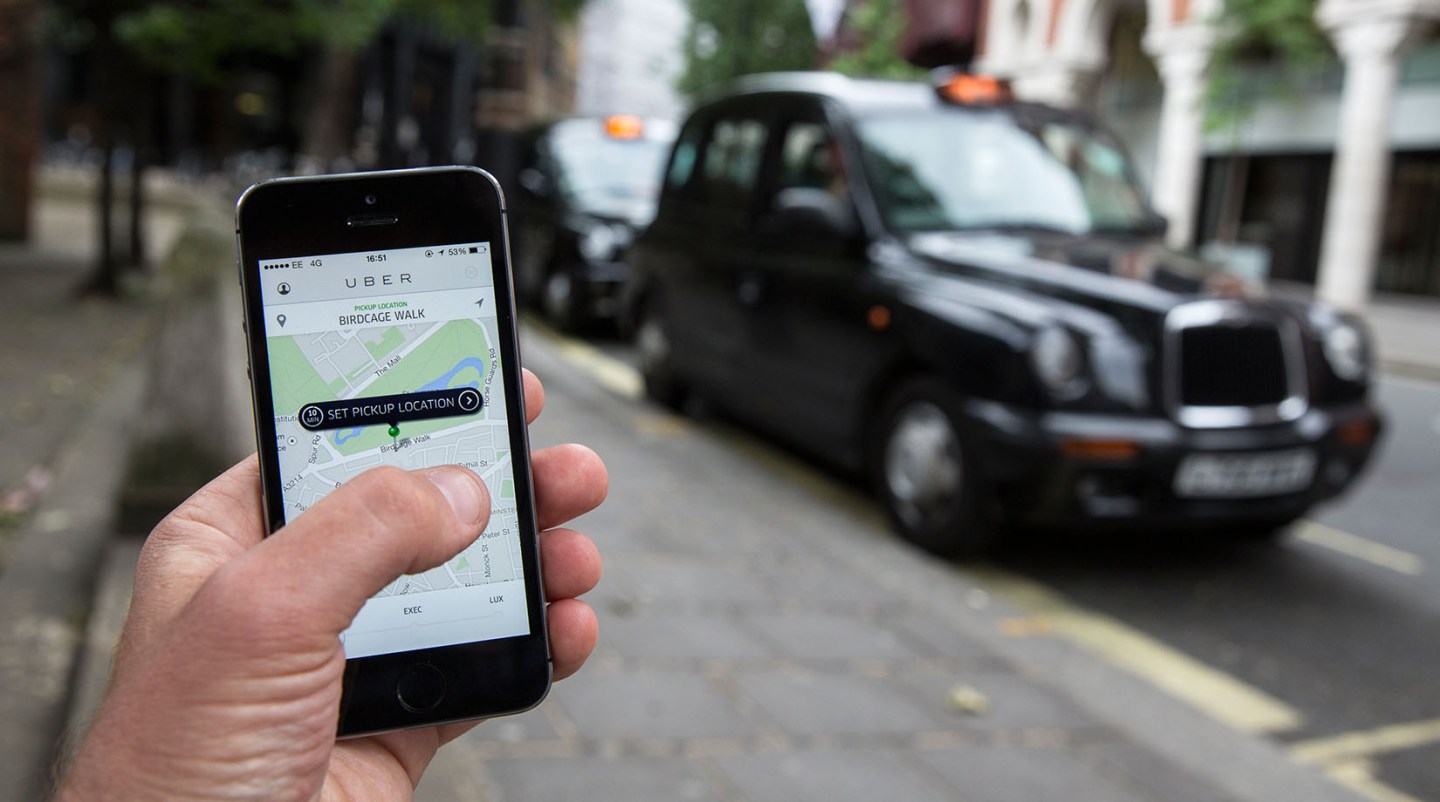 Imagine you’re riding a subway and want a driver waiting for you when you step out of the station. Ride hailing service Uber says it has created a way to make that happen—and it wants a patent for the technology.

In a patent application published on Thursday, Uber describes sparing passengers the usual few minutes waiting at the curb for driver to pick them up. Passengers in transit who request a ride ahead of time would have their locations tracked so that a car could arrive at a designated meeting spot at just the right moment.

The system works by monitoring the customer’s device while on the move to predict an estimated arrival time, according to the patent filing. The system combines that data with the location of cars in the area to dispatch the nearest vehicle.

The potential scope of the patent is broad, according to a number of examples cited by Uber to explain why the system may be useful. These include situations where a user is taking public transit to meet an Uber car, or those where “a food truck service, a delivery service, an entertainment service, etc. [is] to be arranged between users and service providers.”

The crux of the claimed invention appears to lie in the way Uber blends different location data to choose an optimal meeting spot. The patent application includes diagrams like this one:

It’s unclear if Uber is currently using the technology described in the patent application, which dates from August 2014. Update: An Uber spokesperson declined to comment on the patent or its implications.

If the U.S. Patent Office decides to grant the patent application, as currently proposed, it could give Uber a strategic advantage over rivals since patents confer a 20 year monopoly. The company could conceivably wield the patent against competitors like Lyft in the ride-hailing market, or against companies that offer delivery service.

But the Patent Office may still reject the application if it finds Uber’s claimed invention is already known, or if it’s obvious. For now, Uber has applied for several patents, including one for booking travel, but it has yet to receive one.

It’s also unclear how patents will impact the burgeoning ride-sharing industry. On one hand, they could trigger the sort of litigation frenzy that took place between Apple (AAPL) and Samsung in the smartphone industry. But on the other, patents owned by Uber’s one-time rival Sidecar failed to save it from going out of business late last year.

Sidecar later sold its assets (including the patents) to GM (GM).