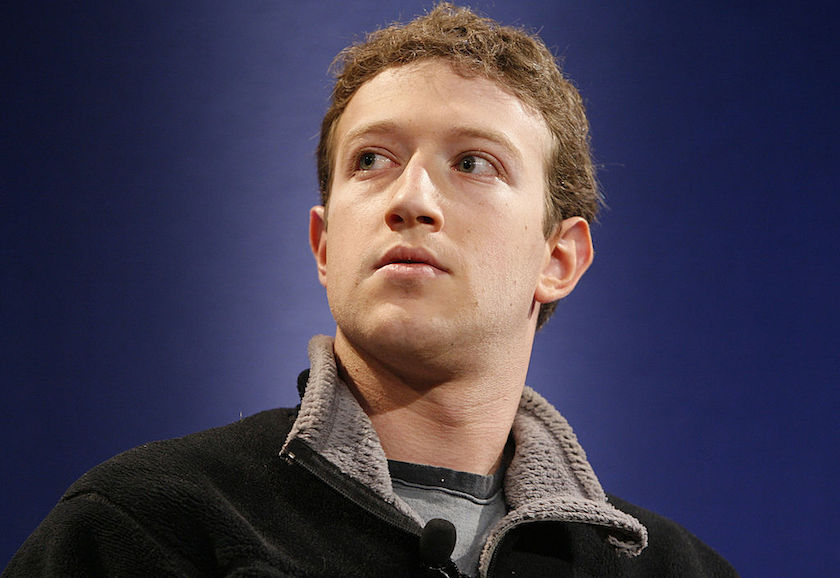 Facebook(FB) chief Mark Zuckerberg struck a cautious balance on tech firms’ responsibilities in the fight against terrorism on Monday, backing Apple(AAPL) on encryption while also saying his company is eager to cooperate with governments on some levels.

Speaking at Mobile World Congress in Barcelona, Zuckerberg said requiring “backdoors to encryption” would be neither effective nor right.

“We are pretty sympathetic to Tim [Cook] and Apple,” he said, echoing a Facebook statement last week that said the FBI’s demands could set a chilling precedent.

Apple boss Cook said last week that his company would fight a court order requiring Apple to craft a special version of the iPhone operating system, in order to allow investigators to bypass its security measures. The case involves the work phone of the late Syed Farook, one of the San Bernardino shooters, whose phone the FBI claims it cannot access.

The legal battle has sparked an extraordinary war of words in the technology, law-enforcement and political spheres.

Apple insists that, while it’s happy to help provide information it already holds, there’s a big risk of this special version of the iPhone software getting out into the wild and endangering the security of regular iPhone users. It and several human rights groups also say the FBI is using the San Bernardino case to set a precedent for bypassing Apple’s encryption in multiple future cases. The FBI denies this and is playing up the horrors of the San Bernardino killings, and it seems public opinion is on its side.

So is Microsoft(MSFT) founder Bill Gates, who seems convinced this is a one-off. However, the Wall Street Journal reported Monday that yes, the Justice Department is indeed seeking similar assistance from Apple in around a dozen more undisclosed cases around the U.S.

(For a cynical but savvy reading of the FBI’s tactics in this case, read what pseudonymous operational security guru “The Grugq” has to say — in short, it’s deeply unlikely that anything of interest lies on the other side of that now-famous PIN code.)

There’s a big gap between Apple and the FBI’s readings of this situation, that comes down to the likelihood of this ruling setting a precedent, and of the encryption-lite iOS version getting into the wrong hands. For a major tech firm like Facebook, caution makes a lot of sense.

For more on the Apple-FBI dispute, watch:

However, while Zuckerberg took Apple’s side in this fight, he also insisted that Facebook has “a really big responsibility running this big networking community to help prevent terrorism and different types of attacks.”

This is in line with Facebook’s recent moves to weed out profiles with links to terrorism and find ways to counter pro-terrorist narratives. The company’s anti-extremism drive is prompted by the concerns of governments in many countries (including Germany, where the most prominent fight is against the far right).

Facebook and other big tech firms such as Google(GOOG) (and Apple itself, of course) have to walk a very tricky line between helping where they can and pushing back against overreach.

If they push back against everything (there are free-speech arguments to be made against suspending pro-extremist profiles, for example) then they will open themselves up to accusations of putting profit before public safety. If they don’t push back enough, customers will (rightly) distrust them.

Whatever is on that phone, one thing is clear — for a lot of players in this game, perception is a major concern.