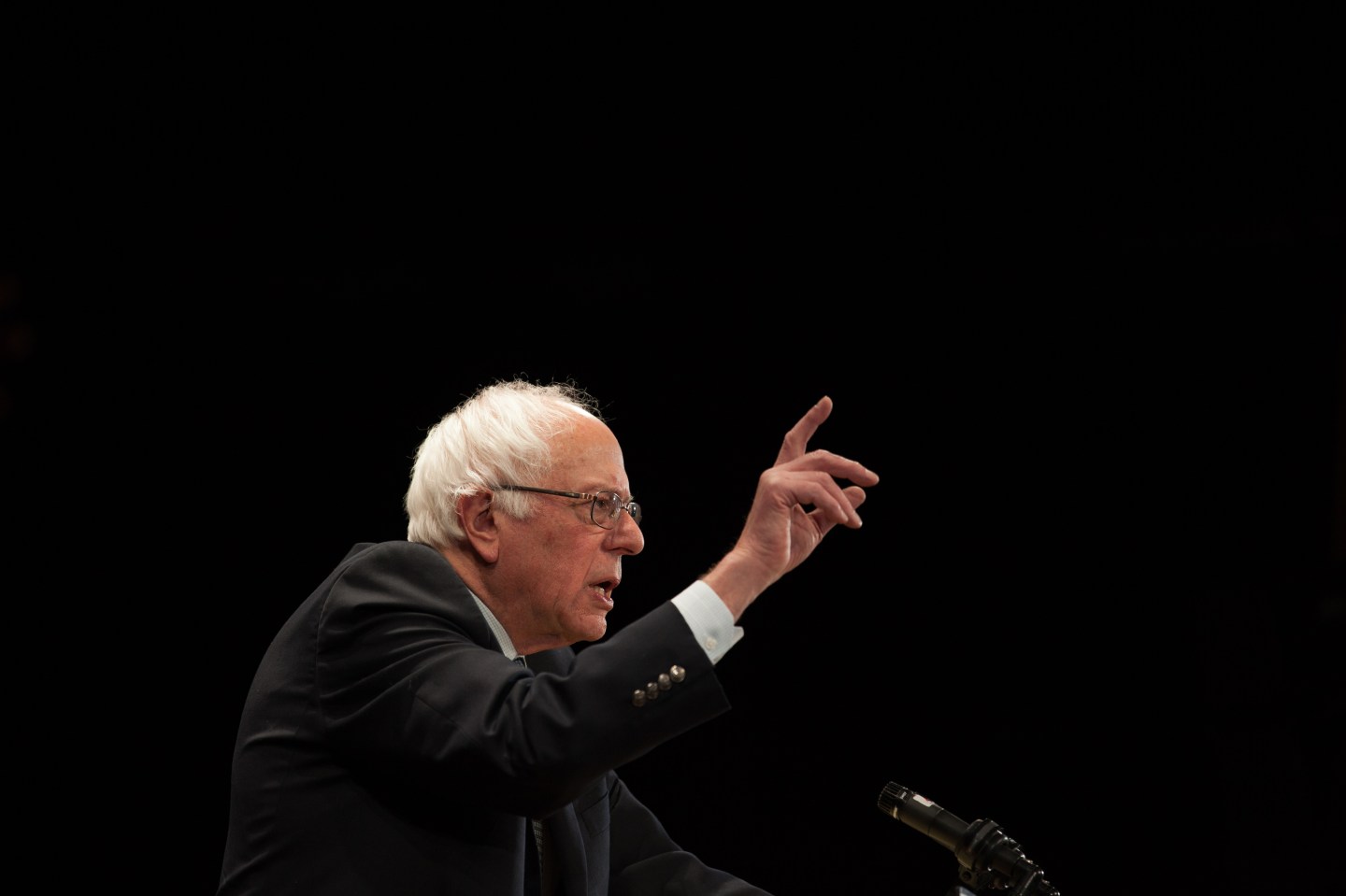 Bernie Sanders has built his campaign on vilifying Wall Street and any politician who tries to court its support.

Needless to say, the powers that be on Wall Street have not taken kindly to the Vermont Senator’s characterization of their industry. The most recent evidence for this dismay is a client letter penned by J.P. Morgan Chase’s (JPM) Michael Cembalest, who is the chairman of investment strategy at the bank’s asset management division. In the letter, Cembalest says Sanders’ tax plans are so far out of the mainstream of U.S. history they are “in a league of their own.”

Cembalest studied the major tax increases of the past seventy-five years, and produced this chart, obtained by Zero Hedge.

Here’s how Cembalest explains the chart:

The revenue raised by each bill is shown on the Y axis, alongside prevailing Federal tax receipts (individual taxes, corporate taxes and excise taxes) before passage of each bill on the X axis . . . Sanders’ proposals are in a league of their own. The only bill that comes close was passed in 1942, except there were two big differences: the US was in the middle of WWII, and at the time, total Federal tax receipts were much lower. Even tax increases in the 1.5%-2.0% of GDP range have not been seen since the Korean War, when tax receipts were also lower than they are today . . .

Democratic socialism has a high cost, and in all likelihood, it would probably not just be borne by billionaires and millionaires, campaign rhetoric notwithstanding.

This criticism is a preview of what Sanders can expect if he were to secure the Democratic nomination. But the above chart is not a helpful way to understand the radical nature of Sanders’ proposals.

As I have written before, the one truly transformative idea of the Sanders’ campaign is his plan to nationalize healthcare by providing Medicare for all. This is his only proposal which requires raising direct taxes on anyone making less than $250,000, and it would require putting a lot of money that used to go to health insurance companies in the coffers of the federal government.

What makes Sanders proposal stand out the most on this chart, and push his bubble way to the right, is that he is calling for increases in tax receipts when government receipts are already historically high. But there is no agreement from economists on whether high government receipts, at least as a percentage of GDP, is necessarily a bad thing.

What’s more, nationalizing healthcare is not the same thing as taxing people to subsidize the military or the poor. The traditional economic argument against moving an industry from private hands to a public one is that the private sector is more efficient than the government. But in the realm of healthcare, this is simply not true. The United States spends more on healthcare as share of GDP, with worse outcomes, than any other industrialized country. It’s also the country where private industry has the most power.

Take away the massive tax increases needed to fund Medicare for all, and the Sanders agenda looks a lot like a traditionally left-wing Democratic party platform. He wants to create a modest insurance program so that workers can take off for medical emergencies and to care for newborn babies. He wants to tax financial transactions to subsidize public education. And he wants to expand Social Security benefits $65 per month on average by raising payroll taxes on wealthy earners.

What will likely unsettle actual voters about the Sanders platform is not that Sanders wants a more active government, but that the 49% of Americans who get their health insurance through their employer will have to instead go onto Medicare. This may ultimately be a better deal for these folks, but it’s a big change nonetheless, and human beings are naturally inclined to prefer protecting what they already have over getting something new.

Of course, if Sanders does win the nomination, none of these facts will matter. Industries like Wall Street, for which Sanders has shown nothing but disdain, will pull out all the stops arguing that the Sanders agenda is far out of the mainstream. And if history serves as guide, they’ll probably be pretty effective at getting this message to stick.