Is the Global Economy Slowing Down? 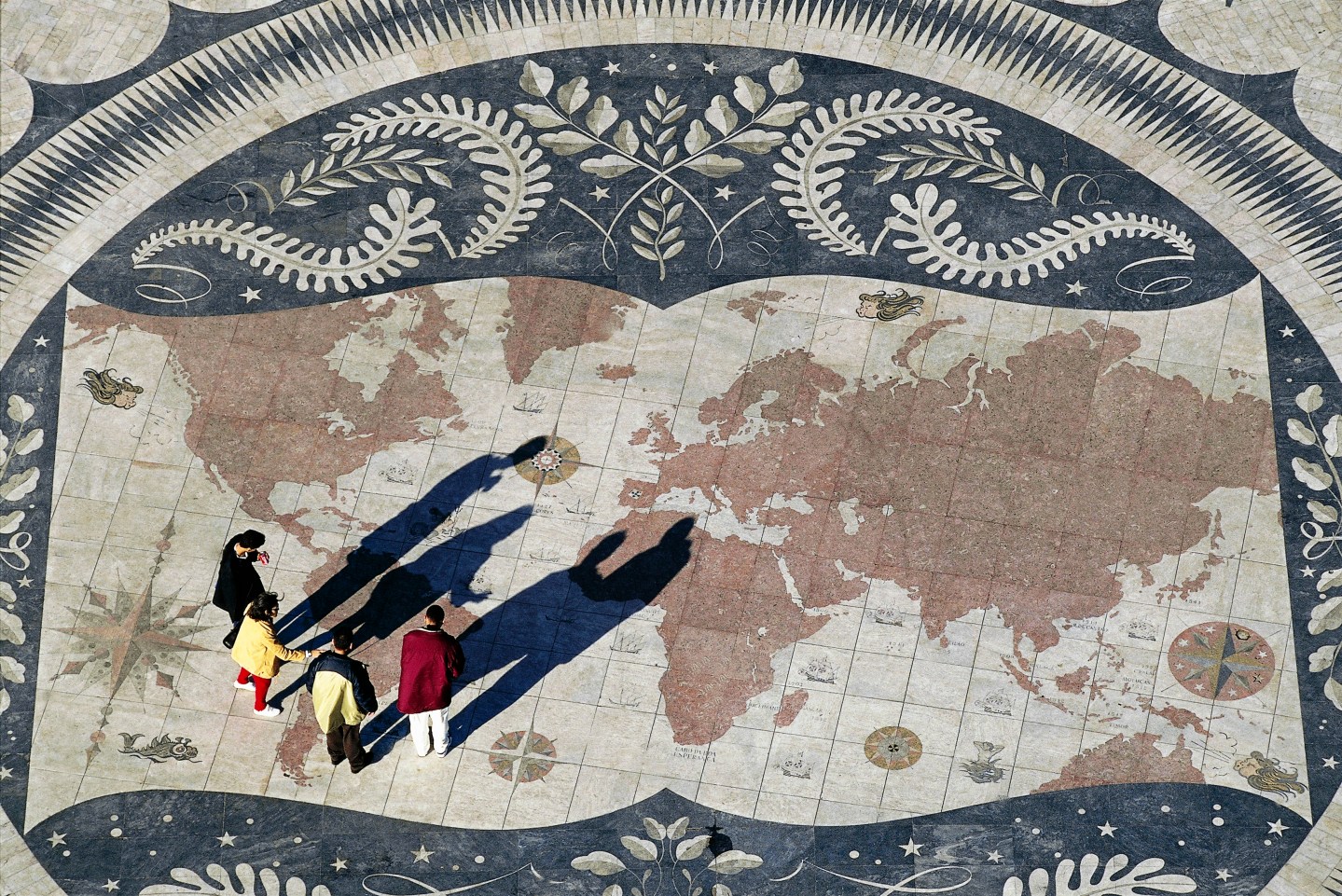 PORTUGAL - OCTOBER 25: World Map, 1960, mosaic by Luis Cristino da Silva in the center of the compass rose at the foot of the Monument to the Discoveries (Padrao dos Descobrimentos), on the bank of the Tagus river, Belem district, Lisbon. Portugal, 20th century. (Photo by DeAgostini/Getty Images)
DEA / W. BUSS De Agostini—Getty Images

Worries about a global slowdown will keep investors focused on early indicators of stress, looking for signs that resilient domestic demand in Europe and the United States can sustain growth in spite of emerging markets struggles.

Surveys on manufacturing and consumer sentiment on both sides of the Atlantic will offer clues about how much the strain of weak trade, investment and wage growth are spilling into advanced economies.

The euro area and the United States had both been expected to weather the global dip relatively unharmed, but the OECD poured cold water on those hopes when it slashed its GDP forecasts for nearly all the major economies. Germany, Canada, and the United States saw some of the biggest cuts.

The European Central Bank also pointed to fresh growth risks, but it argued that most of them came from outside the euro zone. The domestic recovery was progressing as expected, supported by growing consumption, the bank said.

“So far, the data by and large point to resilience,” UBS said in a note to clients. “However, we noticed a weakening of some of the most sensitive indicators in January.”

“The earliest signs of weakness will likely emerge in confidence indicators of the highly export-orientated industrial/manufacturing sectors, above all in the manufacturing PMIs and the German Ifo index,” UBS said, referring to reports due early in the week.

Fresh lending and money supply figures, another set of early indicators of trouble, are also due. Investors will want to know if last month’s poor figures were one-offs or signs of trouble brewing.

“Despite the macro data doing well, pessimists often try to convince me that we are on the road to a full-blown credit crisis, which will push the economy into a recession,” Deutsche Bank economist Torsten Sløk said about the United States.

The biggest risk to the recovery is the financial market turmoil. That appears to have abated in recent days, but it carries the risk of tighter lending that could drag on growth.

“While a decline in energy prices can be considered as akin to monetary stimulus or a tax cut, this time around price declines have been so large that markets have begun discounting higher default risks for banks, resulting in sovereign CDS spreads to widen as well,” SEB economist Lauri Halikka said.

“Given also increased uncertainty regarding the global economic outlook, capital outflows from China and tighter financial conditions, bank lending, investment and consumption may all weaken,” it added.

China reported another set of dismal trade figures, indicating that its economy continued to slow. That raised expectations of further government measures and revived talk that another yuan devaluation may come.

But capital outflows are even more worrying. They suggest Chinese authorities may need to step in to arrest the exodus, a move that could have reverberate throughout Europe and the United States.

Although the government has implemented a set of measures, they may not be enough to slow the outflow.

“If this mix of measures does not work out, the government will soon face a tough decision: It will either have to let the yuan depreciate sharply or impose explicit restrictions on capital flows,” Leuchtmann said. “China’s exchange rate policy will thus keep markets on edge.”