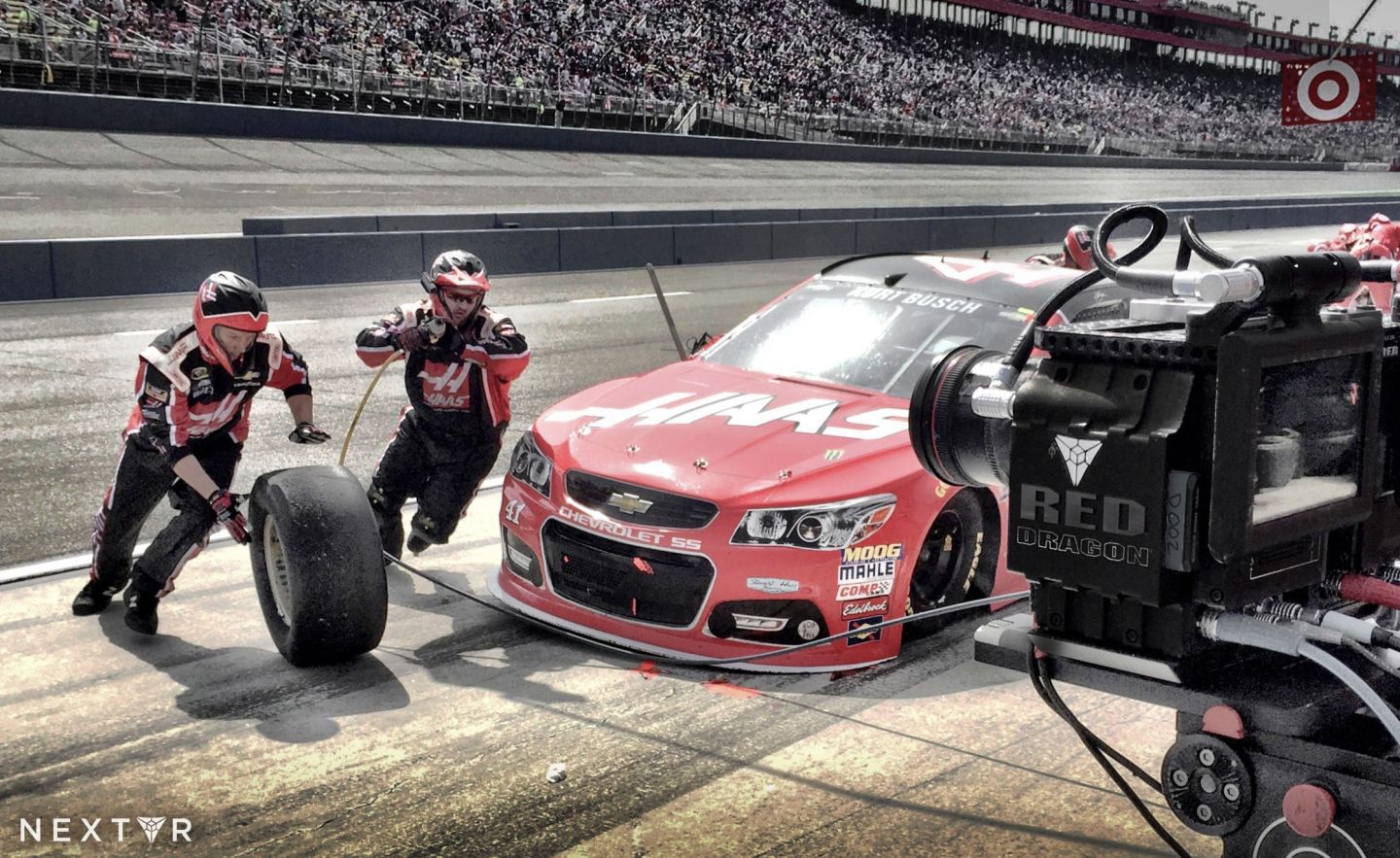 NASCAR fans who don’t make the pilgrimage to the newly renovated Daytona International Speedway this weekend can still get a unique perspective of the racing action. Fox Sports has teamed up with NextVR to bring the 58th running of the Daytona 500 to Samsung (SSNLF) Gear VR users.

NextVR will have 360-degree cameras positioned at the starting line, in pit row, and in the garage. And Fox will livestream a directed broadcast of the race complete with graphics and commentary to guide virtual reality users around the track.

“We will give VR viewers a real sense of what it’s like to be present at the race, and with access they normally would never have,”says Brad Allen, executive chairman of NextVR. “It will be a separate but complementary experience to the Fox broadcast.”

Michael Davies, Fox Sports senior vice president of field and technical operations, says this first public broadcast won’t cover the race from the perspective of who’s winning like the television broadcast will.

“We’ll offer a glimpse of what it is like to be there, to be immersed in the excitement, and be a real companion to what we are doing on television,” Davies says. “I would say that the typical viewer will dip in and out of the experience while watching on television. As time goes on, we will get better in making these experiences even more complementary, but at this point we wanted to offer a slice of what is to come.”

Fox Sports and NextVR first tested live virtual reality broadcasts in 2015 at the Auto Club 400 NASCAR race in Fontana, Calif. The coverage was not available to the public. Davies says that experience paved the way to this first public 360-degree broadcast.

“We learned that covering an entire race in virtual reality would be very difficult; however, there were some really compelling shots and experiences that were worthwhile that we thought we could rally around—the pits, the speed shots, and the kinds of views that a normal NASCAR fan would have seen before like this, and for the newly initiated NASCAR fans could show them just how exciting it is to be at a race in person,” Davies says.

For more on professional sports and virtual reality, watch:

NASCAR has experienced declines in racing attendance for years. The organization stopped releasing attendance numbers in 2013. And the past few years have seen tens of thousands of seats removed from tracks in Atlanta, Charlotte, N.C., and Dover, Del., because fans stopped filling the stands. Virtual reality could help NASCAR find new fans.

“We think non-racing fans who experience the VR broadcast will want to go to a race in the future,” Allen says. “This should help grow the overall fan base.”

Despite declining attendance and ratings, NASCAR was able to generate a 10-year television deal worth $8.2 billion with Fox and NBC, which runs through 2024. And the Daytona 500 is the Super Bowl of the NASCAR season. Last year’s Fox broadcast drew 13.4 million viewers, which was up 44% over 2014’s rain-delayed race.

“One of the things that is very difficult to convey on television, although I think we do a very good job of it, is what it is like to actually be trackside at a race,” Davies says. “Most people who come to a track are a fan for life, but sometimes the kinds of sights and sounds you see and hear aren’t things that are readily available in linear television.”

“Our deal with Fox Sports, one of the biggest broadcasters in the sports world, is a tremendous opportunity to expand the live virtual reality events we can deliver,” Allen says. “When you consider the events they have broadcast rights to, it provides the ability to create experiences for fans they never had before.”