Workers are the Biggest Asset in the Evolving Manufacturing Industry 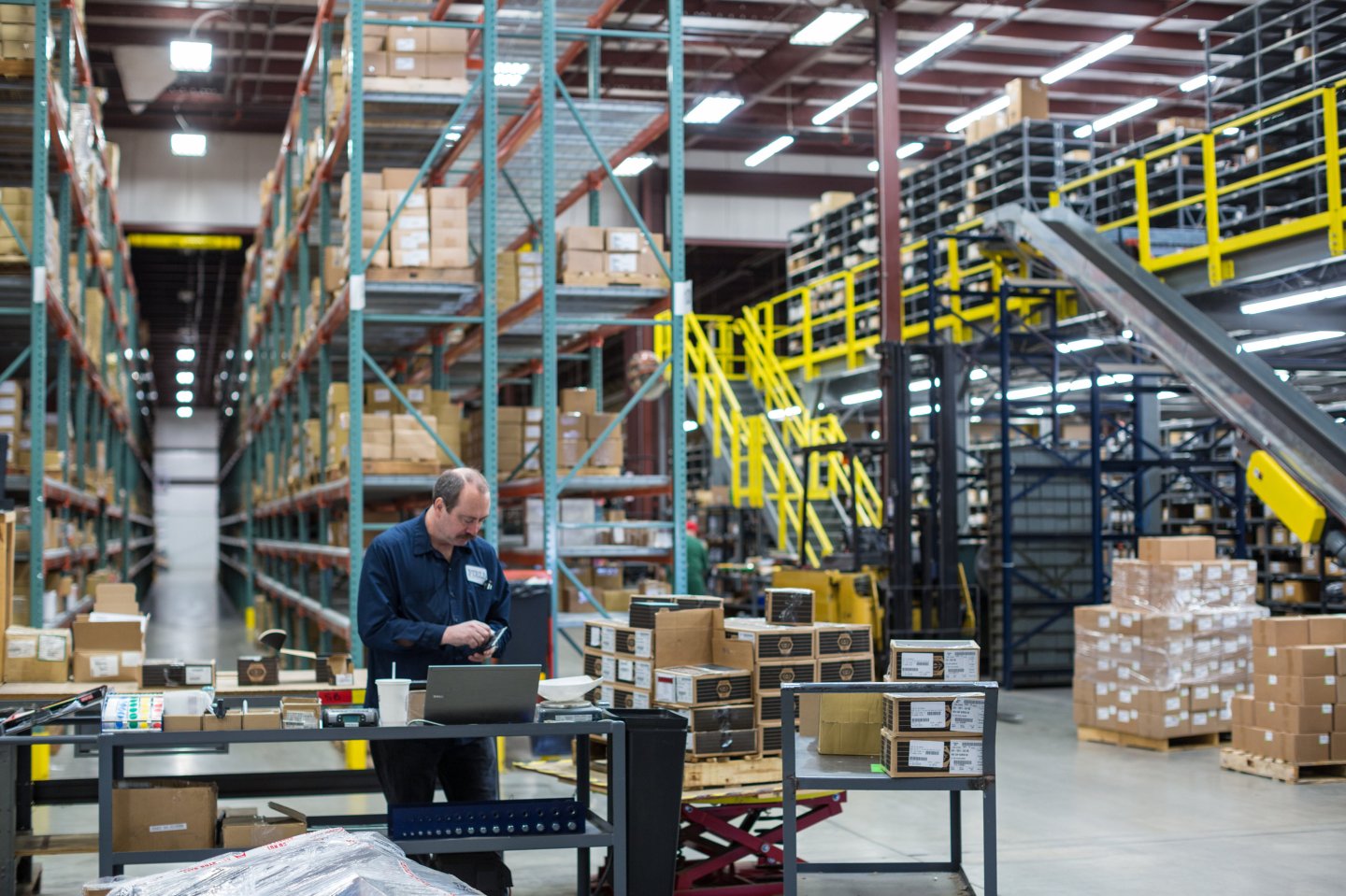 The instruction manual for a typical CNC mill – the modern equivalent of a lathe that chisels parts from hunks of metal – is 200 pages long. The machine requires one to two years of training to operate, and those qualified to run it earn wages comparable to teachers or many others with bachelor’s degrees. Manufacturing has changed. The shop floors of most American industrial facilities would be unrecognizable to someone working in them only a generation ago. So have many of their jobs, pushing companies to retool their relationships with employees as they compete for a shrinking pool of skilled workers.

“Manufacturing companies clearly understand now that, in order to be exceptional and successful, it’s not just about hiring hands. It’s about hiring and engaging heads and hearts,” says Anil Saxena, Partner at Great Place to Work and an expert on workplace culture.

That’s certainly the case at the Best Workplaces in Manufacturing and Production, announced today by Fortune and Great Place to Work. These organizations stand apart not only for the level of trust their employees express in anonymous surveys, but also for defying outdated perceptions of working in these industries.

Take job security: 92 percent of employees at companies on the list say their leaders would lay people off only as a last resort. That’s even better than the response from people at companies on the broader ranking of the Fortune 100 Best Companies to Work For, which includes organizations in healthcare and technology experiencing much faster growth. Although the recent crash in oil prices will no-doubt affect energy companies on the manufacturing list, their employees can at least face 2016 with confidence that their organizations will handle the turmoil in good faith.

People at the best employers in manufacturing and production also feel they get a fair shake during positive economic cycles, with an average of 82 percent saying they receive a fair share of profits. This is helped by innovative compensation programs like Hilcorp’s practice of letting employees invest in – and collect returns from – specific company projects. The share-of-profits survey question also reveals another surprising area where companies on the manufacturing list collectively outperform their peers among the broader Fortune 100 Best Companies to Work For.

It’s not just generosity behind these organizations’ drive to create a happy workforce. The job skills crucial to a 21st century manufacturing environment give the people who possess them leverage to expect more from employers.

“It is a small number of folks who run machines that do a lot,” says Saxena. “It’s not a sweat shop. Modern factories are marvels of engineering.”

Among the leading manufacturing employers, the share of team members categorized as production workers punching a clock for hourly pay has decreased by more than 20 percentage points since 2006 to just 26 percent of the workforce. At the same time, salaried professional and technical positions now make up the largest share of jobs, with 34 percent of the positions at companies on the list in 2016.

Some of this change might be explained by the breadth of these companies’ business interests, particularly at organizations with diverse divisions like J.M. Family Enterprises, which distributes auto parts, runs a Lexus dealership and offers finance and insurance products for the automotive industry. Regardless, the highly skilled workforce that forms the backbone of today’s industrial sector brings a different set of expectations than the archetypal factory worker of days past. Notes Saxena: “This whole notion of ‘the whistle blows and I’m out of here,’ and that ‘the job is just a place I where spend eight hours’ – that’s just not accurate anymore.”

In fact, pride and a sense of purpose represent further areas where the best manufacturing and production employers outshine their peers. Ninety-three percent of employees among these companies say they’re proud of what they accomplish on the job, and 94 percent say they feel good about the ways they contribute to the community.

Field Fastener, for example, engages its people through a program that helps employees at any level of the organization suggest improvements that have saved the company more than $1 million in just two years. Likewise, medical device company Stryker connects team members to the organization’s mission through a program that helps people of all job descriptions interact with patients and clinicians using their products. Stryker also takes steps to help employees develop what it describes as “best friends at work” to enhance the social and professional ties that create a trusting workplace.

“They care enough to want people to have somebody closely aligned to them who they work with,” says Saxena. “It’s not necessarily what you’d think of when you think manufacturing.”

As a result of this employee-focused approach, companies that made the list have an average turnover rate of just 7.2 percent, much lower than the national industry average of 13 percent reported by the Bureau of Labor Statistics.

Keeping that turnover low will offer a real advantage to these companies in the years ahead. As the president of the National Association of Manufacturers recently pointed out, the sector is expected to create 3.5 million new jobs in the next decade, but a lack of skilled workers is likely to leave 2 million of them unfilled. On top of the skills deficit, the industry also faces the challenges an aging U.S. workforce and rising labor costs in Asia that make it easier to “insource” many of the jobs that left the U.S. in decades past.

In this context, the Best Workplaces in Manufacturing and Production aren’t just exceptional for their HR policies. They’re at the forefront of an entire industry that will need to create high-trust work environments in order to stay competitive in the years ahead.

“There’s a lot of hiring in manufacturing, and there’s a lot of demand in manufacturing,” says Saxena, who points out that the perception of the sector as less-than-glamorous needn’t be a barrier to retaining valuable people. “If you treat your employees with respect and you involve them in your decision making, they’ll go the extra mile for you, regardless of their job title.”

Ed Frauenheim and Kim Peters are director of research and content, and executive vice president, respectively, at Great Place to Work, the longtime research partner for Fortune’s annual list of the 100 Best Companies to Work For and other best workplaces lists, including the Best Workplaces in Manufacturing and Production.