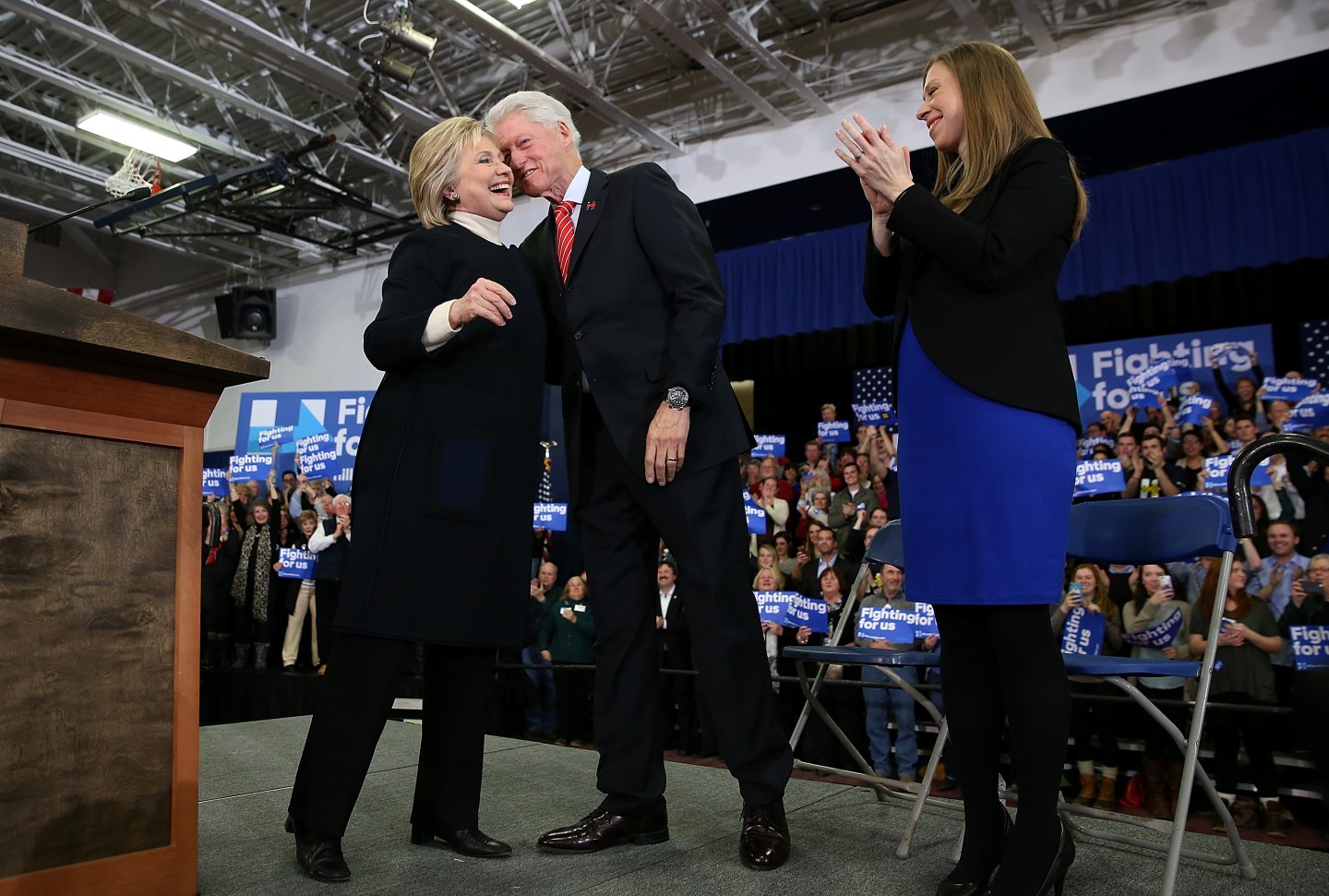 People who go into politics have to arrange their affairs so that they can pursue power while maintaining the type of lifestyle that well-educated executives and their children have come to expect. In this presidential campaign season, as we’ve charted in this series, the dozen-odd serious candidates have employed a variety of strategies.

Then there is the model that Democratic candidate Hillary Clinton and her husband, former President Bill Clinton, have pursued — with astonishing success. For them, politics is the family business. There is no distinction between business careers and political careers. Holding and serving in public office provides a platform from which they can monetize experience, connections and prominence. And then they use the wealth gained through, say, speaking engagements and media tours, to lay the groundwork for the next campaign. Electoral office, business, wealth, and public service, all meld together seamlessly.

It’s a remarkably high-reward strategy, but an equally high-risk one. In ordinary times, giving six-figure speeches to Wall Street banks can become fodder for opposition research. In populist times, as Hillary Clinton has learned, ties to the elite echelons of the private sector serve as oxygen for a challenge from the left. Here’s a look at Clinton’s “family business.”

The early years: For nearly two decades, Hillary Clinton served as half of a variation of the the “Wives of Wall Street” model, working as a lawyer in Little Rock and serving on corporate boards (Walmart, TCBY, LaFarge Corp.) as husband Bill Clinton served in low-paying positions like Governor of Arkansas (1991 salary: $35,000). In 1991, when Bill Clinton launched his presidential campaign, Hillary earned about $60,000 from her board seats and $110,000 from her work as a lawyer. Hillary Clinton also made highly controversial six-figure profits on commodity trading.

Swapping roles: When Bill Clinton’s tenure as president ended, the two swapped roles seamlessly. Ex-President Clinton hit the speaking circuit and wrote a big-bucks memoir, and Hillary ran (successfully) for the Senate in both 2000 and 2006. (The job paid $145,000.) Hillary managed to get an $8 million advance for the first memoir, Living History, which she wrote and published while serving in the Senate. After unsuccessfully competing for the Democratic presidential nomination in 2008, she moved from the Senate to Secretary of State (2009 salary: $186,000).

The cash allowed the couple to maintain a lovely home in the Chappaqua, New York (Zillow estimates it’s worth $1.8 million), and a far more sumptuous mansion in Washington, D.C, (Zestimate: nearly $6 million).

Big bucks on the talk and book circuit: Since returning to the private sector, Hillary Clinton has followed Bill Clinton’s path. She has documented her activities extensively. She pulled in a reported $14 million advance for her memoir of the Obama era, Hard Choices. In 2013, Hillary gave 36 speeches for about $8.5 million, most at about $225,000 a pop, to customers such as Goldman, Sachs and Fidelity Investments. The same year, Bill gave 34 talks for $10.22 million. The couple’s 2014 tax return listed combined income of a whopping $28 million. President Clinton earned $8.44 million (net) from speaking, and more than $6 million from consulting, while Hillary earned a net $8.7 million from speaking and $4.6 million from her books.

Democrats are famously the party of labor. So perhaps it is no surprise that their income comes almost entirely from labor – speaking, consulting, and writing. On the couple’s 2014 tax return, they reported income of only about $22,000 from investments. The section on capital gains is essentially blank. For the sake of appearances, and to remain compliant with the ethics rules, the Clintons and other families for whom politics is a business have to turn off the money spigot when they’re running for office and when they are serving in office.

So what are the risks?

Few people resent politicians who make lots of money from selling memoirs, or starting a business. But the Clintons’ particular business—getting paid a multiple of the typical American family’s annual income for a 40-minute speech—raises some appearance problems. It’s hard to come across as a credible critic of Wall Street when your bed is feathered with six-figure speaking payments to investment banks and private equity firms.