Fed Minutes, Walmart Earnings, and South Carolina—5 Things to Know for the Week Ahead 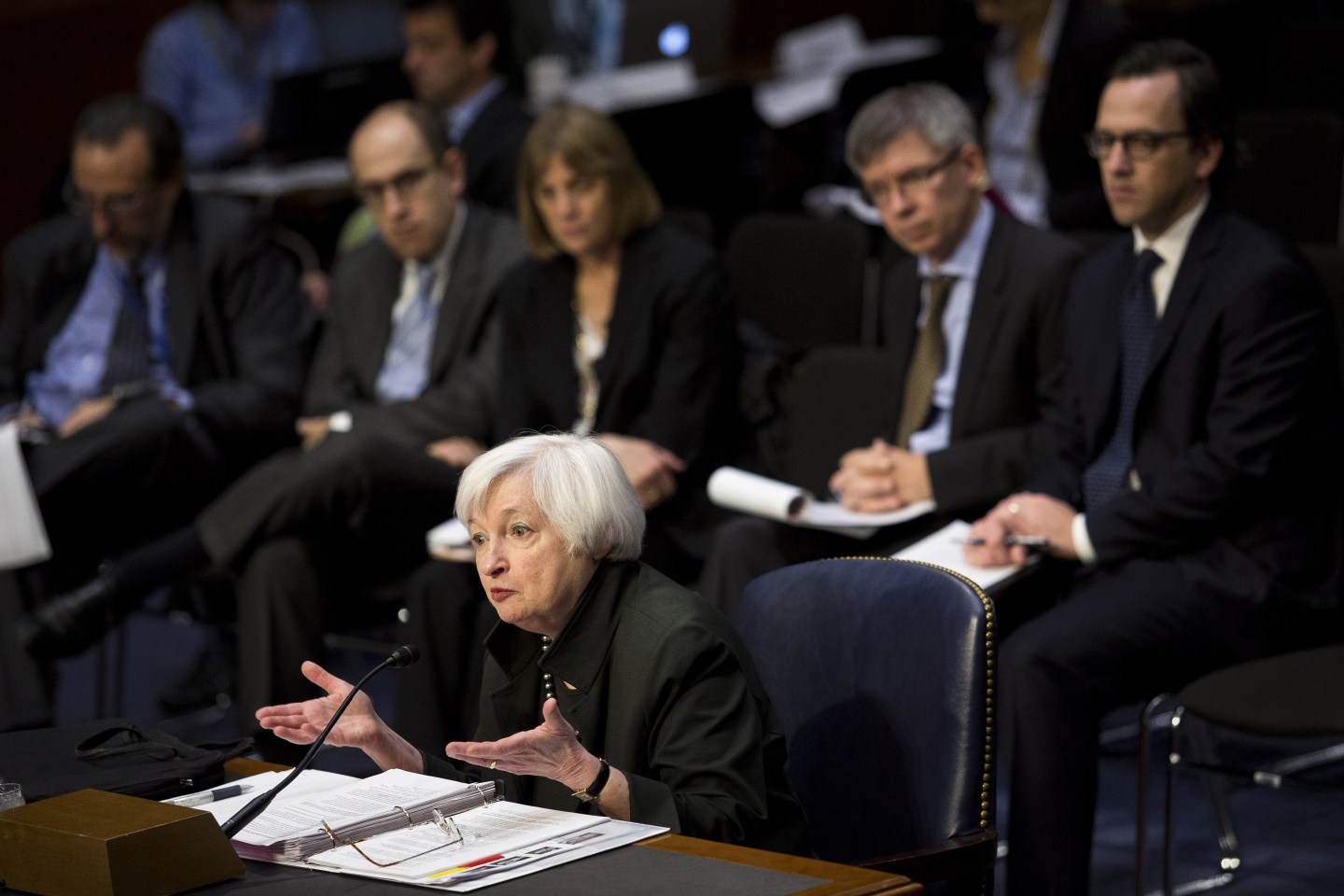 It’s another short week coming up, thanks to President’s Day closing markets on Monday. Stocks actually ended last week on a somewhat high note, thanks to rising oil prices and a strong January retail sales report. Earnings season is beginning to wind down, but a few major players are still set to release quarterly updates this week. Meanwhile, the market will keep its eye on the Fed’s release of minutes from its first meeting of the year. Also, the world’s biggest recording artists will gather to honor one another at the Grammys on Monday, while presidential candidates in both parties will look to nab delegates from South Carolina and Nevada over the weekend.

The Federal Reserve will release minutes from its late-January meeting on Wednesday. The central bank kept interest rates steady in that meeting after previously raising rates for the first time in nearly a decade at the end of 2015. The global market volatility so far in 2016 has many economists wondering whether the Fed will keep the current rates in place rather than moving forward with plans for multiple incremental hikes in 2016. Last week, Fed chair Janet Yellen told Congress that she still expects rates to increase gradually throughout the year.

Also this week will bring a couple of key gauges of inflation, with the Labor Department expected to report on Wednesday that its producer price index dropped 0.2% last month amid the ongoing drop in oil prices and the strong U.S. dollar. And, on Friday, the Labor Department should report a 0.1% dip in the consumer price index last month after the index also fell in December.

On Thursday, the world’s largest retailer is likely to post quarterly results showing fourth-quarter sales that outpace Wall Street’s forecasts. The company has moved to slash costs with store closures that included shutting down its smaller format Walmart Express stores. Investors will want to hear Walmart’s (WMT) forecasts for the rest of the year as the retailer continues to face stiff competition online from e-commerce giant Amazon (AMZN). Walmart is hoping that its decision to raise the pay of 1.2 million of its workers will help to improve customer service and boost sales.

Now that the Democrats and the GOP have moved on from Iowa and New Hampshire, the two parties’ candidates look ahead to their respective next contests this Saturday. That day, Hillary Clinton and Vermont Sen. Bernie Sanders face off in the Nevada caucuses, where the two candidates were recently even in the polls. Meanwhile, Republicans will vote in South Carolina on Saturday (the Dems’ S.C. primary is later this month), with Donald Trump maintaining a lead on his rivals following his Granite State victory.

The country’s second-largest satellite television provider is likely to report a slight increase in quarterly revenue when it reports on Thursday. Dish Network (DISH) has managed to attract younger customers, including so-called cord-cutters, with its $20-per-month Sling TV streaming service. Meanwhile, on Wednesday, T-Mobile (TMUS) is expected to post fourth-quarter revenue that barely beats analysts’ estimates, as the nation’s third-largest wireless carrier has seen some success with revamped pricing plans and aggressive advertising. And, on Thursday, department store operator Nordstrom (JWN) should post fourth-quarter sales and profit that fall short of Wall Street’s expectations even after cutting its forecast at the end of 2015. Like some other retailers, Nordstrom blamed disappointing sales on unseasonably warm weather at the start of the winter season.

Monday is a big night for the music industry, with the 58th annual Grammy Awards airing on CBS (CBS). The Grammys don’t have the same diversity problem as the Academy Awards, but the event has suffered from falling ratings in recent years as it struggles to connect with millennial viewers. This year’s big winner could be Universal Music Group, as the Vivendi (VIV) subsidiary is the parent company to record label Interscope Records, which distributed rapper and leading nominee Kendrick Lamar’s 2015 album. Lamar is nominated for 11 awards this year while Taylor Swift and The Weeknd—both of whom also have ties to UMG—are each nominated seven times.