The Leading Grammy Nominees Are All With This Giant Label 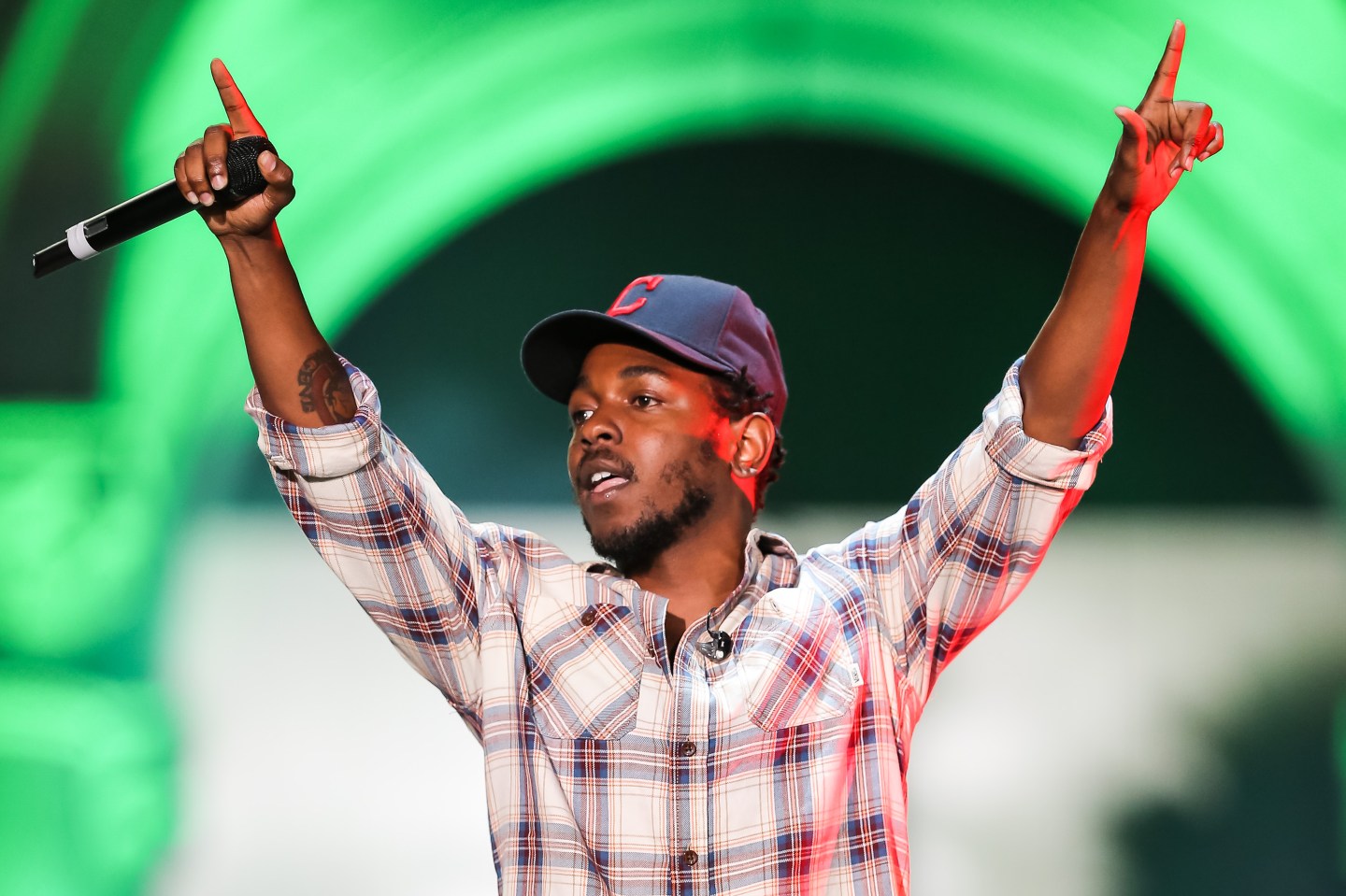 Rapper Kendrick Lamar holds the honor of earning the most Grammy nominations this year, but the company that owns his record label is the real winner today.

Universal Music Group (UMG), itself a subsidiary of French media conglomerate Vivendi (VIV), is the parent company to record label Interscope Records, which distributed Lamar’s heavily-nominated 2015 album To Pimp A Butterfly. That critically-acclaimed album, released in March by Interscope’s Aftermath Entertainment and the record label Top Dawg Entertainment, received a total of seven nods when nominations for the 58th annual Grammys were announced Monday, including for Album of the Year.

Overall, Lamar is nominated 11 times this year, which is more than any other artist and includes his work on Taylor Swift’s hit song “Bad Blood” as well as the Flying Lotus song “Never Catch Me.”

UMG also distributes Swift’s song, part of the mega-hit 1989 album she put out in October 2014, through a partnership with Swift’s independent record label, Big Machine Records. Swift received a total of seven Grammy noms on Monday, including for 1989, Album of the Year, while the song “Blank Space” received nods for Song of the Year and Record of the Year.

Also receiving seven nominations was singer The Weeknd (aka Abel Tesfaye), whose Beauty Behind The Madness is nominated for Album of the Year and was released and distributed by UMG division Republic Records. One of the tracks from that album, the song “Earned It,” is nominated three times, including for Best R&B Song and under the category Best Song Written for Visual Media, because it was included on the soundtrack for hit 2015 film adaptation Fifty Shades of Grey. (The movie was released by Universal Studios, which is actually owned by Comcast (CMCSA) after Universal’s movie and music divisions were split up in separate acquisitions roughly a decade ago.)

Now, Vivendi-owned UMG is set up for a potential repeat of the most recent Grammy awards, when two of the awards show’s biggest winners were Beck and Sam Smith, both of whom are signed with UMG’s Capitol Records.

The Grammys will air February 15 on CBS (CBS).