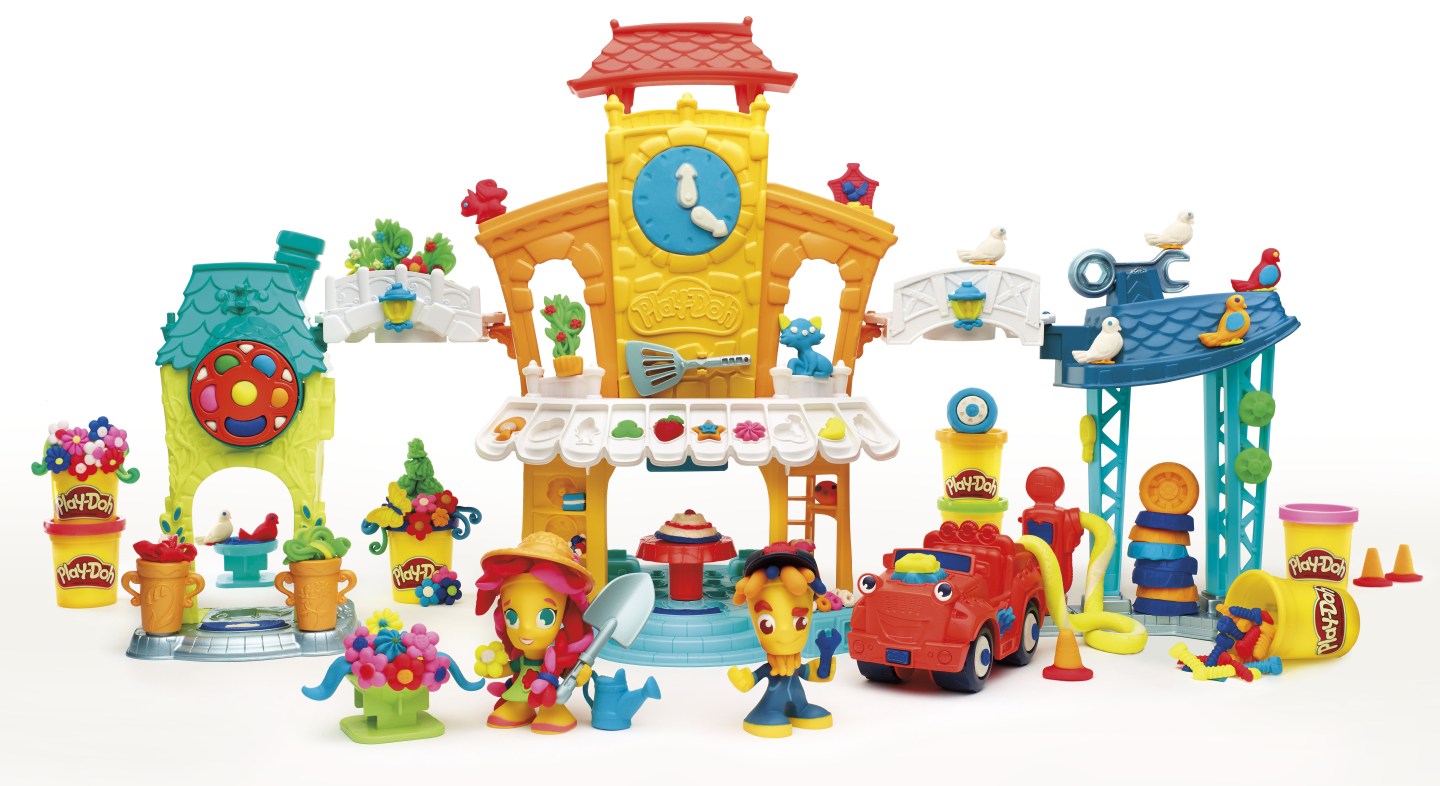 When investors get giddy about Hasbro’s strong sales and share price growth in recent years, big licensed brands from Marvel and Star Wars, as well as company-owned hits like Transformers and Nerf, get most of the credit.

One 60-year-old star often gets overlooked. Play-Doh has molded itself into a strong sales driver.

Since the yellow-canned brand debuted in 1956, Play-Doh has sold more than 3 billion cans of the compound. The brand has reported double-digit revenue growth for three consecutive years, including a 32% increase in 2015. It is also the top selling property in the arts & crafts category tracked by research firm NPD, in the U.S. as well as a handful of markets abroad.

“It becomes a rite of passage for every kid to play with Play-Doh,” Greg Lombardo, vice president of marketing for the brand, told Fortune in an interview.

Part of the enduring appeal of Play-Doh is that it is a form of free play that can rarely be found in the toy aisle these days. Place containers of Play-Doh in front of any child or adult, and they can feel free to express themselves in any form without any restrictions. But it also has helped that Hasbro (HAS) has invested some new innovations for the brand to keep it current. While parents and kids often lovingly espouse the compound’s unique and distinctive smell, nostalgia isn’t enough to keep a decades-old brand like Play-Doh relevant for kids today. So Hasbro has stayed on top of innovation, especially over the past five years.

Updates to the brand

In recent years, new iterations have included a new compound called Play-Doh Plus and arts & crafts line called DohVinci, which is meant for older kids between the ages of six and 12. DohVinci also incorporates a different material that is meant more for decorative, permanent creations that can be constructed using a toy glue gun.

In 2016, Play-Doh is unveiling a new figure-based line for the first time, sets of toys that include firehouses and ice cream trucks. Hasbro made a few key purposeful design decisions to make the sets appeal to both genders. Most characters in the set, like the firefighter, are gender neutral. Kids can assign their own character by adding hair, for example. That builds on Hasbro’s other efforts to address gender equally in the toy aisle, in recent years selling a gender-neutral Easy-Back Oven and Nerf guns meant for girls.

“Play-Doh should be for everyone,” says Lombardo.

Play-Doh, generally meant for kids between the ages of 3 to 6, fights for play time with kids that are growing increasingly interested in play sets and figures. The idea behind the sets that Hasbro is now selling for the brand is to tackle that type of narrative, story-driven play that is popular for that age group.

“We thought about what Play-Doh could bring to allow a kid to play to play out a story,” Lombardo said. The firefighter play set, for example, encourages kids to use the compound to make a red fire or a blue stream of water to fight the blaze.

Play-Doh weighs in on trending social media topics.Courtesy of Hasbro

Beyond product development, Play-Doh keeps it fun on social media. It has weighed in on trending topics like New York City’s Pizza Rat and the white/gold-blue/black dress controversy. That whimsy is another way Hasbro says it intends to keep Play-Doh on retail shelves for many decades to come.