Just How Worried Should We Be About a Bank Bust? 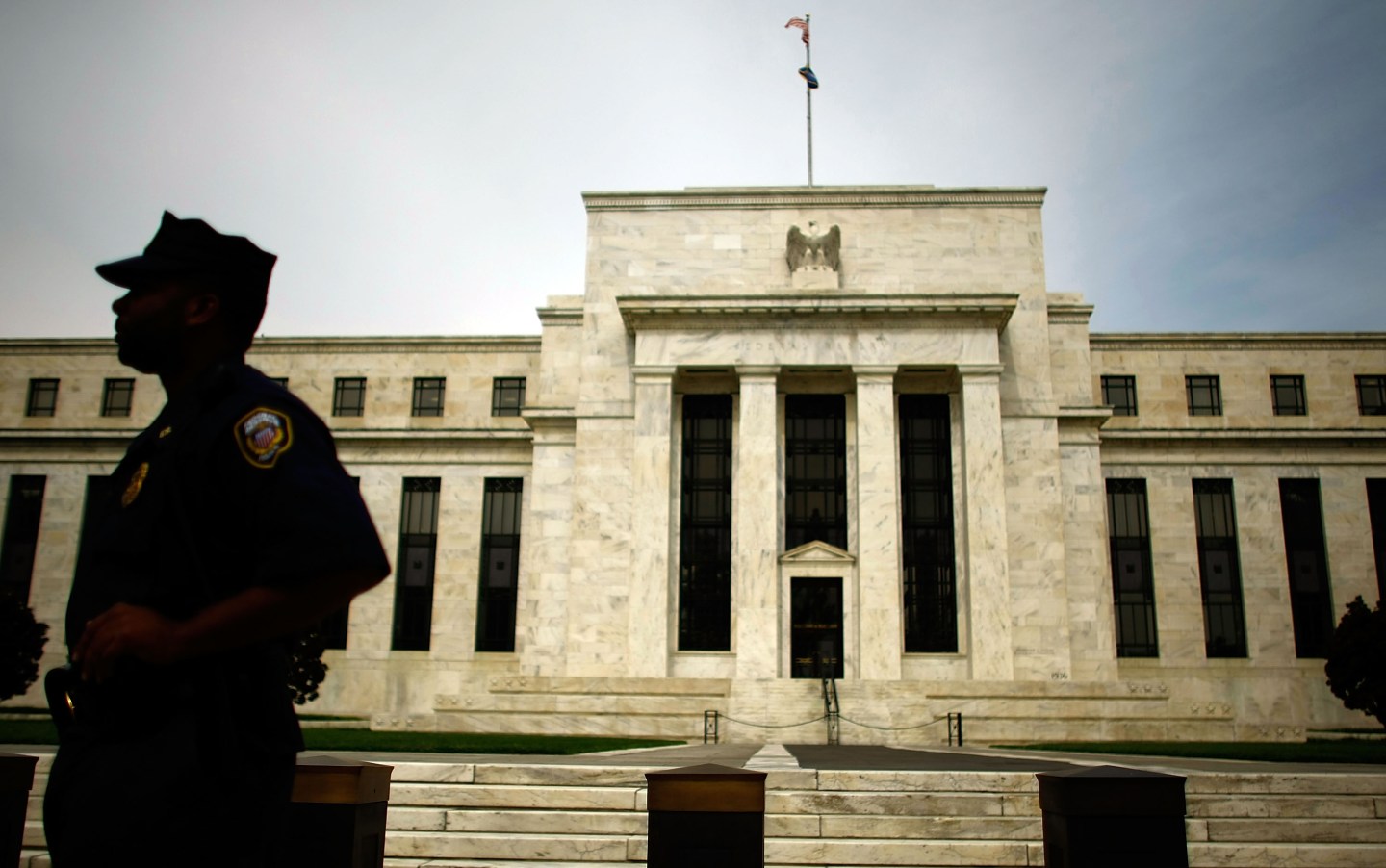 Wall Street is once again worried about the big banks.

Shares of the financial companies have been pummeled recently. Before rallying on Friday, financials were the worst performing sector of the S&P 500 so far this year, down nearly 18%. That was far worse than energy or other mining companies.

Big bank stocks rallied on Friday, after reports that J.P. Morgan Chase (JPM) CEO Jamie Dimon had purchased $26 million of his own bank’s shares. Other bank executives have been buying shares of their own companies as well.

The big concern is that banks may be sitting on a pile of bad loans, particularly those it gave to energy companies. And those potential losses may come at a time when banks have the least reserved for bad loans in years: just 1.3% of total loans outstanding, according to Bankregdata.com. On top of that, the yield curve, the difference between short and long-term interest rates, has been flattening. That’s bad for lending profits. Indeed, the price of insuring against a default at one of the big U.S. banks has soared by 64% in the past two months.

What’s more, all six of the nation’s biggest banks are now trading for less than their book value, suggesting that, once again, investors don’t trust bank books. Citigroup (C), for instance, is now trading at 50% of its book value, a sign that investors do not think the bank has done a very good job of fixing its problems over the past few years.

But at least one measure of financial stress is signaling that Wall Street’s recent freakout over the banks may be overblown. The recent reading on the St. Louis Fed Financial Stress index this week was -0.47. That’s well below the 0 level that suggests trouble with risk in the banking world. That index is down slightly from two weeks ago, when it hit a recent high of -0.35.

The index, which was developed in 2010 but includes historical readings going back to the mid-1990s, appears like it would have been a good predictor of problems in the financial system the last time around. According to historical data, the index started to rise in early 2007, crossing into positive territory in the middle of that year, before climbing to nearly 6. The financial stress index also would have been elevated during the dot-com market crash. At the same time, the index would have been above 0 for most of the 1990s.

But some observers say the St. Louis Fed Financial Stress index could be missing problems this time around. The index is compiled by looking at 18 indicators, including the performance of bank stocks, as well as a number of bond market indexes and the difference between a number of lending rates. The price of oil, though, which is the key source of stress in the economy this time around, is not factored into the index.

The index rises when interest rates overall, and the difference between interest rates, rise. And the fact that central banks around the world have kept interest rates so low could be hurting the St. Louis Fed’s stress index’s ability to pick up problems.

“The difference between one negative and another negative rate may be small, but when you are comparing terrible to terrible that’s not going to tell you much,” says Joseph Mason, a finance professor at LSU, who was early in detecting problems in the banking system the last time around.