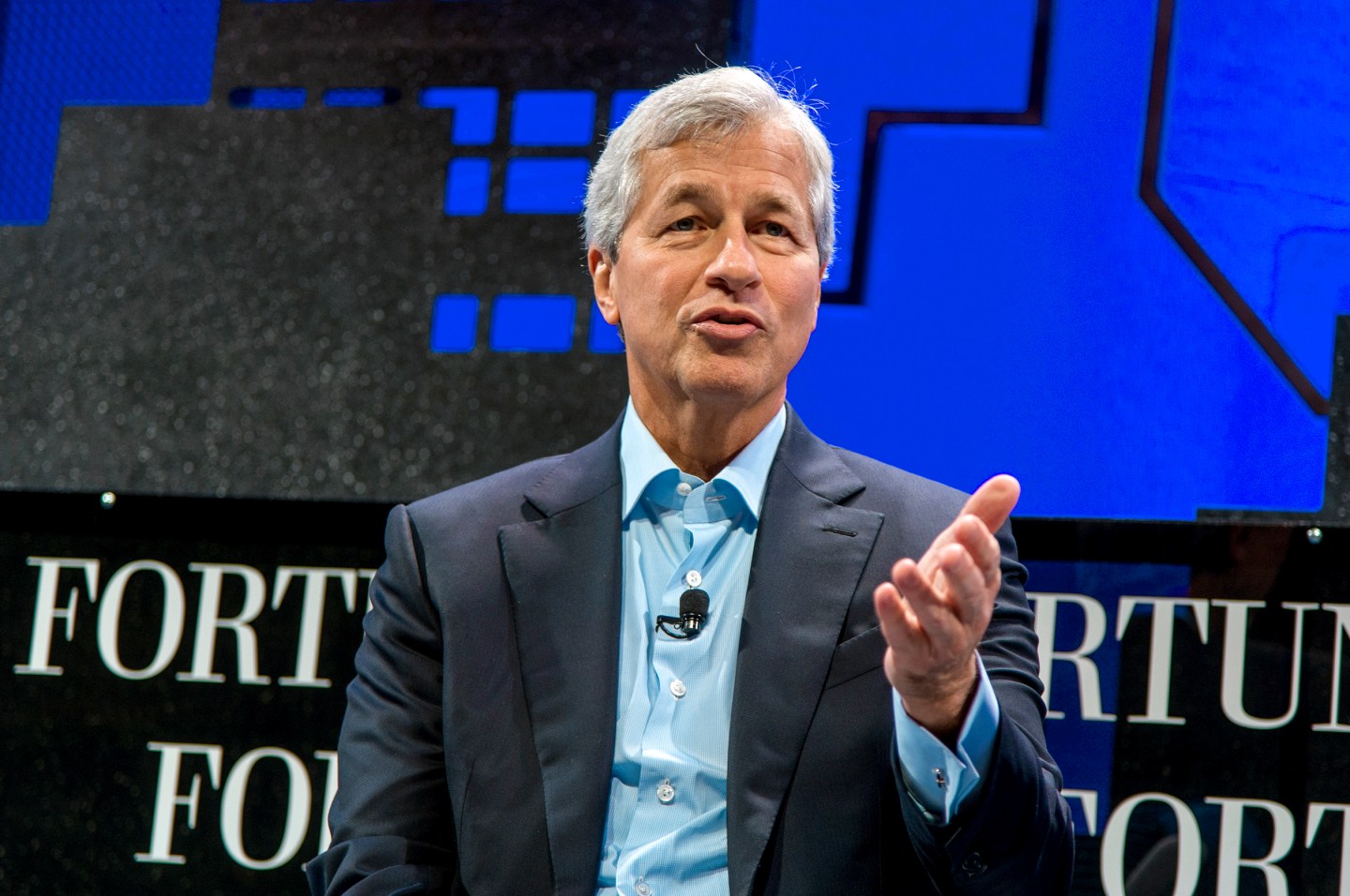 Jamie Dimon has powered through the financial crisis and grown the company’s stock by more than 60%at a time when the S&P Financials index declined by more than 20%. In this closing session, he’ll discuss lessons learned along the way and how banking has changed since the financial crisis Speaker: Jamie Dimon, Chairman and CEO, JPMorgan Chase & Co. Interviewer: Alan Murray, Fortune Photograph by Stuart Isett/Fortune Global Forum
Photograph by Stuart Isett—Fortune Global Forum

Jamie Dimon wants you to know that he thinks the sell-off in bank stocks is overdone.

The JPMorgan Chase (JPM) chief executive has bought $26 million of the bank’s stock this week, his first big investment in the bank he runs in four years.

JPMorgan’s shares have been caught up in the stock market rout since the start of the year, falling over 20% between Jan. 1 and Thurday’s close.

Financial stocks have come increasingly under pressure in recent days due to fears that the increasingly widespread use of negative official interest rates by central banks will destroy the profitability of their core lending businesses. Japan cut one of its deposit rates below zero two weeks ago, and earlier this week, Sweden cut its key rate by more than expected to -0.5% from -0.35% and threatened it would do more if necessary. The significance of that move is that the Riksbank has a track record of anticipating similar moves by the much larger European Central Bank, which has also dropped heavy hints about another rate cut in March.

In addition, the global growth slowdown and the dollar’s rise have sparked fears that many of the loans that banks made to emerging-market borrowers since 2009 will turn sour.

The sell-off has gathered pace this week largely due to concerns about the health of the Chinese and European banking sectors, with some even starting to draw parallels with the 2007-2008 financial crisis. Germany’s Deutsche Bank AG (DB) and France’s Société Générale SA (SCGLY) have been particularly hard hit by concerns about the weakness of their balance sheets.

JP Morgan’s stock rose by 1.3% in after-hours trading after news of Dimon’s purchase was published in a “Form 4” release to the SEC.