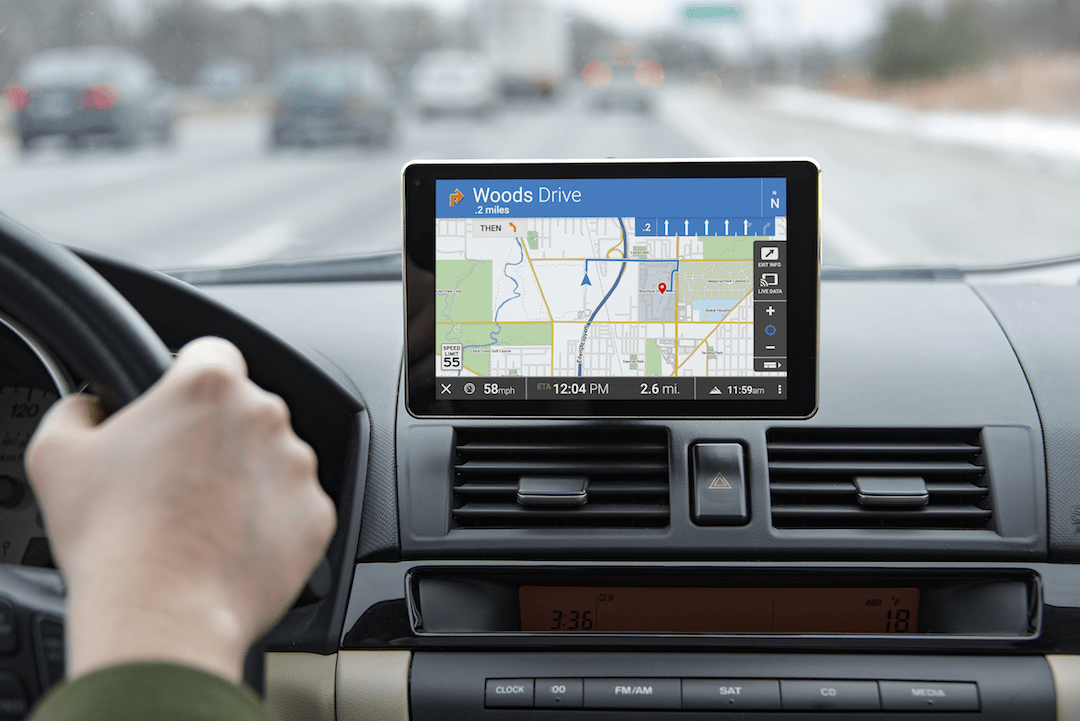 Rand McNally, the company best known for its printed atlases, has developed a portable tablet designed to give owners of older vehicles the same kind of connected car tech they might find in a modern luxury sedan.

The digital heads-up display called OverDryve was unveiled at the Chicago Auto Show, which kicked off Thursday. The dashboard tablet, in retail stores this spring, is equipped with voice-activated software to let drivers make and receive texts and phone calls, play music, or access GPS navigation. It also has a built-in dash camera that warns drivers with a visual and audio alert about potential frontal collisions.

OverDryve, which is expected to cost $399, can connect to a wireless back-up camera and on-board diagnostic devices that monitor the car’s performance and tire pressure. Once the device is removed from its dashboard mount, it can be used as an entertainment tablet to watch movies or play games.

While Apple (AAPL), Google (GOOG), and automakers focus on providing connectivity platforms and automated safety features for new vehicles, millions of old cars are left in the Dark Ages. In the U.S., the average age for the 258 million passenger cars and light trucks that were registered in 2015 was 11.5 years, according to industry research firm IHS Automotive. That leaves a big opportunity for any company that can develop a way to connect those old cars to a smartphone or computer.

“The vast majority of the 250 million U.S. cars and light trucks on the road today don’t have sophisticated electronics—features such as voice recognition and control, hands-free texting and forward collision detection, just to name a few,” CEO of Rand McNally CEO Stephen Fletcher said in a release.

Are Internet connected cars worth the risk?

Rand McNally isn’t alone in its mission to sell consumers on tech upgrades for older cars. Garmin (GRMN) has also released a dashboard tablet, and San Francisco startup Navdy is developing a digital heads-up display that projects information onto a transparent screen. The yet-to-be released technology is currently aimed at making driving and smartphone use safer. However, the company, which raised $20.3 million last year from investors, could someday become a tool for passengers traveling in self-driving cars.

Then there are the numerous other companies such as Dallas-based Vinli that have developed devices that, when plugged into a vehicle’s diagnostic port, provide a Wi-Fi hotspot as well as a number of apps and services. Any car made after 1996—when diagnostic ports were included—can be turned into a smart car with these devices.

For Rand McNally, this is one way the 160-year-old business is diversifying beyond printed maps and atlases, and even GPS navigation.