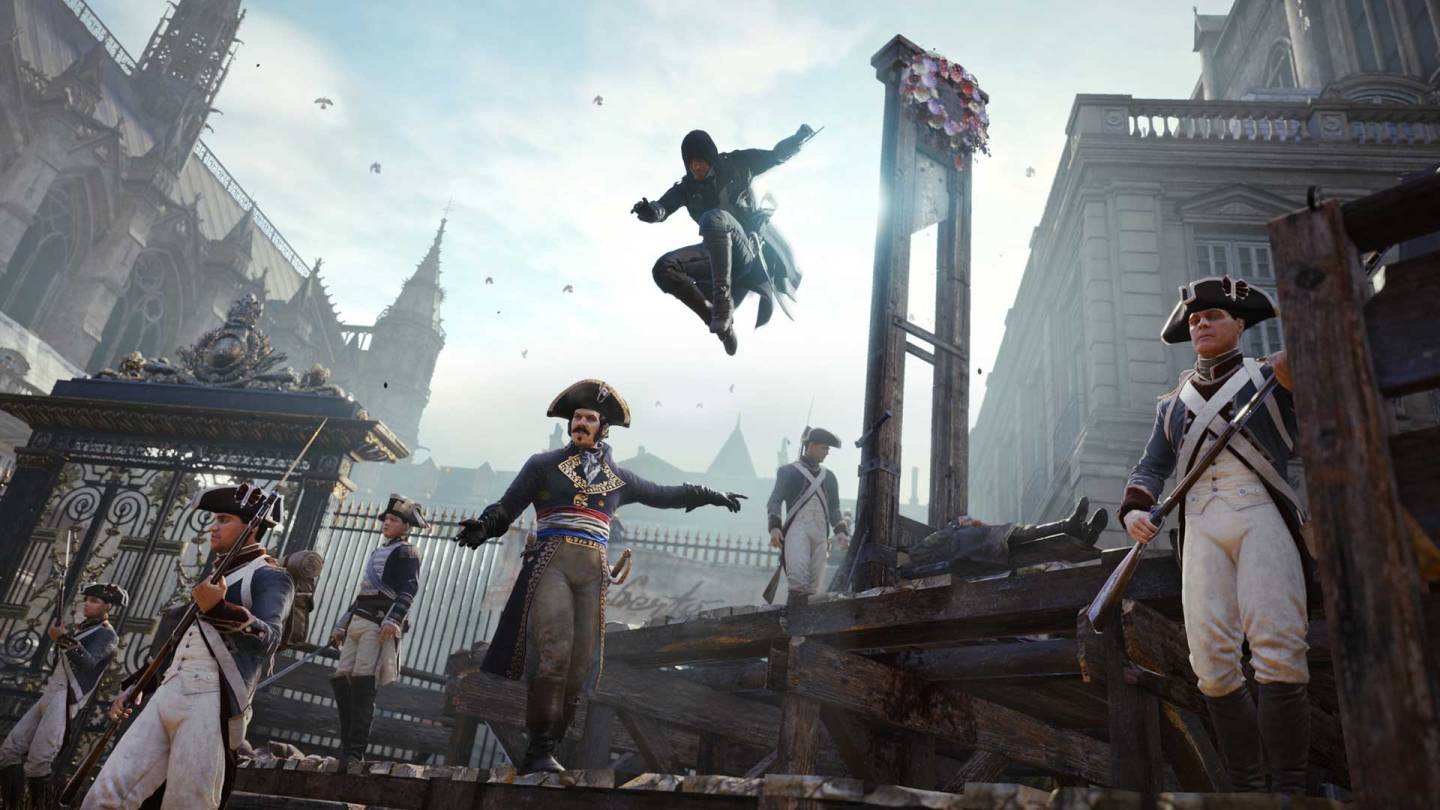 A screenshot from Assassin's Creed Unity, by Ubisoft.
Courtesy: Ubisoft

Every year since 2007, Ubisoft has released an Assassin’s Creed video game. After the release of a feature film based on the franchise in December, players were hoping that this year’s update would be the biggest yet.

Instead, they won’t get a new video game. The publisher has said it will not release an installment this year to give Ubisoft’s development teams a chance to catch their breath and spend some additional time working on the next game.

“This year, we also are stepping back and re-examining the Assassin’s Creed franchise,” the company said in a blog post. “As a result, we’ve decided that there will not be a new Assassin’s Creed game in 2016. Since the release of Assassin’s Creed Unity, we’ve learned a lot based on your feedback. We’ve also updated our development processes and recommitted to making Assassin’s Creed a premier open-world franchise. We’re taking this year to evolve the game mechanics and to make sure we’re delivering on the promise of Assassin’s Creed offering unique and memorable gameplay experiences that make history everyone’s playground.”

The decision comes after two years of disappointing critical response to the series. The 2014 version, Assassin’s Creed Unity, was marred with numerous bugs (so many that the company suspended “season pass” sales of its downloadable content – where players pay a lump sum for all of the game’s expansions, rather than buying them separately as they’re released). Last year’s Assassin’s Creed Syndicate received a warmer response, but lacked an online multiplayer mode (a rarity in today’s gaming world).

The decision to press pause on the game was likely influenced by Ubisoft’s just-released third-quarter earnings. Sales hit €561.8 million ($636.3 million) on the strength of games like Rainbow Six Siege. Still, that’s a 31% decline from the same period a year ago, in part because sales of Assassin’s Creed Syndicate were lower than expected due to the video game industry’s competitive holiday season.

With the dip in Assassin’s Creed sales and the publisher’s large number of pending big titles due this year, CEO Yves Guillemot said the time was right to give Assassin’s Creed a break—if for no other reason than to ensure the franchise has a strong multiplayer element.

“We are now in a position to take the decision not to release a new Assassin’s Creed game in 2016-17, in order to give the brand a new dimension, while still presenting very solid targets for the fiscal year,” he said. “Our portfolio of powerful franchises is solid and balanced and our global audience is growing steadily. At the same time, the digital segment is playing an increasingly important role and we are making a strong comeback in multiplayer. We now create experiences that accompany players throughout the year so we can enhance their long-term engagement.”

While the move makes sense for the long-term health of the brand, it likely comes with some pain, as a live-action Assassin’s Creed film starring Michael Fassbender is set for release on Dec. 21. Studios and game publishers typically like to jointly release products, so they can ride each other’s coattails and increase the overall audience.