Swiss Watches Are Getting More Affordable 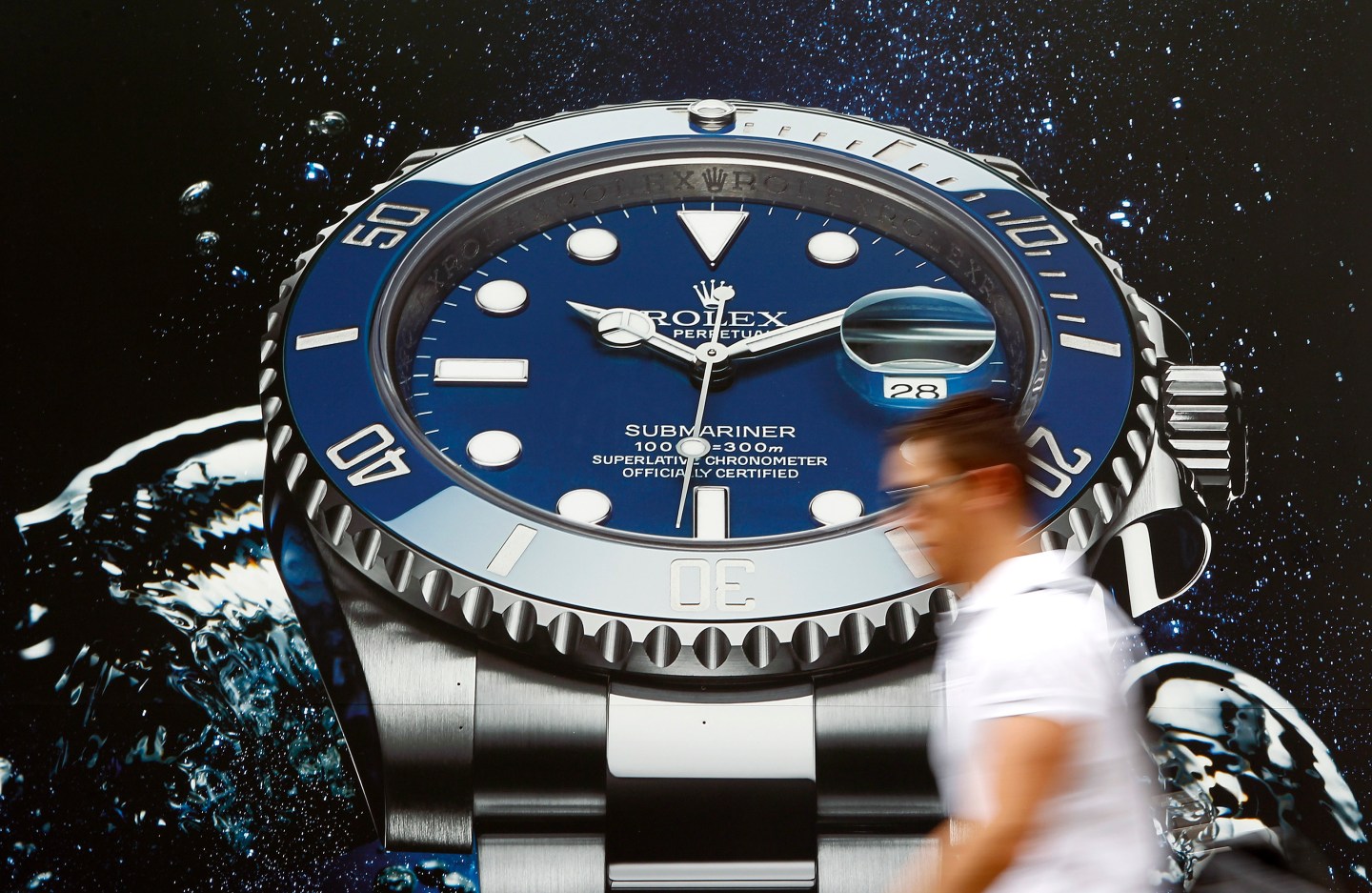 To surf one of the many unauthorized watch “dealer” sites, better known as the “gray market,” is to find a horological bounty at bargain prices. Are you in the market for a Breguet “Classique Hora Mundi Automatic”? Jomashop.com is offering one for $54,995, 30% off the listed retail price of $78,900. Interested in a Rolex Cosmograph Daytona in platinum? Prestigetime.com is selling one for 15% off at $70,125.

“Yes, the gray market has exploded,” says one large east coast retailer who deals in both contemporary and pre-owned certified vintage timepieces. (Like most interviewed for this article, he didn’t want his name used.) “It’s crazy what’s out there.” Not only online. “Walk down 47th Street in New York,” he says, “you used to find just vintage watches for sale, and it was rare to find contemporary watches. Now you’re seeing brand new pieces, sealed and ready to go.”

These are turbulent times for luxury Swiss watches, those wonders of 15th century technology now prized as 21st century status symbols. After years of intense growth and record sales, several signs indicate that the industry’s tick has slackened to a slow tock. In January, the Federation of the Swiss Watch Industry reported exports fell 3.3% in 2015 to $21.2 billion (21.5 billion Francs) – the first such decline since 2009.

By most accounts, last month, the halls of the Salon International de la Haute Horlogerie, the posh Geneva watch fair showcasing such brands as Cartier and IWC was a decidedly somber affair, with watchmakers — who regularly offer timepieces with price tags on par with a Hamptons summer rental – introducing (gasp!), a range of timepieces at lower price points. For instance, Piaget whose watches usually start at around 10,000 euros ($11,147), presented a new women’s line at around 7,000 euros ($7,800).

Now, as the world’s horological cognoscenti prepare to gather next month at Baselworld, the largest watch trade show in the universe, pessimism among the top brands’ executives has reached a four-year high — this according to a new industry study published by Deloitte. While 2015 was difficult, Karine Szegedi, the report’s co-author in Geneva cautions, “This is looking to be a very challenging year.”

The slowdown first began with China’s anti-corruption drive and its crackdown on luxury gift giving, coupled with the country’s economic slide. Indeed, exports to Hong Kong alone, a major hub for Swiss watches, dropped 22.9%, according to the Federation. The soaring Swiss franc, drop in oil prices, along with global political and economic volatility have all played a hand, hitting sales in the top watch-buying markets of Asia, Russia, and the Middle East.

At the same time, smart watches, once regarded by Switzerland as little more than a sideshow, have become a serious factor – particularly for those looking to spend under $1,500. According to the Deloitte study, a year ago, just 11% of watch executives viewed smart watches as a competitive threat, this year, 25% do.

The elephant in the room

Among the many issues rattling the industry, however there’s another, less openly talked about reason for the downturn: the tremendous glut of inventory. The robust sales of recent years created a hyped-up market, spurring manufacturers to increase production.

Now the flood of timepieces largely intended for Asia and Europe aren’t moving; rather they’re turning up on the “gray market,” where new models, unlike those sold at authorized retailers, can be had at steep (15% to 60%) discounts. “Watch brands saw big numbers everywhere, and they started overproducing,” says David Sadigh, the founder and chief executive of the market research firm, Digital Luxury Group in Geneva. “But sales have not been at their level of expectations.” The surplus stock ends up in these gray markets.

That is why elite brands and models, usually found in boutiques lining Rodeo Drive or the Bahnhofstrasse in Zurich, are now sold on eBay, Amazon, and a plethora of dedicated watch sites – and even at Costco (COST).

The flourishing of the gray market is taking away the patina of exclusivity and rarity. “The reality is you can now get anything you want anytime,” says Adam Victor, a vice president at fashion house Narciso Rodriguez and a longtime watch collector. “There were pieces you had to be on a waiting list for at retail, that’s not the case anymore.” Victor now says he’s only collecting vintage pieces.

Such thinking is helping to take the air out of the Swiss watch balloon – and draw more people, especially young people, to the gray market. To a large extent this problem stems from the brands’ own success – particularly among the major luxury conglomerates like Swatch, Richemont and LVMH, which have been aggressively pursuing growth strategies and relying on the Asian market to keep up demand. With that demand dropping, watches are ending up in gray market sites, at lower prices.

To be sure, there will always be a market for high-end Swiss watches. But given global economic uncertainties, few see this as a short-term downturn. Notes David Sadigh at Digital Luxury Group, “It will take a while to sell those watches.”