Cisco Feels the Pain of a Weakened China Economy 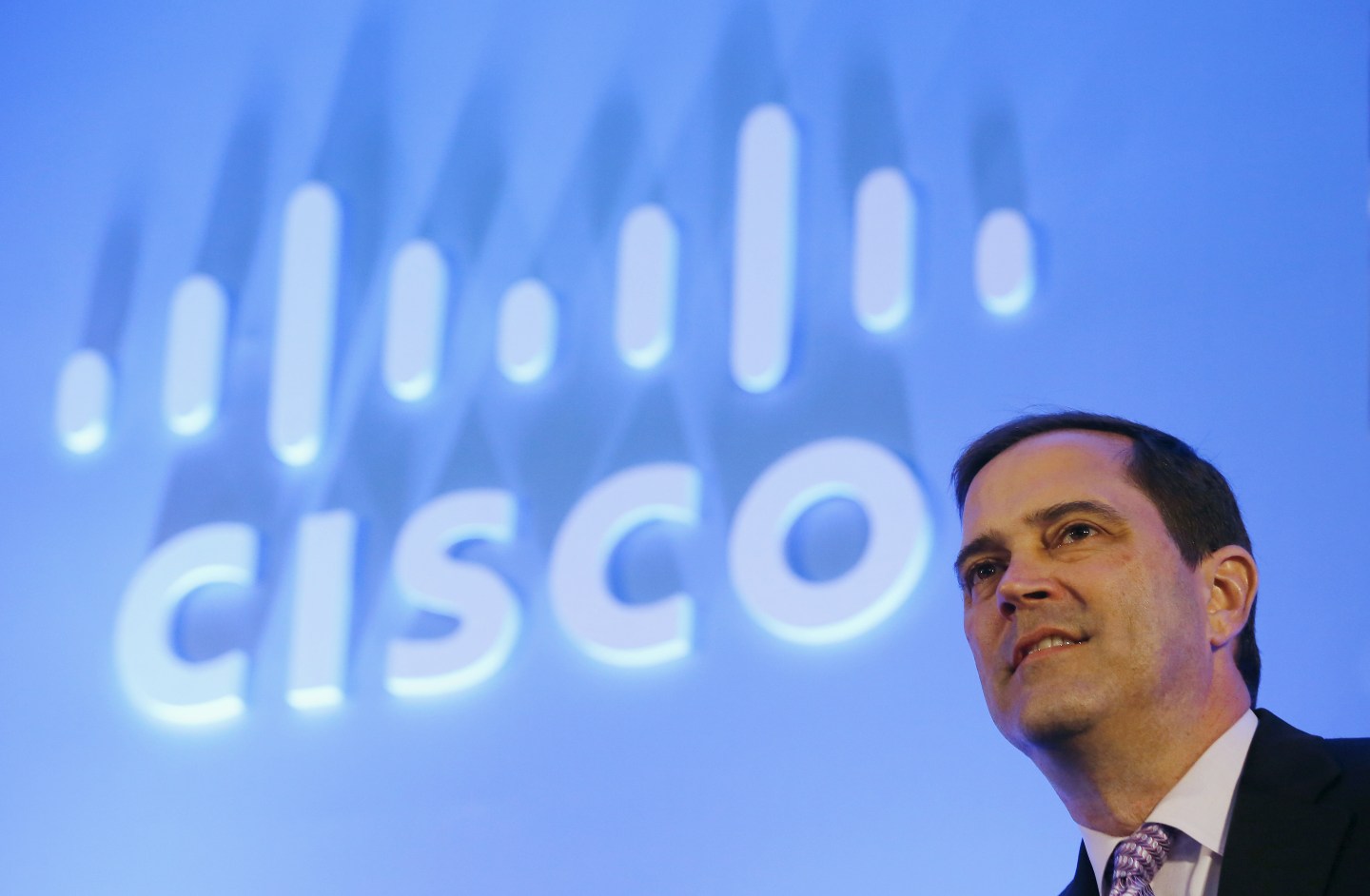 Although Cisco saw its revenue grow 4% on a year-over-year basis, CEO Chuck Robbins said in a call with analysts that the company had slashed its second quarter guidance to 0% to 2% growth, with earnings per share pegged between 53 cents and 55 cents.

“Yes, the guidance is lower than the market was expecting,” said Robbins. “I don’t take that lightly.”

Robbins attributed the decline to unfavorable exchange rates being felt across the Asia-Pacific region. Cisco (CSCO) saw its first quarter sales increase 3% in that region, but Robbins voiced skepticism about significantly increasing sales over the next year, saying that “it’s really a mixed story.”

Cisco has invested heavily in China to grow its business, a goal that encountered significant hurdles after the Chinese government pushed domestic businesses to buy their gear locally. Chinese officials feared that U.S.-made networking technology was a national security risk.

In September, Cisco partnered with China-based server company Inspur to spur sales in the area and help improve relations. Cisco also promised to invest $10 billion in China over the next several years to create Chinese jobs and jump start a flourishing high-tech industry.

Robbins said orders for Cisco equipment in China rose 40% during the first quarter. While encouraging, it was unclear whether the improvement was merely a product of China being a small market for the company.

China now represents 4% of Cisco’s global business, Cisco CFO Kelly Kramer said in an interview with Fortune. That is up slightly from September, when Cisco said China represented only 3% of its overall sales.

Excluding China and India (where orders also rose 40%), the Asia-Pacific region showed big declines. Robbins said that orders there fell 8%, which he blamed on the “ripple effect” of China devaluing its currency. China decided to adjust its monetary policy in August amid financial turmoil caused by a slowing economy. Other countries in the region that have deep trading relationships with China felt the impact almost immediately and have cut back on buying foreign made products including Cisco’s.

And it’s not just Cisco that’s been hurting in the Asia-Pacific region. IBM (IBM) saw its sales in Asia tumble 19% in its latest quarter while Hewlett-Packard (when it was one company, not two) (HPE) saw its sales in the region drop 7%.

China’s devalued currency also means that Chinese exports are cheaper, which could lift the business of Huawei, a big Chinese rival to Cisco in the region. Kramer acknowledged that Huawei could benefit from China’s currency devaluation.

But she said that Cisco was confident that its ongoing investment in its security business would give it an advantage over Huawei, especially as it competes with the company outside of China. Cisco is banking on its security business as a big source of future growth and has, over the past few months, acquired a handful of companies in the space.