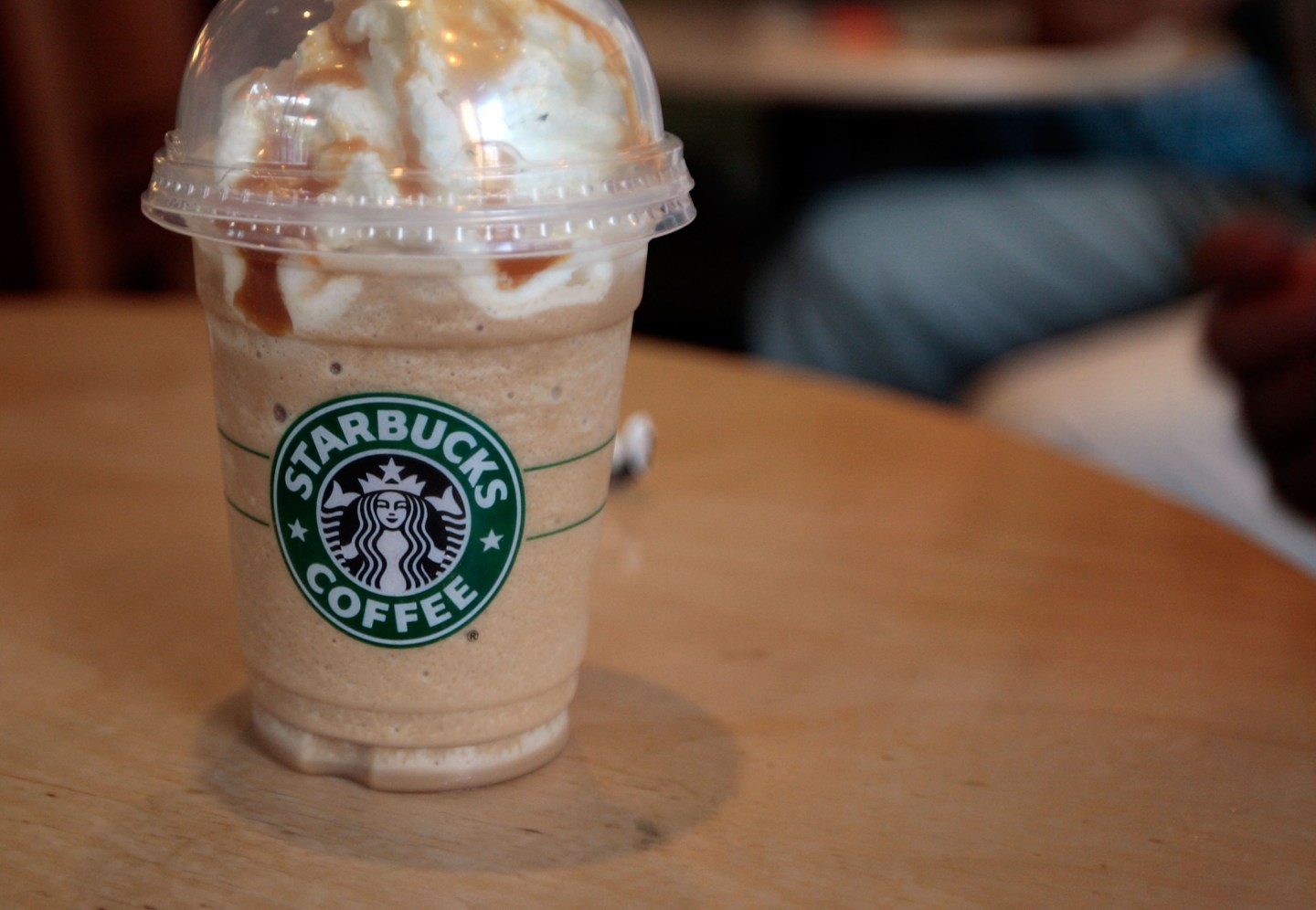 NEW YORK - AUGUST 21: A blended coffee drink sits on a table at a Starbucks Coffee shop in lower Manhattan August 21, 2009 in New York City. Starbucks, America's dominant coffeehouse chain, is changing some of its prices, raising them for elaborate specialty drinks and cutting prices for some others. (Photo by Chris Hondros/Getty Images)
Photograph by Chris Hondros—Getty Images

As it turns out, it’s because the Food and Drug Administration has certain standards for what can actually be labeled as “chocolate,” and the “chocolatey chips” ingredients that Starbucks (SBUX) uses don’t fit the bill. According to Consumerist, the FDA requires that ingredients contain a minimum of 15% chocolate liquor by weight.

Chocolate liquor, by the way, is not the same as chocolate liqueur—it’s the result of grinding up cacao nibs, which are the purest form of chocolate made by fermenting, drying, roasting, and crushing cocoa beans. Ingredients that contain less than the FDA-required percentage cannot legally be labeled as “chocolate,” and have to defer to “chocolatey,” “chocolate-flavored,” or other terms that companies likely hope will go right over the consumers’ heads unnoticed.

According to Starbucks’ ingredients lists for its Valentine’s Day drinks, “chocolate mass” (a.k.a. chocolate liquor) only comes in at the very end, meaning it’s one of the least prevalent ingredients. At just 2% by weight, it falls significantly below the federal standards.

In explaining the coffee chain’s ingredient choice, a Starbucks representative told Consumerist, “This is the best recipe for ease of melting in our Molten Chocolate handcrafted beverages and blending into Frappuccino Blended Beverages.”