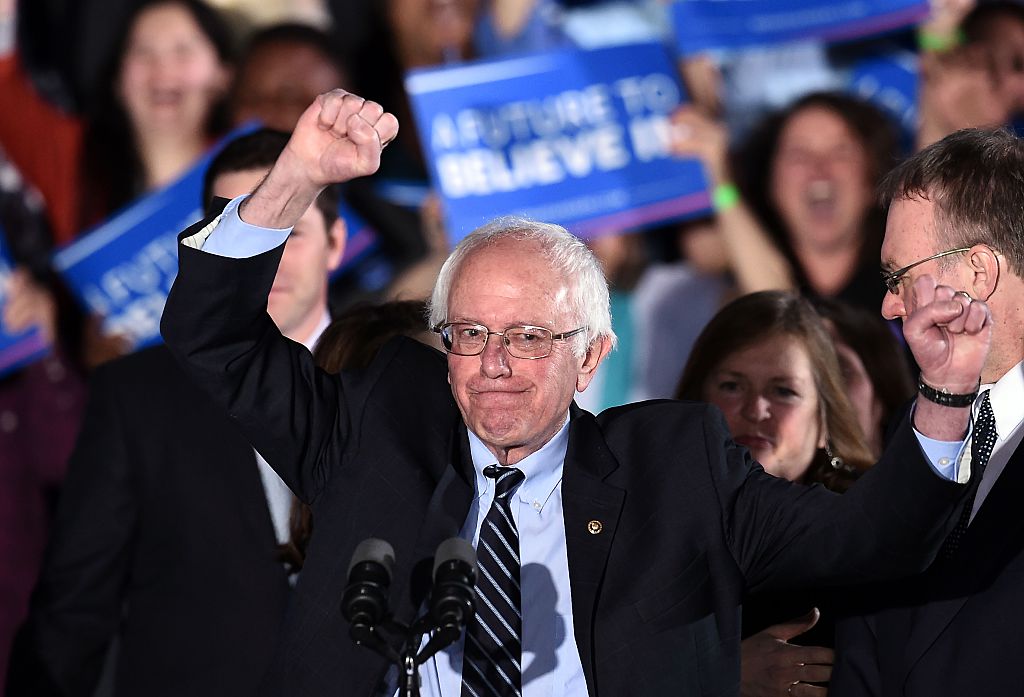 During the last quarter of 2015, Bernie raised approximately $105,000 from employees working at the five largest technology companies in Silicon Valley, The Wall Street Journal is reporting, citing data obtained from the Federal Election Commission. Clinton pulled in about $95,000 from workers at the same companies.

It was the first time Sanders outdrew Hillary Clinton in Silicon Valley donations, dealing yet another blow to the Democratic presidential candidate, who lost to Sanders on Tuesday in the New Hampshire primary.

True to Sanders’ own claims that the vast majority of his donations come from small donors who support his message, the Journal‘s evaluation of the campaign filings found that most donors gave far less than the maximum campaign contribution amount of $2,700.

Sanders, who is vying for the Democratic candidacy for the 2016 election, was even a favorite among some of the technology industry’s biggest companies. Indeed, the Center for Responsive Politics, which evaluates campaign donations and furnished some data to the Journal, found that companies like Apple (AAPL) and Google (GOOG) were among his biggest corporate donors, each doling out thousands of dollars to his campaign.

That Silicon Valley is starting to take Sanders more seriously could prove even more troublesome to the Clinton campaign, which has relied heavily upon technology companies to boost her fundraising. According to data compiled from the Center for Responsive Politics, Clinton has so far raised more than $1.1 million from employees working in the “Computers/Internet” industry. Sanders has raised more than $268,000.

The victory in Silicon Valley for Sanders comes just days after he revealed that he raised $20 million in just one month on a large amount of small donations. Hillary Clinton, meanwhile, raised about $15 million during the same period.

For more on Sanders’ win in New Hampshire, watch:

What’s unclear, however, is how long Sanders can maintain his momentum. Despite winning the New Hampshire primary in convincing fashion and narrowly losing to Clinton in the Iowa caucuses, Sanders doesn’t have the support of heavily funded Super PACs, relying solely upon donations from companies and individuals to run his campaign. And in the high-stakes world of presidential politics, money is often critical to victory.

Sanders isn’t showing much promise in the upcoming primaries. According to Real Clear Politics, which keeps tabs on all of the latest presidential polls, he’s behind Clinton by an average of 29.5% in the next primary in South Carolina. In Florida, which is set to vote next month, he’s even further behind, at 39%. National polls show Sanders likely losing the Democratic nomination to Clinton by 13.3%.

Still, questions remain over whether his huge win last night in New Hampshire, where he secured 60% of the votes, will give him some much-needed momentum heading into the upcoming states.

Until then, it appears that at least Silicon Valley has his back.