US Foods Files for an IPO 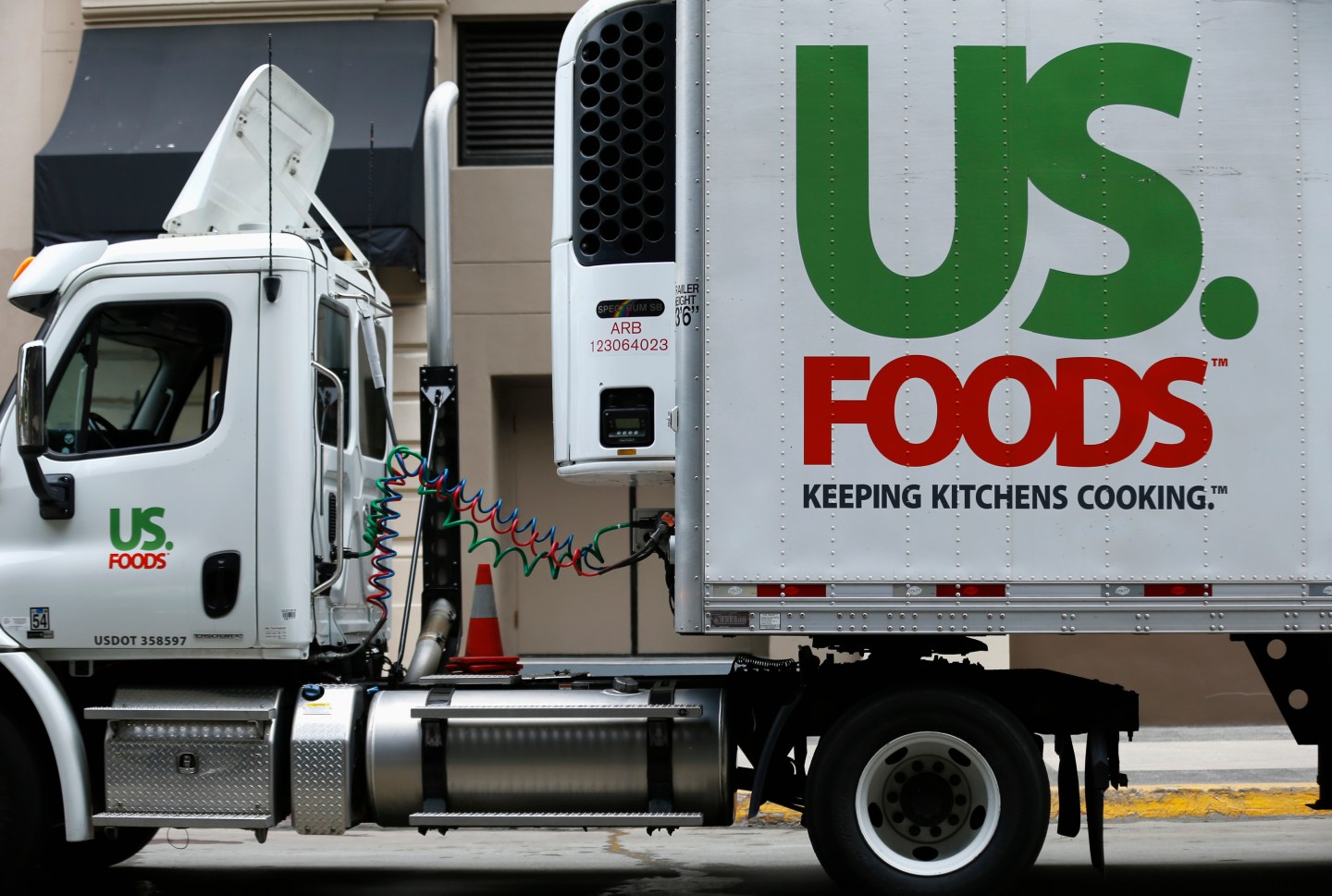 US Foods, an Illinois-based foodservice giant with more than $23 billion in annual revenue, on Tuesday filed for an initial public offering.

The company says that it plans to raise $100 million, although that is almost certainly a placeholder figure that will increase as the listing gets closer. US Foods plans to trade on the New York Stock Exchange under ticker symbol USFD. No underwriting banks were identified.

US Foods had been owned by Dutch retailer Royal Ahold until 2007, when it was acquired by private equity firms Kohlberg Kravis Roberts & Co. (KKR) and Clayton Dubilier & Rice for $7.1 billion in cash. The company had agreed in 2013 to be acquired by Sysco (SYY), but the deal was terminated last year following U.S. regulatory objections.

For fiscal 2014, US Foods reports a $73 million net loss on around $23 billion in revenue. This compares to a $57 million net loss on $22.3 billion for fiscal 2013. The company also reports a $177 million profit on just over $17 billion in revenue for the 36 weeks ending Sept. 26, 2015. That most recent period was boosted by $288 million in net revenue related to the Sysco agreement termination.