GM Is Officially in the Online Used Cars Sales Business 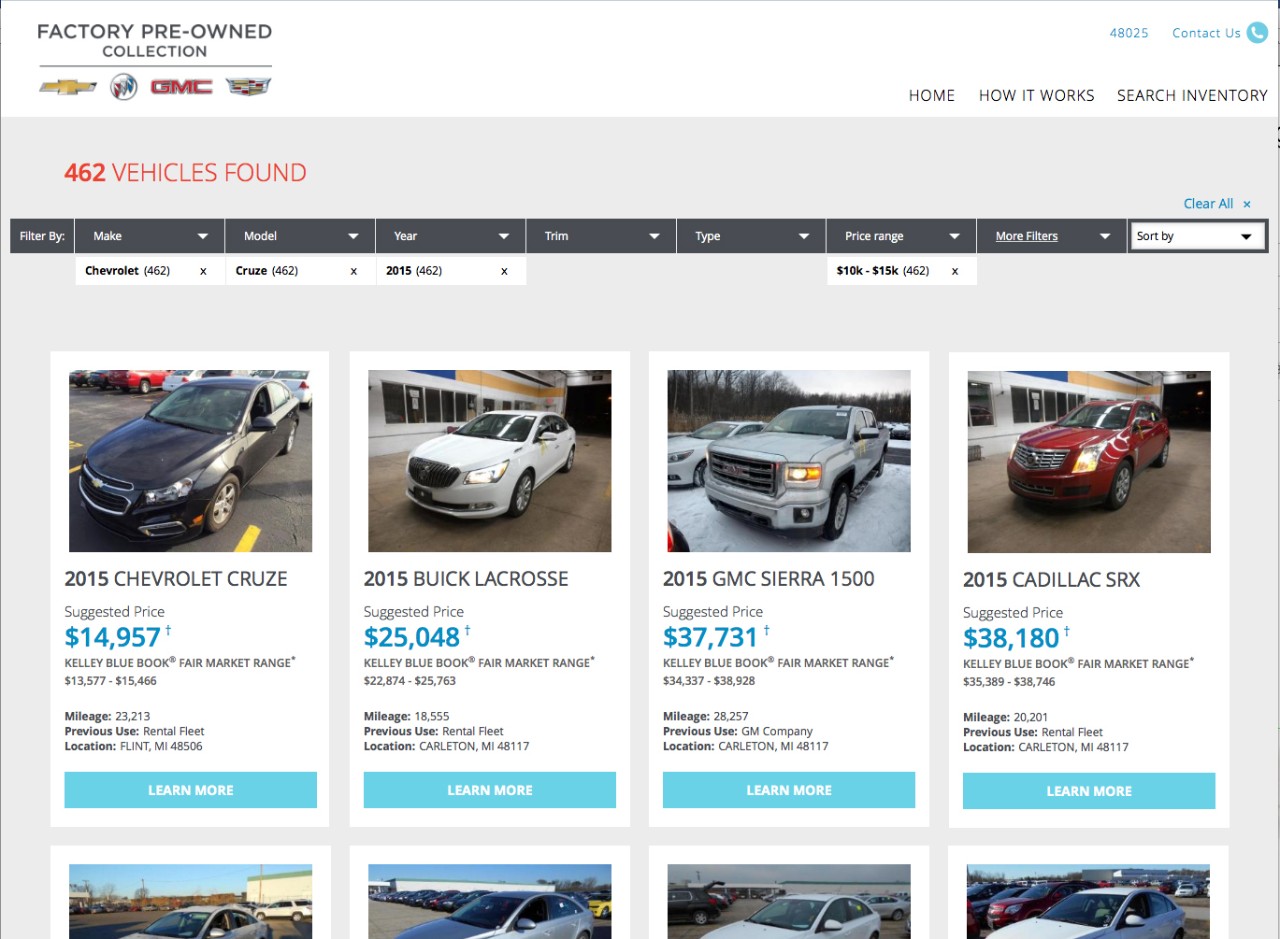 The used car website features a nationwide inventory of more than 40,000 cars, all with fewer than 37,000 miles, according to GM. Extended factory bumper-to-bumper limited warranties are included.

More than 1,000 GM dealers from across the U.S. have already agreed to participate in the online used car program since it was announced by GM CEO Mary Barra on Jan. 13.

The online used car site also lets consumers exchange the car after three days or 150 miles if they don’t like it, try the OnStar communications service for three months, and access Sirius/XM satellite radio. Vehicles also come with roadside assistance and courtesy transportation during the warranty period, GM says.

The GM website lists a suggested price for each car. Shoppers can negotiate the price with the dealer via email or in person. The buyer can submit an online credit application, which reserves the car for one day. The buyer must take delivery of the car at the local dealership of their choice.

General Motors—like many of its competitors—is looking for new ways to generate profits beyond its traditional business of making, selling, financing, and servicing cars. While online car sales isn’t exactly unconventional, it does represent a consumer buying trend that has accelerated in the past couple of years.

Consumers, hoping to bypass the often painful and slow process of buying a car from a dealer, are increasingly turning to online used car sites. And that’s caused a wave of startups and automakers to enter.

Many of these startups such as Vroom cut dealers out, while CarLister and others include them. Shift Technologies, Beepi, Carvana, Vroom, and Carlypso are also vying for the same business. GM’s entry is an attempt to prevent these newcomers from siphoning away sales from dealers.

GM is making some more audacious moves as well. In January, the automaker introduced a car-sharing service called Maven that combines and expands several of GM’s existing test programs under one brand. Maven is really three car-sharing services in one: a city-based service that rents GM vehicles by the hour through an app, another for urban apartment dwellers in Chicago and New York, and a peer-to-peer sharing service that started in Germany last year.

Over the past seven months, GM has announced several initiatives that highlight its interest in unconventional transportation popularized by a new wave of startups, including its recent partnership and $500 million investment in ride-hailing startup Lyft. Eventually, GM wants to develop a network of self-driving cars within Lyft’s service that can shuttle passengers around town without a driver.