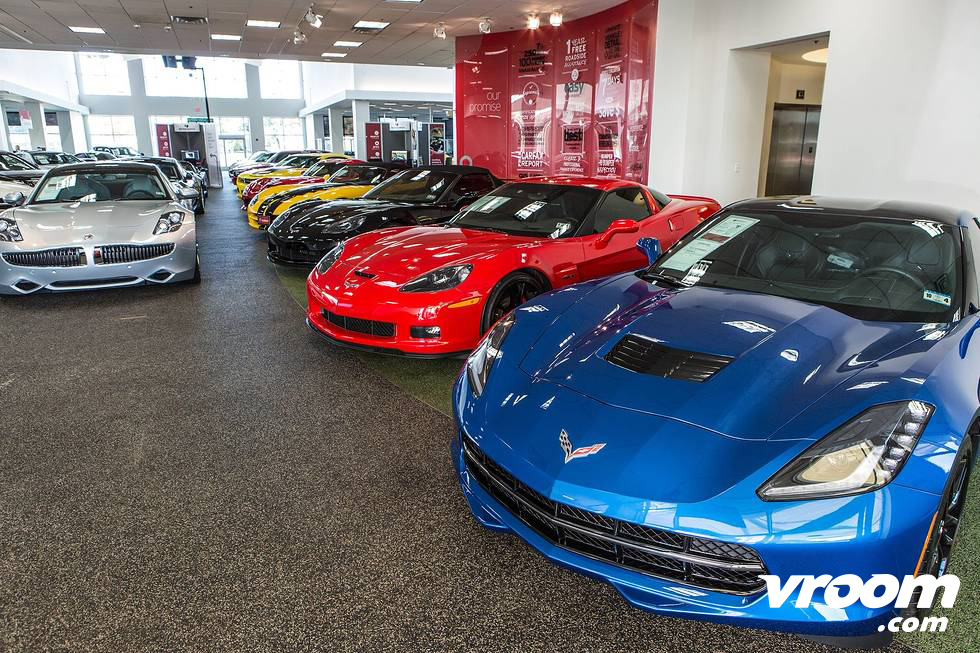 New York startup Vroom has raised $54 million to cut out old school auto dealers and let consumers buy (and finance) a used car via smartphone in just a few minutes.

In short, Vroom wants to make buying or selling a used car as quick and painless as ordering an Uber.

“We want these transactions to be made truly in a matter of minutes,” CEO Allon Bloch told Fortune. “We’re trying to create the opposite experience of going to a dealership, where you have to negotiate the price and there are all these hidden fees.”

Catterton, which backed Restoration Hardware and P.F. Chang’s, led the Series B funding round. General Catalyst Partners, the same venture firm that bankrolled Snapchat, Warby Parker, and Kayak, also invested in Vroom. Other investors in this latest round include T.Rowe Price Associates, Jeffrey Boyd, the chairman and former CEO of The Priceline Group, and Bob Mylod, former CFO of The Priceline Group.

Unlike other online car retailers that create a marketplace for people to sell cars to each other, Vroom handles the entire transaction. The company takes possession of the used car from the seller, reconditions it, and then delivers it to the buyer’s door.

Vroom does have competition in online car sales space. Shift Technologies and Beepi Inc. are raising capital and expanding staff. And each startup offers its own spin on white-glove or concierge-style service.

Capital raised in this latest round will help the company complete that last mile of delivery, Block says. Right now, the company is sometimes forced to use a third-party service to transport cars from its Dallas, Texas reconditioning facility to customers. The company plans to add more of its own vehicles, known as three-car haulers, to its inventory.

“This has the added benefit of having our people hand over the paperwork to the consumer and go over the car in person,” Bloch says.

The new funds will also be used open three-to-four more reconditioning/fulfillment centers over the next two years to be able to deliver cars within 24 to 48 hours. It takes two to four days to deliver cars purchased via Vroom right now.

Bloch wouldn’t say where these facilities would be located. However, he did say that they’ll be near major urban centers in the U.S. The first one will open by the beginning of next year. Each one of these facilities will house between 2,000 and 3,000 vehicles and employ close to 100 people.

An online retailer that sells used cars, sight unseen might seem like a risky business model. But Bloch says, despite some early concerns, it hasn’t been hard convincing consumers to use the site.

The company had nearly $20 million in sales in May and is on track to reach $300 million in 2015. Bloch says they continue to see month-over-month sales growth and will likely double their number of employees to about 300 by July 2016.

He credits the company’s 7-day free of charge return policy for quickly building trust in a business that is only two years old. Bloch insists Vroom has “an extremely low” return rate, in large part because the policy forces the company to reconditions its cars to a high standard.

“This is essentially an extended test drive,” Bloch says. “Most of the time when you test drive a car, it’s for a handful of minutes. The dealer is sitting in the car there with you, blaring the speakers, talking to you, and you’re under pressure. You don’t have time to seriously consider the car.”

Next month, Vroom plans to integrate the financing component online. Currently buyers seeking financing must arrange it through the company’s call center.