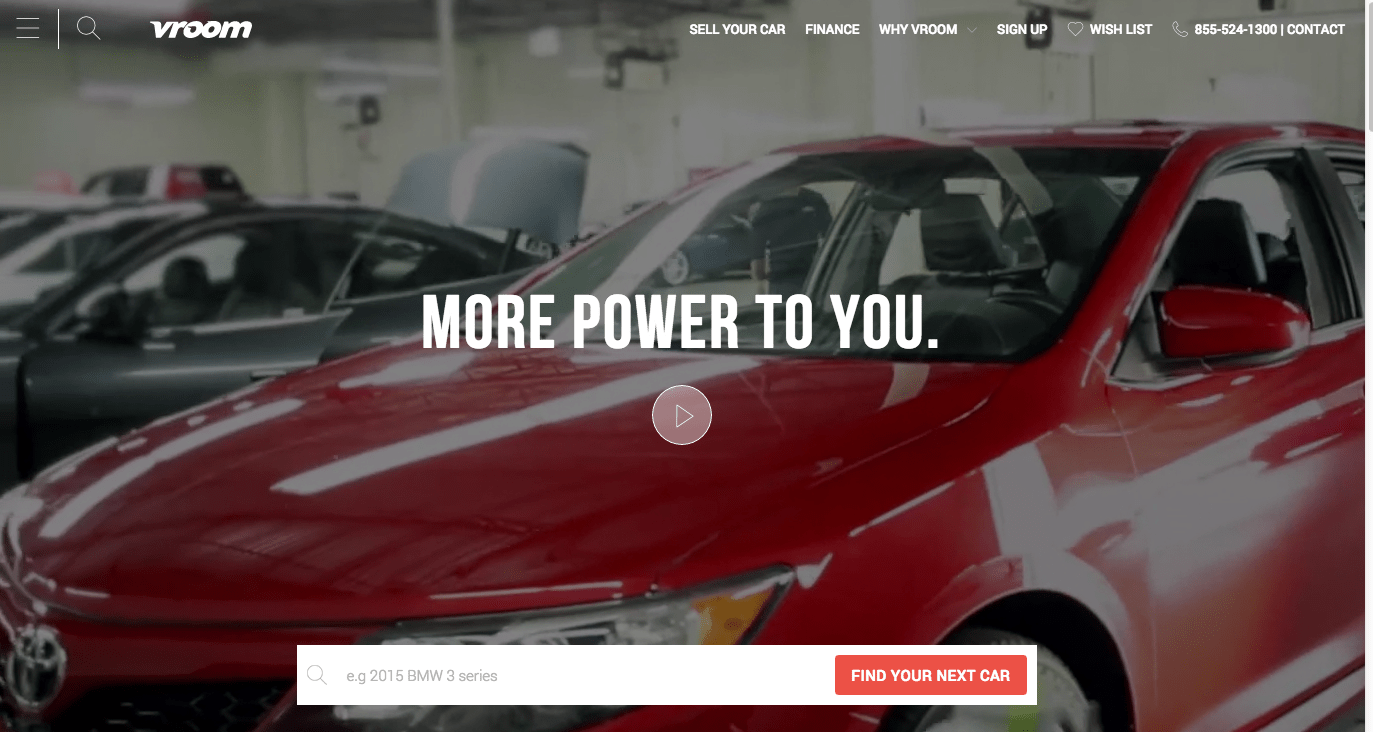 Vroom, a New York used car sales startup, has raised $19 million in venture funding and $35 million in debt funding. The investment round purposely excluded institutional investors, instead relying on capital from 15 to 20 wealthy individuals including former pro football player John Elway and former Autonation and Blockbuster CEO Steve Berrard. The company, which launched in August 2013, says it sold $106 million worth of used cars last year and is on track to do $300 million in sales this year, according to CEO Allon Bloch.

Vroom differs from other used car sites in that it takes possession of the cars it lists for sale. Rather than function as a marketplace for people to sell cars to each other, Vroom provides a “white glove” service that spans the entire transaction. Anyone seeking to sell on Vroom can take a few photos of their car (including a scan of the VIN number) and get an exact appraisal based Vroom’s marketplace pricing system. If the seller agrees, Vroom sends the paperwork via FedEx, provides a voucher, picks up the car, and hauls it to its 22-acre reconditioning facility in Dallas, Texas.

For buyers, Vroom offers a set price without negotiations—typically 7% to 8% below the market value—as well as free delivery anywhere in the country and a seven-day money-back guarantee. Bloch says the economics of free nationwide delivery make sense at a large scale, noting that the company has had very few returns. “We don’t have high overhead, we don’t have showrooms or retail stores,” Bloch says. “When you do everything at scale, the relative cost goes down.”

Bloch believes Vroom can take a sizable chunk of the fragmented used car industry, noting that around 45 million used cars change hands every year to the tune of $500 billion to $600 billion. He estimates online used car sites represents less than 2% of that market. “There is no Amazon or Walmart or Costco that dominates the market,” he says. Vroom has found buyers by listing its cars on the large platform sites like eBay [fortune stock-symbol=”ebay”] and AutoTrader.

The company plans to use the venture investment to build up its inventory and open more hubs so it can deliver cars within 24 hours. Soon the company will launch digital paperwork through DocuSign, Bloch says. In August, Vroom will launch the ability to set up financing digitally. (Currently buyers seeking financing must arrange it through Vroom’s call center.)

Vroom faces the same resistance that Zappos faced in its early days: People want to experience their purchases in person, be it trying on shoes or test-driving a car. But Bloch says, like Zappos proved with shoes, Vroom has discovered that most people don’t care about test-drives. “They want to make sure they get a car at great quality and they’re not overpaying,” he says.

The 140-person startup this week revamped its site look more like the online marketplaces consumers are used to such as Airbnb, with customizable search, bookmarking and slideshows, Bloch says.

Vroom’s biggest challenge, Bloch says, is finding enough used cars to sell and ensuring quality control over the customer experience as it grows. “To do that and do that at scale is not trivial,” he says. It’s also critical that the company continue straddle the line between car expertise and technology know-how. “We need to have both of those skill sets.”