A Bob Marley-Branded Line of Pot Just Hit the Market 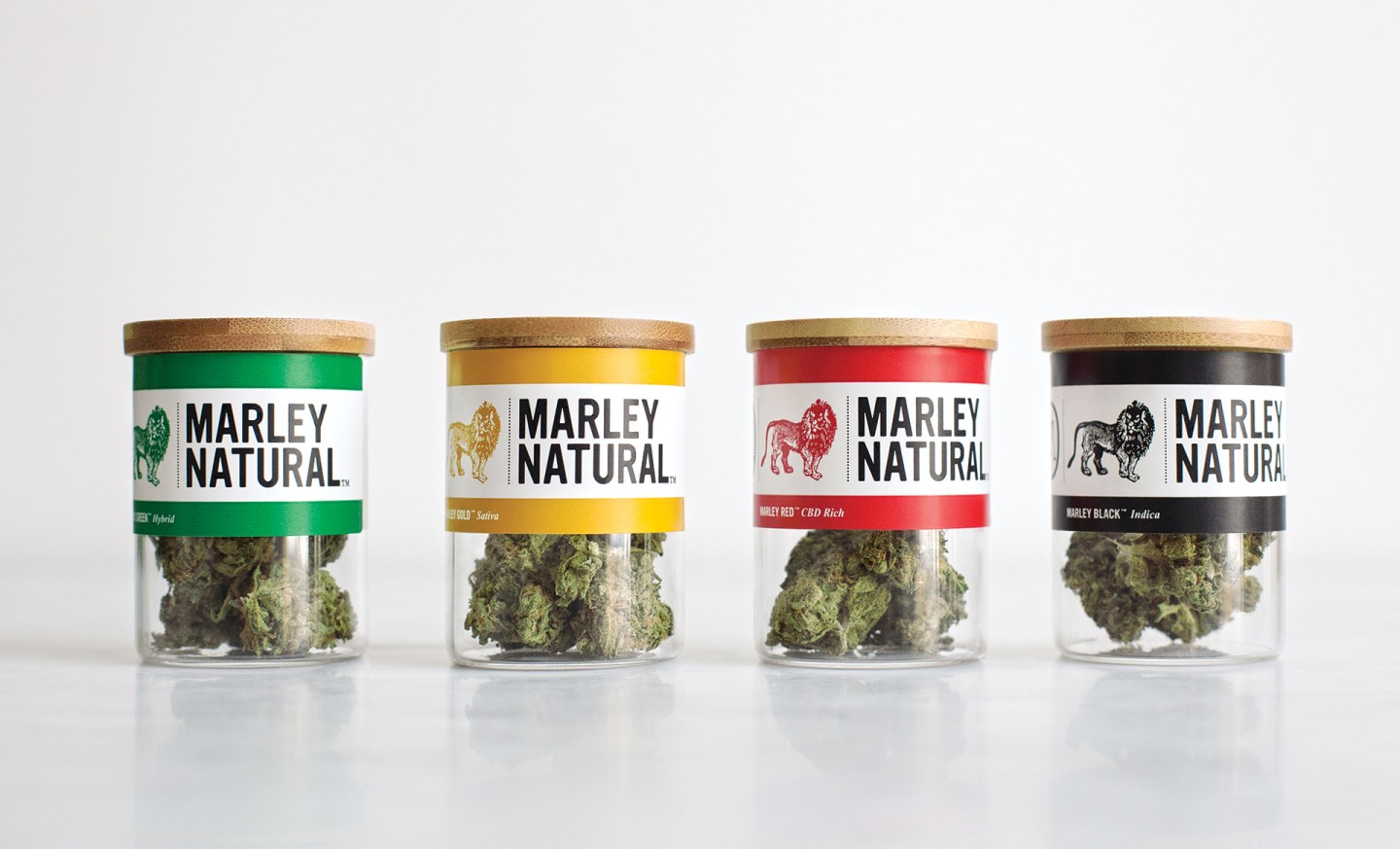 There has been no shortage of famous names looking to cash in on the blossoming legal marijuana market through branding deals. But, now one name in particular that has long been associated with pot products and paraphernalia has an official line of branded goods.

A line of cannabis and related products bearing the name of iconic reggae musician Bob Marley officially launches today. The brand, called Marley Natural, produces a line of cannabis strains and infused oils; they will initially be carried in a handful of dispensaries in California (where medical marijuana is legal) before expanding in that state over the next month. That expansion will continue to other states where the drug is legal throughout the rest of this year and, by next year, they will be sold internationally, the company said in a press release Friday morning.

The cannabis products (both in flower and oil form) are available in a range of categories, from the milder Marley Green to the “more physical, full-body experience” of Marley Black.

The company is also launching a line of body care products, including lotion and soap, made with hemp seed oil and Jamaican botanicals as well as a line of wood and glass marijuana-smoking accessories. Those products are available to buy online.

“We source our products in an environmentally and socially responsible way, as we believe Bob would have wanted,” Tahira Rehmatullah, Marley Natural’s general manager, said in a statement.

The branded pot—named after Marley, who died from melanoma cancer in 1981—will be sold with the permission of the legendary musician’s family. It is part of a 30-year worldwide exclusive licensing agreement with Marley Natural’s parent company, Privateer Holdings, a cannabis-focused investment firm. Seattle-based Privateer announced the creation of Marley Natural more than a year ago. Privateer’s other cannabis industry holdings include Leafly, a Yelp-like website for cannabis reviews and merchant listings, as well as Tilray, a British Columbia-based facility that produces and distributes medical marijuana across Canada.