This iPhone Maker Wants to Buy Sharp for $5.9 Billion 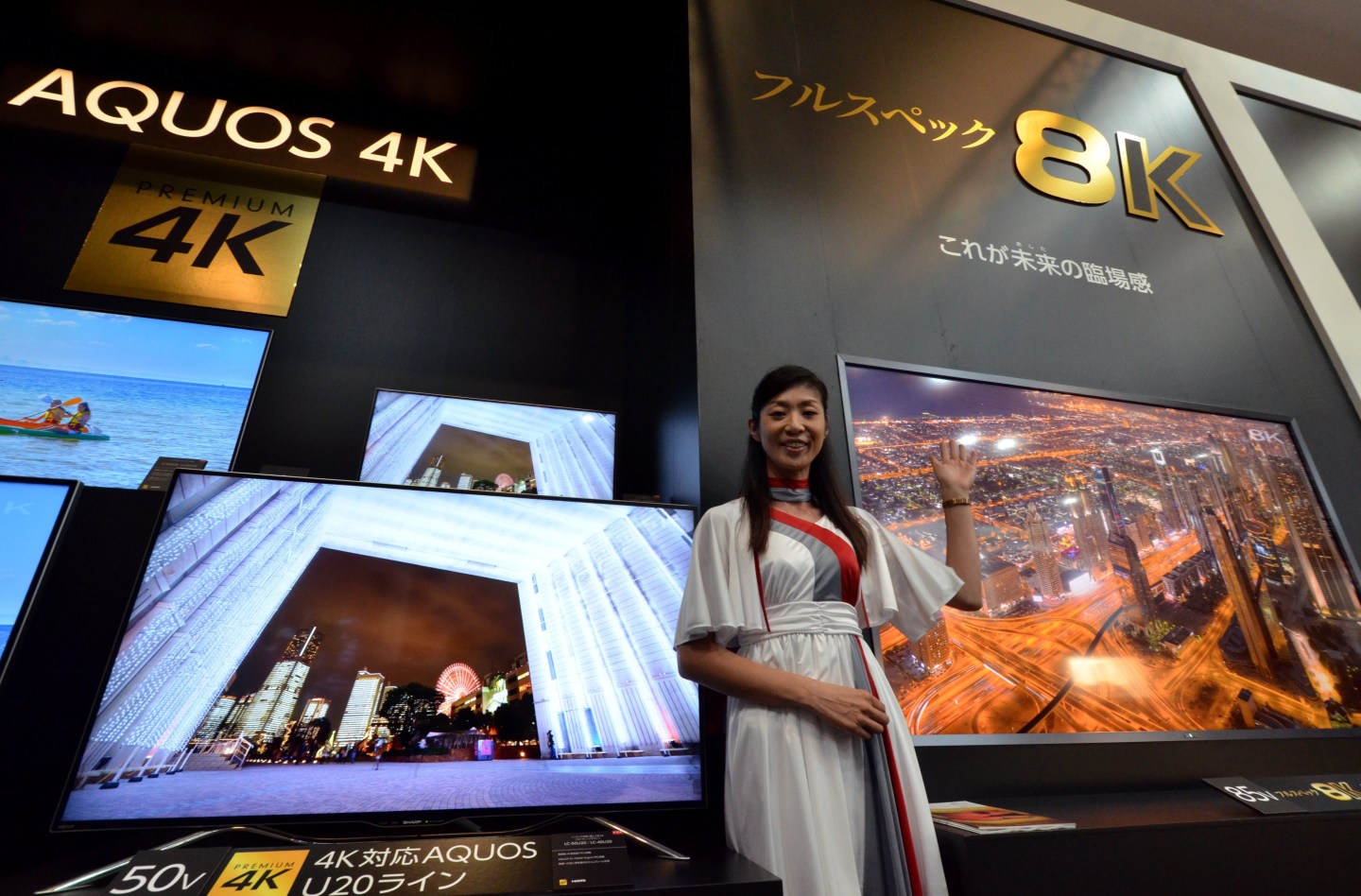 Struggling electronics maker Sharp (SHCAY) has chosen Taiwan’s Foxconn (HNHPF) as its preferred bidder in takeover talks, sources with knowledge of the decision said—paving the way for the biggest acquisition by a foreign company in Japan’s insulated tech sector.

Foxconn, known formally as Hon Hai Precision Industry, offered to invest around 700 billion yen ($5.9 billion) in the struggling electronics maker, one of the sources said.

That was more than double the amount proposed by a state-backed fund, the Innovation Network Corp of Japan (INCJ). While a generous Foxconn offer had been flagged, many investors were surprised to see an overseas firm gain the upper hand over a state fund.

Shares in Sharp in Japan soared almost 17% on the news.

Sharp Chief Executive Kozo Takahashi confirmed the company was focusing on talks with Foxconn, although he denied having officially designated the Apple supplier as preferred bidder.

He stressed, however, that Sharp and Foxconn had forged a good relationship through the joint management of a plant in Japan, moving on from a breakdown in a 2012 agreement to form a strategic alliance and capital ties.

“The biggest thing is that we have built up a relationship of trust,” he told an earnings briefing. “It’s true things happened, but there is extreme respect.”

A takeover by Hon Hai, which assembles various electronics products such as smartphones and television sets for Apple, Sony and many other major international companies, would vastly expand sales channels for Sharp’s liquid crystal display panels.

The decision comes after months of uncertainty over the fate of the company, whose display panel business has continued to suffer massive losses despite two major bailouts by its banks in the last four years.

A Sharp executive plans to go to Taiwan on Friday to negotiate the deal, which the company hopes to finalize by the end of February, one source said. The sources declined to be identified as they were not authorized to speak with the media.

Earnings figures underscored tough times for Sharp, which has seen its market value tumble 35% over the past year to $2.4 billion and is saddled with net debt of around $4.4 billion.

It posted a third-quarter operating loss of 3.8 billion yen in comparison with 22.0 billion yen profit in the same period a year earlier.

With some government officials anxious to keep jobs and technology in Japan, the INCJ had been seen as the favorite to win over Sharp. It had aimed to merge Sharp’s LCD business with that of rival Japan Display’s and combine its home appliances business with that of Toshiba’s, in a two-pronged plan to revive the country’s flagging technology sector.

But many in the industry doubted such “old-school” government intervention could help Sharp survive increasingly fierce competition from South Korean and Chinese rivals. Sources had also said board members were worried that Chinese regulators would not approve an LCD merger with Japan Display.

Throughout talks so far, Foxconn CEO Terry Gou has sought to reassure Japanese officials he was serious about turning around the century-old company.

“We don’t want to destroy this company. We want to keep this company for another 100 years,” Gou told reporters on Sunday.

A deal would give Foxconn control of one of the world’s most advanced display manufacturing sites.