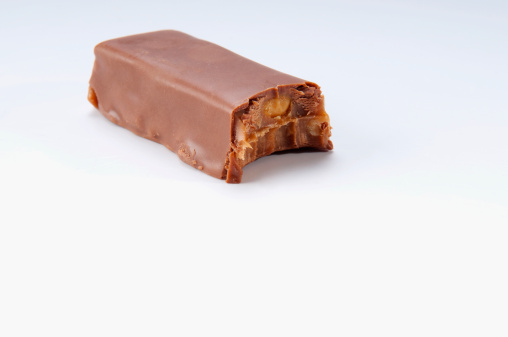 Candy bars have shrunk and economic growth in Asia has slowed, meaning people are eating less chocolate and its key ingredient cocoa, which has seen its price fall this year after defying commodities trends to soar in 2015.

High prices for ingredients last year—including nuts and milk as well as cocoa—helped make chocolate a less affordable treat for consumers in emerging markets such as China and India. Chocoholics in North America and Europe, meanwhile, opted for quality at the expense of quantity.

Market research firm Nielsen has estimated there was a 3.7% year-on-year decline in global chocolate confectionery demand in the September-November period.

With food retailers pressing manufacturers to minimize price rises, one response was “shrinkflation.” Some companies put smaller bars in the pack but kept the price unchanged.

A much lower-than-expected crop in Ghana, the world’s second largest producer, helped push global cocoa prices up by more than 10% last year. The early weeks of 2016 have already seen prices fall back again by as much as 15%, as production in Ghana rebounded and some investment funds reduced their holdings in commodities such as cocoa.

But those hoping for chunkier bars or cheaper chocolate are likely to be disappointed, with manufacturers likely to pocket most of whatever they save on ingredients.

Euromonitor analyst Jack Skelly said most chocolate makers are focussed on cutting costs at the moment, noting that cocoa prices are still much higher than a few years ago.

“Profit margins are at the forefront for companies at the moment due to global market slowdown,” he said.

Consumers in more affluent countries have developed a taste for premium chocolate, with the extra cost partially offset by less frequent purchases.

Premium chocolate maker Lindt & Spruengli reported sales growth of more than 7% in 2015, while mass-market rivals such as U.S.-based Hershey Company (HSY) have struggled.

“We believe the macroeconomic environment and competitive activity in the international markets where we operate will continue to be a headwind for the chocolate category and Hershey in 2016,” John P. Bilbrey, president and CEO of Hershey said during a conference call.

“In emerging markets like China and India I think affordability is a real issue which means chocolate isn’t growing as quickly as it could,” he said.