This Entrepreneur Built a $20 Million Empire That Redefines ‘Retirement’ 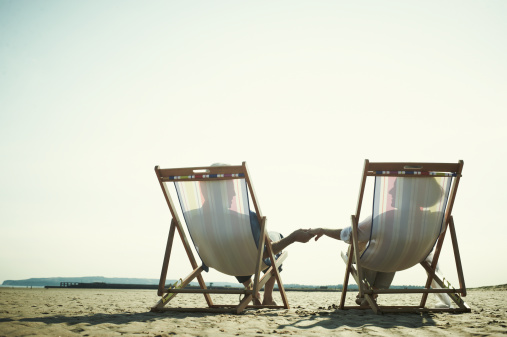 Many budding entrepreneurs aspire to create the next Facebook, as the glamour of cutting-edge Internet startups has often blinded them to the countless other opportunities available.

And, thanks to the success of his business, the second-largest professional landlord service in the country, he was able to retire in his 20s and become a role model for entrepreneurs in another way — redefining “retirement” to mean that he can now focus 100 percent effort on his passion projects.

Intrigued? So was I. That’s why I sat down with Brenton for a Growth Everywhere interview to learn about the valuable lessons that helped him build his $20 million fortune.

Behind the success of Renters Warehouse

Since the dawn of time, finding great housing and other real estate has been one of the biggest challenges faced by individuals and businesses alike. That’s why Hayden saw this untapped market as an opportunity for an online service that effectively matches property owners with tenants. After the real estate market crashed in 2008 and caused vacancy rates to surge, he created Renters Warehouse, with the simple goal of helping landlords.

Property management companies have been around for decades, but Renters Warehouse had a new twist to the concept: It uses advanced algorithms to make the process more efficient and minimize the problems property owners often encounter with tenants.

In our interview, Brenton told me that he had studied legendary entrepreneurs like Warren Buffett to learn from their successes; in particular, he was eager to know how they identified opportunities that had high demand but limited competition.

En route, he realized that there weren’t any major companies in the real estate management category taking advantage of the digital technology available. So, he made it his goal to dominate the market before anyone else got wise to this fact and came onto the scene.

Not surprisingly, this worked out well. Renters Warehouse was generating $12 million annually by its sixth year in business. The company has consistently been profitable since its first year and currently manages over $2.5 billion worth of real estate assets in Minnesota alone.

The impact of future market forces

One of the reasons that Renters Warehouse grew so rapidly is that Hayden launched during a time when his services were in high demand. When the housing bubble burst in 2008, that event seriously hurt the rental market. Property owners struggled to fill their units, even as competition fell, when many commercial properties and apartment complexes were forced into foreclosure.

Landlords were looking for ways to fill vacant units, which meant a strong demand for property management services like Renters Warehouse.

With that strong demand and few other online property management companies capitalizing on it, Hayden penetrated the market quickly and easily. As the market gradually improved, new companies entered the market, so it remains to be seen what effect the future of the real estate market will have on his business model.

For instance, Svenja Gudell, chief economist for Zillow, recently toldReuters that the real estate market was likely to grow more rapidly in the suburbs. Hayden is using just such trend reporting to determine whether or not the need for property management services in suburban areas with moderate population density could be a new market for Renters Warehouse.

Hayden’s vision for 2016 and beyond

Having built a $20 million company in eight years, Hayden has proven himself as an entrepreneur. He originally stated that he intended to retire early, even writing in Entrepreneur an article called “Retiring at 27: Ambitious, Lazy or Crazy?”

However, his wife realized that he had no intention of retiring, when she caught him sneaking off to work one day. So, Hayden has since clarified his intentions: He doesn’t intend to stop working entirely; he merely wants to stop wasting time doing grunt work in which he has little interest.

“I work one day a week, and I’m kind of a brand spokesperson,” Hayden said in his recent interview. “I get to talk with guys like you and promote and pump the tires of this great company we’ve built, and to me that’s not a job anymore. So, it’s a lot of fun.”

He currently spends less than one day a week at his company office, so he’s already moving toward this goal. On a broader scale, he believes that entrepreneurs should reevaluate the meaning of retirement. Many in fact can’t fathom the idea of giving up working.

4 Things Small Business Owners Must Do to Retire Comfortably

4 Obstacles to Early Retirement and How to Overcome Them

As Michael Dell said, when speaking to a business class at the University of Texas: “Sailing’s boring. Do you have any idea how much fun it is to run a billion-dollar company?”