Here’s Why Zika Is Unlikely to Become a Mass Epidemic In the U.S. 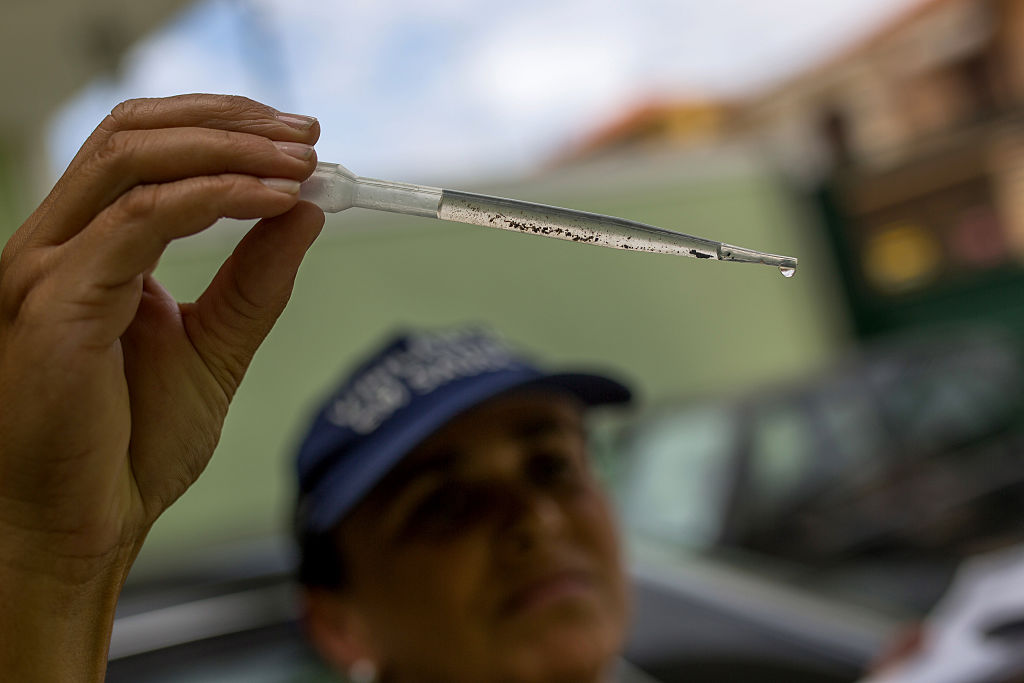 SAO PAULO, BRAZIL - JANUARY, 29: Health agent performs collection and analysis of larvae that cause the mosquito Aedes Egypti in pots and plants in the Butanta residential neighborhood on January 29, 2016 in Sao Paulo, Brazil. According to the City Department of Health, the city of Sao Paulo has not yet submitted cases of microcephaly associated with mosquito bites. Since October, Brazil has recorded 3,893 suspected cases of the birth defect - which can lead to stillbirths, as well as long-lasting developmental and health problems among survivors. (Photos by Victor Moriyama/Getty Images)
Photograph by Victor Moriyama — Getty Images

The Zika virus has been officially declared a global public health emergency by the World Health Organization. To date, 31 domestic cases of Zika virus have been reported in the U.S., raising concerns that the mosquito-born virus could spread here, as it has through parts of South America and Latin America.

While there’s been local cases of Zika in Puerto Rico and the Virgin Islands, the disease has yet to reach the continental U.S. Could the U.S. see a mass epidemic?

It’s highly unlikely, according to Amy Vittor, an assistant professor of medicine at the University of Florida’s Emerging Pathogens Institute. Vittor, who specializes in vector-borne diseases like malaria, dengue, and Zika, says there would need to be two major factors present.

First, the mosquito that carries the Zika virus — known by the name Aedes aegypti — would need to be present. Although its home territory stretches north to New York and New Jersey, it can only survive in warmer weather. So, it’s less likely that areas in the mid-Atlantic would be affected. “There’s a timing issue there,” says Vittor. “The period for survival is much more limited.”

Secondly, for Zika to spread widely, people would need to be in close contact with an infected mosquito (a mosquito picks up the virus from an infected human.) That’s much less likely in the U.S. where most people often have amenities like window screens and air conditioning and live in less densely populated areas. The parts of Brazil that were heavily affected tend to be far more densely populated and have relatively poor sanitation — which increases the odds of infection. “The lifestyle is very different” in Brazil than in the U.S., says Vittor. “Water and sanitization isn’t as abundant, which means there could be more open containers sitting around that can be colonized by mosquitos.”

Looking at past spread of related mosquito-borne diseases like dengue and chikungunya, experts have a good idea of where the virus could land. “We don’t have to guess much,” says Vittor. “Based on prior experience, areas of southern Florida and the Gulf Coast are most at risk.”

That still doesn’t mean that there will be widespread cases of Zika. Vittor and other experts expect the spread will be limited. Cases of Guillain-Barré and microcephaly birth defects, which may be linked to the virus, are possible but not likely to “reach the degree we’re seeing in Brazil,” says Vittor.

The Centers for Disease Control & Prevention Principal Deputy Director Anne Schuchat echoed those comments. “Our experience with dengue and chikungunya and the different living conditions lead us to believe that any outbreaks of Zika in the continental U.S. will likely be limited,” she said. “Of course this virus is fairly new to the Americas and we will remain vigilant.”