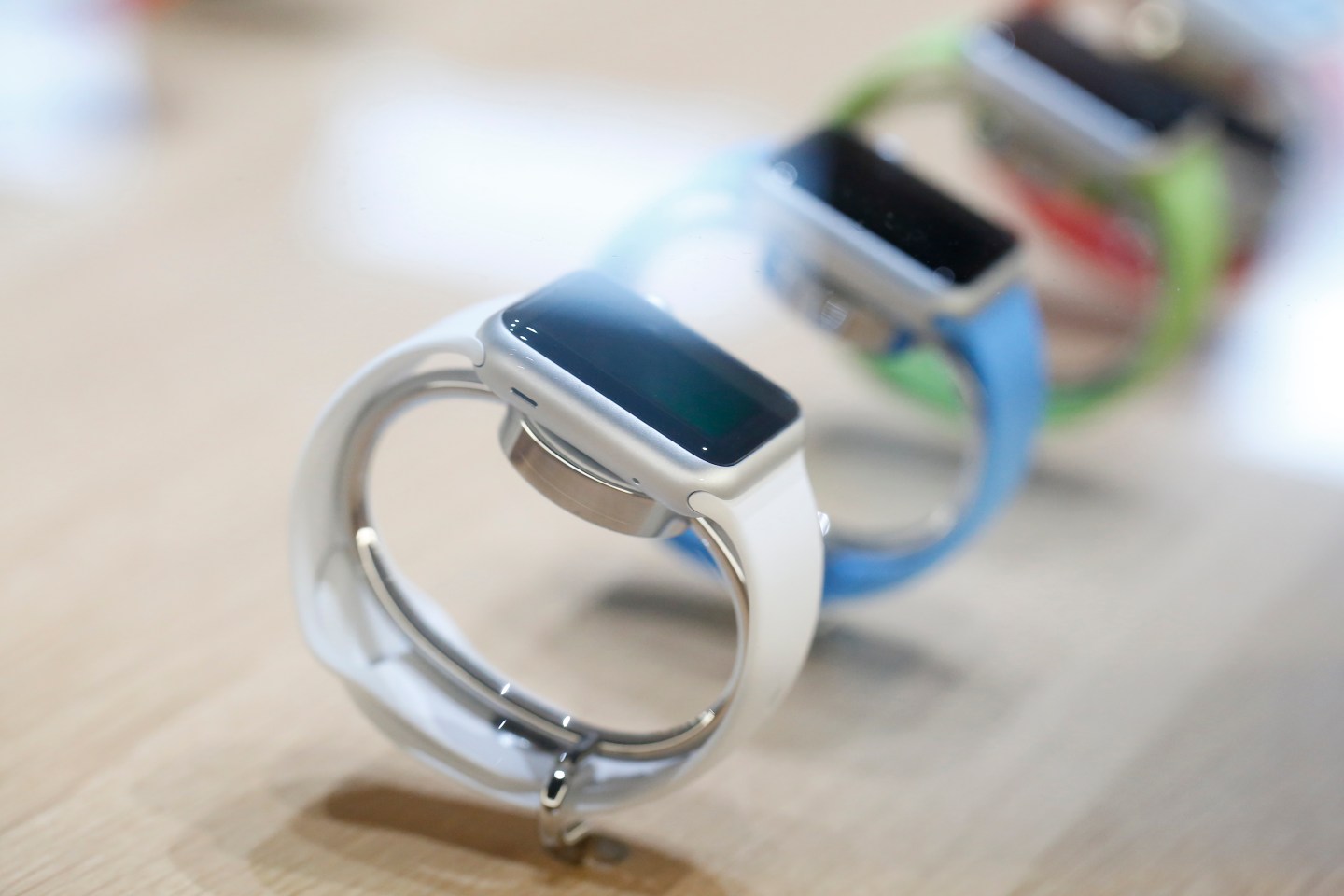 SAN FRANCISCO, CA - MARCH 9: The new Apple Watch is seen on display after an Apple special event at the Yerba Buena Center for the Arts on March 9, 2015 in San Francisco, California. Apple Inc. announced the new MacBook as well as more details on the much anticipated Apple Watch, the tech giant's entry into the rapidly growing wearable technology segment as well (Photo by Stephen Lam/Getty Images)
Photograph by Stephen Lam — Getty Images

The Apple Watch Sport has been put to test in a lawsuit—and lost.

A U.K. man successfully sued Apple (AAPL) in small claim’s court over the company’s alleged claims that its smartwatch would resist scratches, the BBC is reporting.

Gareth Cross bought an Apple Watch Sport—Apple’s cheapest model—in July. Within approximately 10 days, he told the BBC, he noticed that its face cracked, and after trying to get it fixed, discovered that the damage was not covered under warranty. He then filed his case in small claim’s court, arguing that Apple breached the country’s law that governs the behavior of retailers, according to the report.

“I hadn’t even been doing anything strenuous, just sitting around watching TV,” he told the BBC. “When I got to work the hairline crack had got bigger and bigger so I called Apple up to get it repaired.”

Apple ultimately denied his request, he claims, and he went to court to defend his “consumer rights.”

Apple introduced the Apple Watch Sport, along with its Apple Watch, and the gold-plated Apple Watch Edition, last year. The smartwatch line comes with a wide range of bands, and has quickly become one of the world’s best-selling wearable devices. But while Cross claims that Apple suggested the Apple Watch Sport is scratch-resistant, none of Apple’s advertising materials explicitly says so.

That said, Apple has bragged about its watchface’s durability. In its description of the Apple Watch Sport, the iPhone maker says that it comes with Ion-X glass that it says is “especially resistant to scratches and impact.”

“To keep the Sport collection models as light as possible, we used aluminosilicate glass—the same material used in the windows of space shuttles and high-speed trains,” Apple writes on its Apple Watch Sport page. “It’s fortified at the molecular level through ion exchange, with smaller ions being replaced by larger ones to create a surface layer far tougher than ordinary glass.”

Several Apple Watch owners have, of course, gone hard on the smartwatch to see how it holds up to scratches and dings. A quick search on YouTube will show people scratching everything from sandpaper to nails to diamonds against the display to see if it leaves a mark.

Consumer Reports, which analyzes product durability and quality, last year performed its own tests on the Apple Watch line’s scratch-resistance. That company found that while the Apple Watch standard model was able to handle scratches from most minerals with which it would come into contact, the Apple Watch Sport, which Cross bought, was a little less able to hold up against harder minerals.

The difference, according to Consumer Reports, was the durability of Apple Watch’s sapphire screen compared to the Ion-X in the Apple Watch Sport. Sapphire is one of the hardest minerals in the world, and substantially harder than an Ion-X-based display.

For his part, Cross made out relatively well in his case against Apple. In addition to getting his refund on the Apple Watch Sport, which starts at $349, the company was also ordered to pay him 429 pounds ($618) in fees, according to the BBC.

But Apple probably won’t be hurt, either: Cross told the BBC that he liked his Apple Watch and will likely buy an updated version if and when one launches later this year.