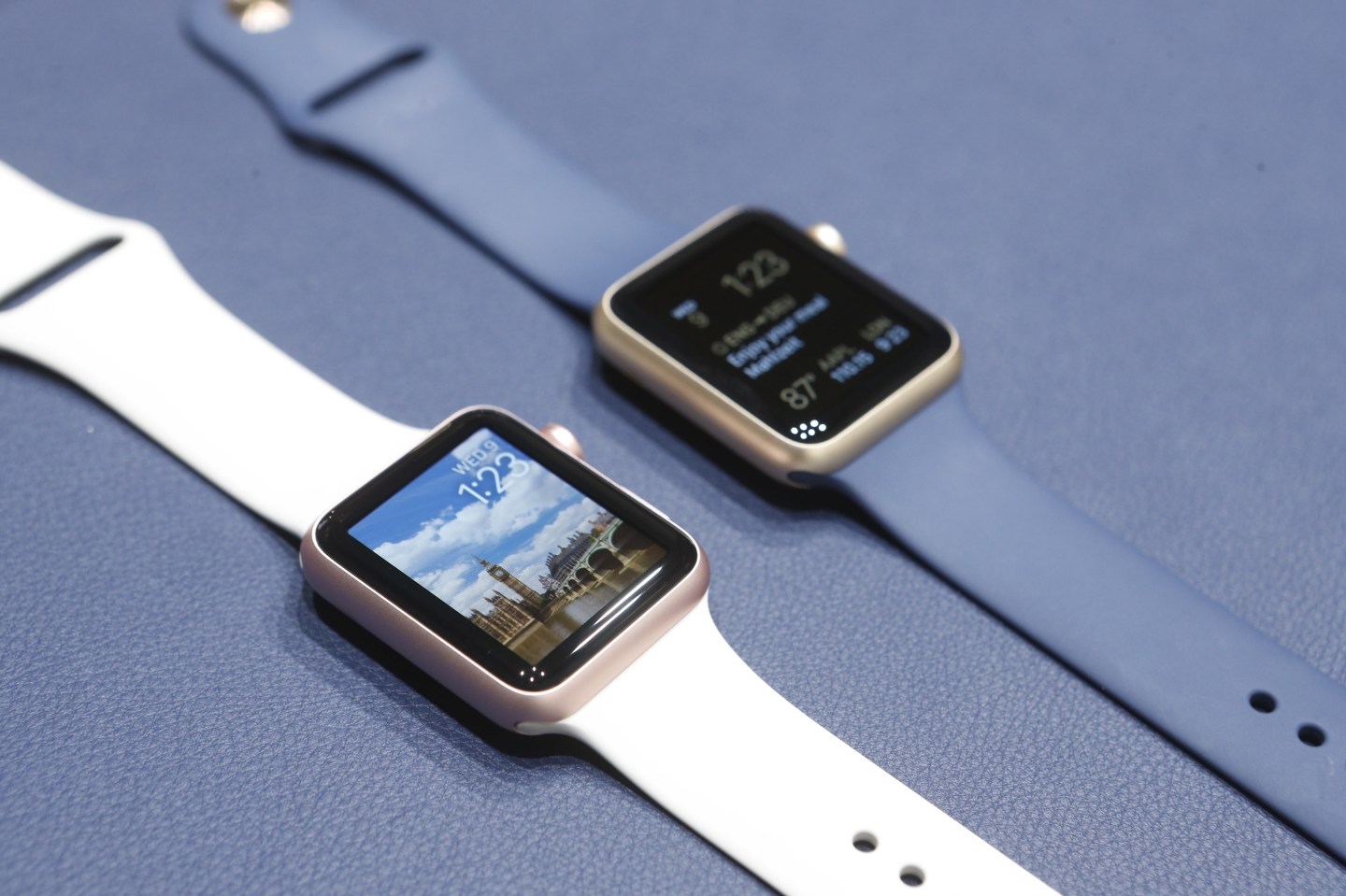 The Apple Watch may be cool, but it won’t kill traditional watches.

That’s the thought H. Moser & Cie., a luxury watchmaker, is trying to convey with the launch of its new Swiss Alp Watch. In a statement Thursday, the company acknowledged that the “smartwatch market has exploded in the last 12 months,” adding that traditional watchmakers must find a way to respond. It has decided to launch a fully mechanical alternative to smartwatches because, the company believes, that idea will last over the long haul.

“The Swiss Alp Watch does not allow you to make calls, or send messages to share the latest gossip; it does not give you the option to send beautiful sketches you have created on a two-inch screen or to share your heart rate,” Edouard Meylan, the company’s CEO, said in the statement. “It does much more than that: it lets you reconnect to what matters in life. It takes you back to sharing emotions with your nearest and dearest without a filter, interface or embellishment. Most importantly, it is something you can pass on to your children one day without having to upgrade it!”

While H. Moser did not mention the Apple Watch by name, it’s clear it’s the product the company is talking about. For one, Apple Watch comes with all of those features. In addition, H. Moser posted a video to YouTube that is strikingly similar to Apple Watch ads, complete with unique views of the Swiss Alp Watch and a voiceover echoing Meylan’s sentiments.

Perhaps the biggest giveaway is the watch’s design. Its watch face is nearly identical to the Apple Watch, featuring a rectangular display and metal finish. In fact, one may be forgiven for believing that the Swiss Alp Watch is actually the Apple Watch after a quick glance.

Apple Watch, which launched last year, has been touted by the iPhone maker as the future of watch technology. Indeed, the device, which starts at $349, comes with a wide range of features not traditionally available in a watch, including app support, fitness tracking, and more.

Despite launching to much fanfare last year, Apple has kept its smartwatch’s sales figures close to the vest. When pressed for how many units it’s sold, Apple won’t provide a figure. While that has caused concern among some analysts, the majority of market researchers and analysts agree that the device is the world’s most popular smartwatch and likely selling quite well. Apple CEO Tim Cook says sharing sales figures may only help his competitors.

Regardless, traditional watchmakers have been forced to respond. Some, like Tag Heuer and Breitling, have decided to follow Apple, Samsung, and others and deliver smartwatches to those seeking such devices. Others, like H. Moser, believe there’s an opportunity to succeed in mechanical smartwatches despite the overtures made by Apple and the like.

“Today, H. Moser & Cie. launches the Swiss Alp Watch as a statement of this new challenge and to prove that traditional mechanical watchmaking has a future, and it is, in fact, the future,” Meylan said in an impassioned statement. “It is much more than a watch for us. The Swiss Alp Watch is symbolic. It represents our resilience, our ferocious desire to fight for our values and traditions. It embodies everything we believe in.”

MORE: Tag Heuer to Rolex: How Luxury Watch Brands Are Responding to the Apple Watch

Still, H. Moser & Cie. may have kicked a hornet’s nest by poking Apple (AAPL). After all, the Apple Watch maker has over $200 billion in cash—and it knows how to use it.