GM Is Using the Cloud to Connect Its Factory Robots 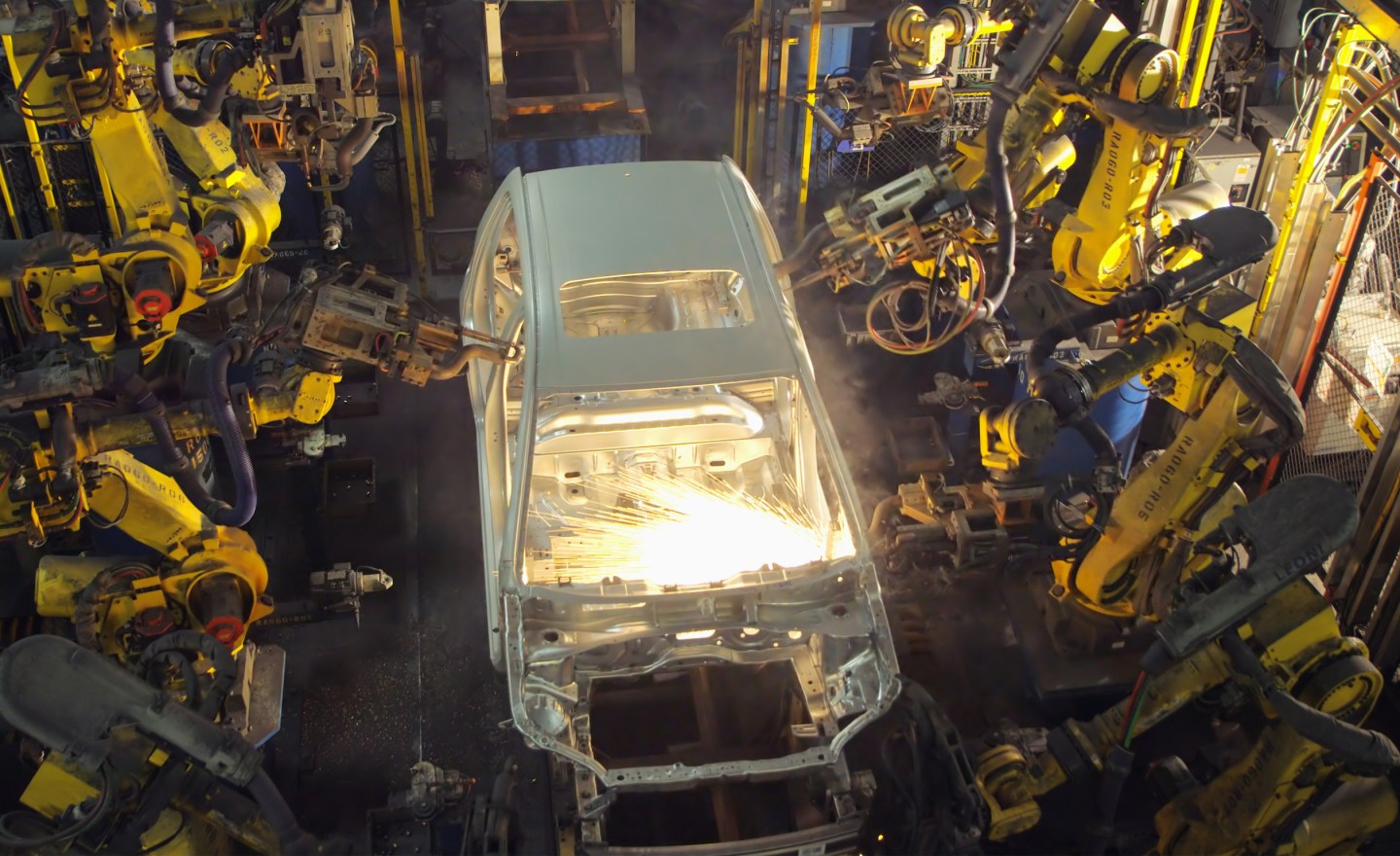 For years, robots at General Motors’ (GM) Lake Orion manufacturing plant, located 30 miles north of Detroit, have hustled on the factory floor. They lift the frames of vehicles (like the Buick Verano and soon the Chevrolet Bolt EV) with Herculean strength, melt together metals with powerful welding guns, and apply paint in ways that would make a graffiti artist proud.

It’s an impressive display of coordination, what with 800 robots on the floor. But a bot that suddenly breaks down could cause disaster down the line, halting production and wasting money as workers scramble to troubleshoot the issue.

Working with Japanese robotics manufacturer Fanuc (FANUC), networking giant Cisco (CSCO), and hardware maker Rockwell Automation (ROK), GM has installed in its Lake Orion plant a sort of “mother brain” to which all its robots can connect—and it’s all built on cloud computing.

The system ingests data flowing to and from robots as well as external devices, like conveyor-belt machines and temperature systems. It sends that information to a cloud network set up by Cisco. There, Fanuc runs algorithms tailored to the factory robots. The result? Insights that plant managers and Fanuc staff can tap to avoid mishaps—everything from detecting when a robot’s arm is about to fail to determining if there’s too much humidity in the room (which can adversely affect paint jobs).

“The robot calls in and says, ‘I’ve got an issue in one of my motors in one of my joints,’ ” says Scott Whybrew, who directs global manufacturing engineering at GM. “Or it may say it’s about to get sick in a few seconds.”

The benefits of that visibility extend beyond near disasters. GM also uses the system to adjust planned maintenance schedules for the machines. “It gives us, as a robotics supplier, the ability to look over their shoulder and help and guide them,” says Rick Schneider, president of Fanuc America.

In the past GM’s workers discovered issues only during production downtime and when physically plugged into a factory robot. Now all they have to do is wait for an alert to show up.

“We can put the dollars to use for some other business objective,” Whybrew says, “instead of sitting there waiting for a robot to go down.”

A version of this article appears in the February 1, 2016 issue of Fortune with the headline “One System to Rule Them All.”