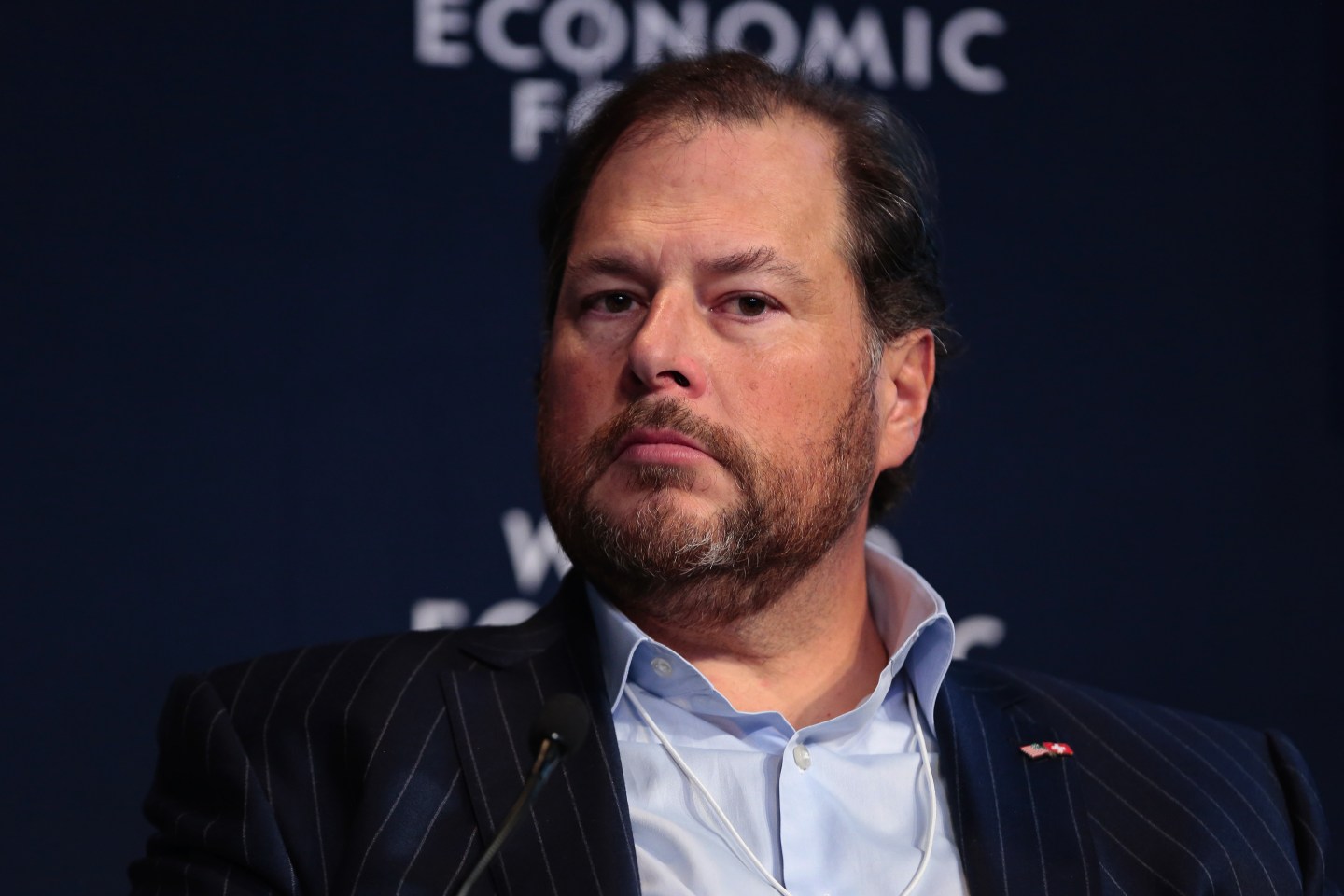 At least one CEO is happy with the Obama administration’s new push for equal pay announced Friday.

The proposal would require large companies to disclose employee compensation broken down by gender, ethnicity, and race—a measure that Salesforce CEO Marc Benioff writes is a “big step toward building a better world where every woman is paid the same as her male counterpart.”

Salesforce, a San Francisco-based cloud computing company, has actively tackled its own gender pay gap this past year, spending $3 million to give female employees equal salaries to men. Benioff says that he never thought a gender pay gap could surface at a company like his—but, when he looked at the data, the evidence was clear. (Even though Benioff is applauding the disclosure proposal, Salesforce has not publicly disclosed its own pay gap.) In a statement released Friday, Benioff writes:

I believe that businesses are more successful when equality is built into the fabric of the company.

But we will never solve the issue of pay inequality if CEOs and business leaders continue to turn a blind eye to what’s happening right in their own organizations.

Businesses are the greatest platforms for change in the world—and business leaders, as well as government leaders, must set an example when it comes to equal pay for equal work.

The United Kingdom’s Prime Minister David Cameron announced the implementation of a similar measure in July, which would require companies with more than 250 people to disclose the average pay of their male and female workers. It’ll go into effect by October of this year, at the earliest.