Why Big Alcohol Is Upset With Kroger Supermarkets 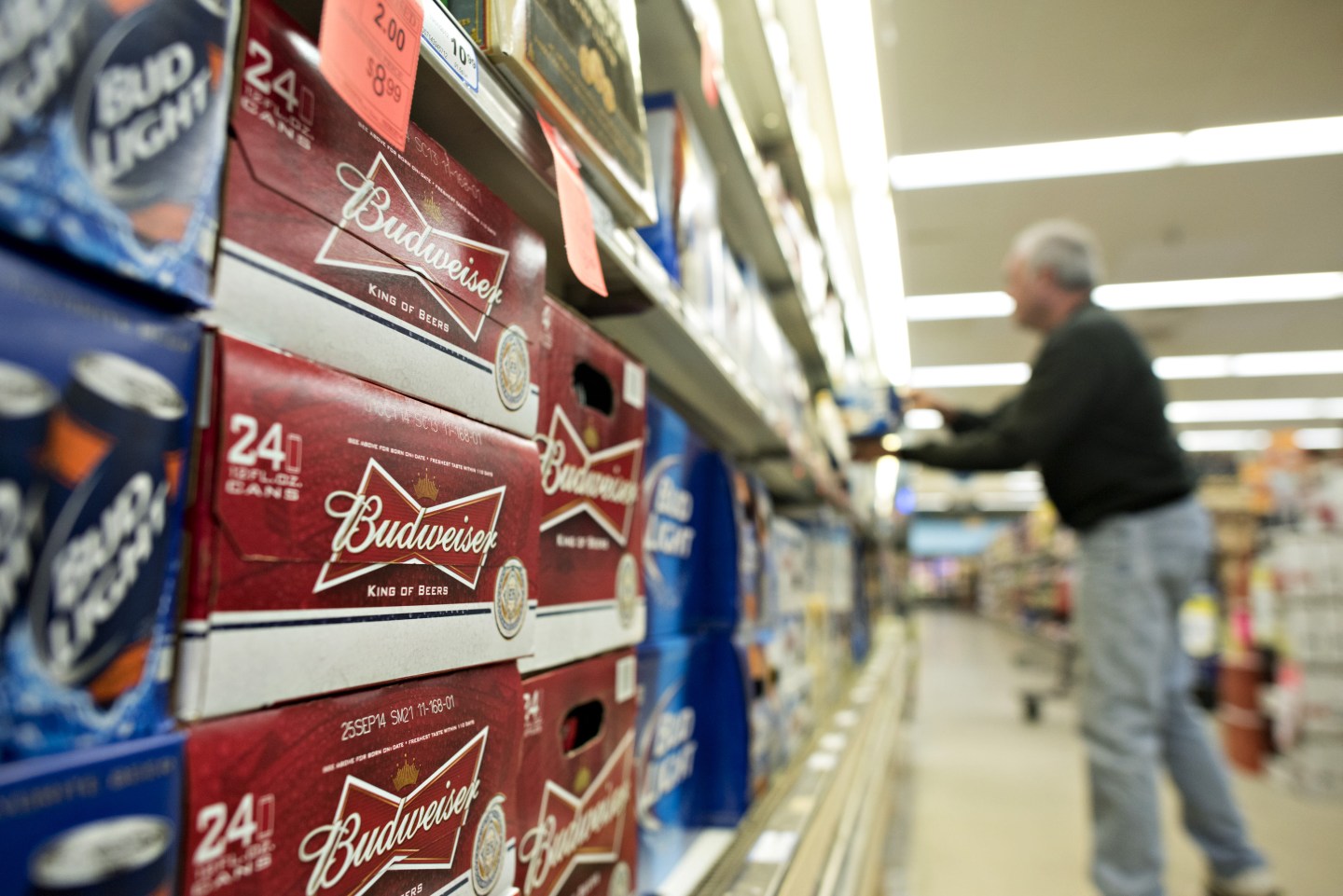 Kroger is shaking up the way it shelves alcohol, and the booze industry isn’t happy about it.

The major grocery store chain plans to hire a private distributor to oversee how it distributes shelf space to alcohol brands, according to The Wall Street Journal. That distributer, Southern Wine & Spirits, would unseat big producers like Anheuser-Busch InBev, which serve as “category captains” that advise Kroger in its arrangement of brands on store shelves.

Not only does the plan diminish the influence of major producers, but it asks them to pay the bills for Southern’s work. Kroger spokesman Keith Dailey said in an interview with Fortune that those quarterly fees will be voluntary, but that he thinks all producers will benefit from “unbiased plans that are customer- and data-driven.”

He says the plan primarily aims to improve Krogers’ stores responsiveness to customer demands. Currently, adult beverage shelving plans are switched up only once or twice each year. With Southern independently organizing the arrangements, popular brews can make it to shelves faster. “What does this look like? It’s more local craft brews, more regional wines, more innovative new products across the entire adult beverage spectrum,” Dailey said.

But producers and associations across the alcohol industry aren’t buying it. A number of them have complained to federal regulators, the Journal reported. And though Kroger says that this plan should benefit small craft brewers—who probably weren’t being favored in blueprints designed by major producers—many are concerned that the fees could be too much of a hurdle to ever get on the shelves. Southern estimates that the shelf-planning services will cost around $12 million annually.

Kroger made a similar switch in its dry goods section more than four years ago, when it decided to let one third-party group oversee shelf-planning for products like cereal and coffee. Dailey says it made Kroger more responsive to customers, especially when Keurig’s K-Cups burst onto the scene: “If we had at that time run our coffee category the way we still run our adult beverage, there’s a good chance our customers would have had to wait for K-Cups. It could have been months, it could have been a year.”