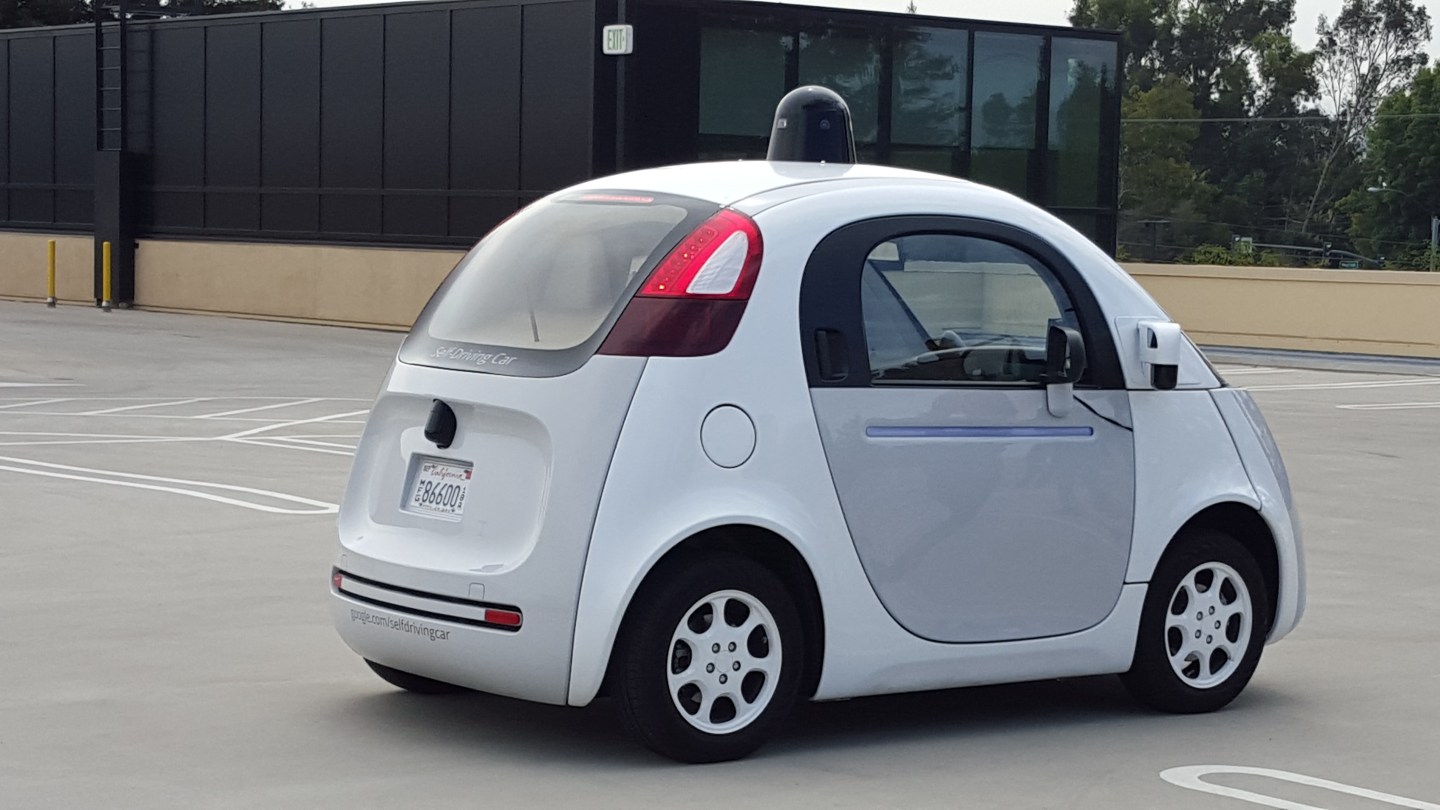 Chris Urmson, director of the Google self-driving car program, asked the FCC on January 26 to renew an experimental authority license that allows it to test radio transmitters in the 76 GHz range—likely used by the radar system on its cars. The filing was first reported by Mark Harris for IEEE Spectrum.

The request asks for a 24-month extension of the license in Mountain View, Calif, and Austin—where the self-driving cars are currently being tested—as well as four additional cities. The names of the cities were redacted from the request.

Google has an ambitious plan to introduce self-driving cars to the public by 2020. But it’s been hamstrung by preliminary rules in California that prohibit the use of fully autonomous driverless cars that don’t have a steering wheel or a brake pedal. The company introduced a self-driving car with no pedals or steering wheel, but lots of sensors and software, in June 2015. The two-seater vehicles that are tested on public roads are equipped with removable steering wheels, accelerator pedals, and brake pedals so test drivers can take over driving if necessary.

Google has to test in other cities, particularly those with different weather conditions, if it hopes to deploy these cars for widespread public use. The rules proposed by California regulators might have accelerated those plans.

Google first began testing self-driving car technology in 2009. It received a permit from the California Department of Motor Vehicles to test the cars on public roads in September 2014. It began testing in Austin in July 2015. At the time, Google said it expanded the testing program so it could experience a place with different driving environments, traffic patterns, and road conditions. The company also said it wanted to see how different communities perceive and interact with self-driving vehicles. Aside from a few adjustments—horizontal street signs and a lot more deer—the overall conditions in Austin are similar to Mountain View, Calif., the company has said.

Why the mayor of Austin digs Google’s self-driving car

The next four cities to get Google self-driving cars will likely be located in states with looser rules and places with more variable weather conditions. If Google were to partner with a major automaker, Michigan might make sense. There’s plenty of snow and rain in the state as well as mCity, a 32-acre simulated real-world urban environment at the University of Michigan used by automakers to test autonomous driving tech.

Nevada is another possibility. In 2011, Nevada became the first state to pass legislation to let companies operate autonomous vehicles on public roads, largely due to Google’s lobbying efforts there. Audi, Google, Kia, and Mercedes-Benz all have permits to test self-driving cars in Nevada. In May, Nevada regulators granted Daimler Trucks North America the first license for an autonomous commercial truck to operate on a U.S. public highway.

The state has less stringent rules than California. Though human drivers are still required for turning, merging, and departing, according to Nevada Department of Motor Vehicles rules.