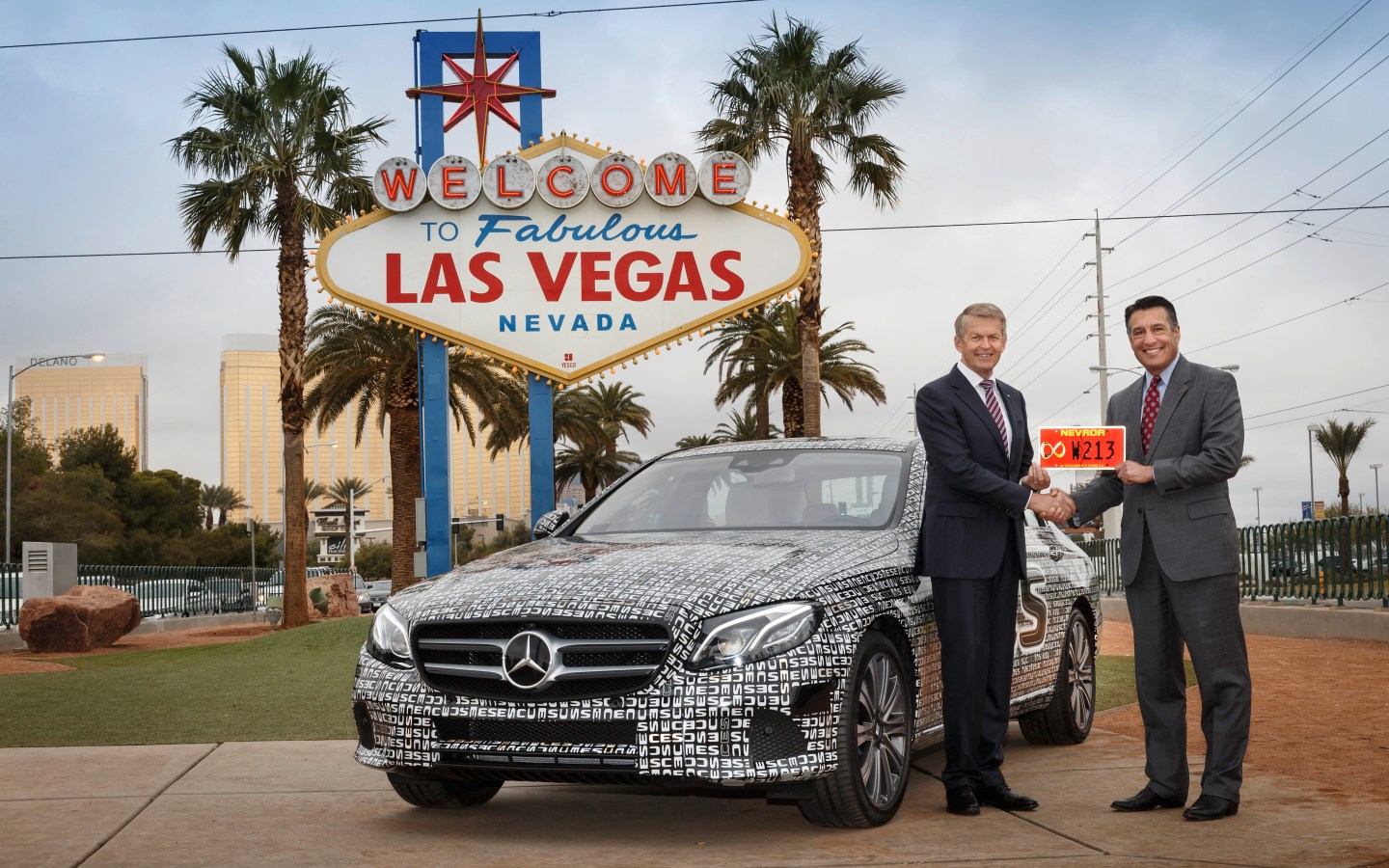 The self-driving cars being tested by Google and automakers like Ford and Nissan are easy to spot. Just look for a car—or in Google’s case a gumdrop on wheels with a large can placed on its roof—loaded with special equipment and additional sensors.

In Nevada, some of the autonomous vehicles being tested on public roads might be tough to spot. Regulators have given Mercedes-Benz a license to test the new E-Class standard-production cars in autonomous mode, announced the company’s parent company Daimler (DDAIF) AG at CES, an annual consumer electronics industry trade show in Las Vegas.

WATCH: For more on self-driving cars, check out the following Fortune video:

In order to make the E-Class autonomous the company needed to make a few small software modifications, according to Prof. Thomas Weber, a board member of Daimler’s group research and Mercedes-Benz development division.

There are some limitations for autonomous testing done in Nevada. Self-driving tests are permitted on all interstates and state highways in Nevada. However, human drivers are required for turning, merging, and departing, according to Nevada Department of Motor Vehicles rules.

Test vehicles in Nevada are also identified by a red license plate reserved for autonomous driving. Meanwhile, Daimler is already testing its autonomous driving technology in Nevada, and in May 2015 the company was issued a license to test self-driving semi-trucks on public roads.

The 2017 Mercedes-Benz E-class will be unveiled at the North American International Auto Show in Detroit next week.