5 Things That Won’t Happen on the Presidential Campaign Trail, Until They Do 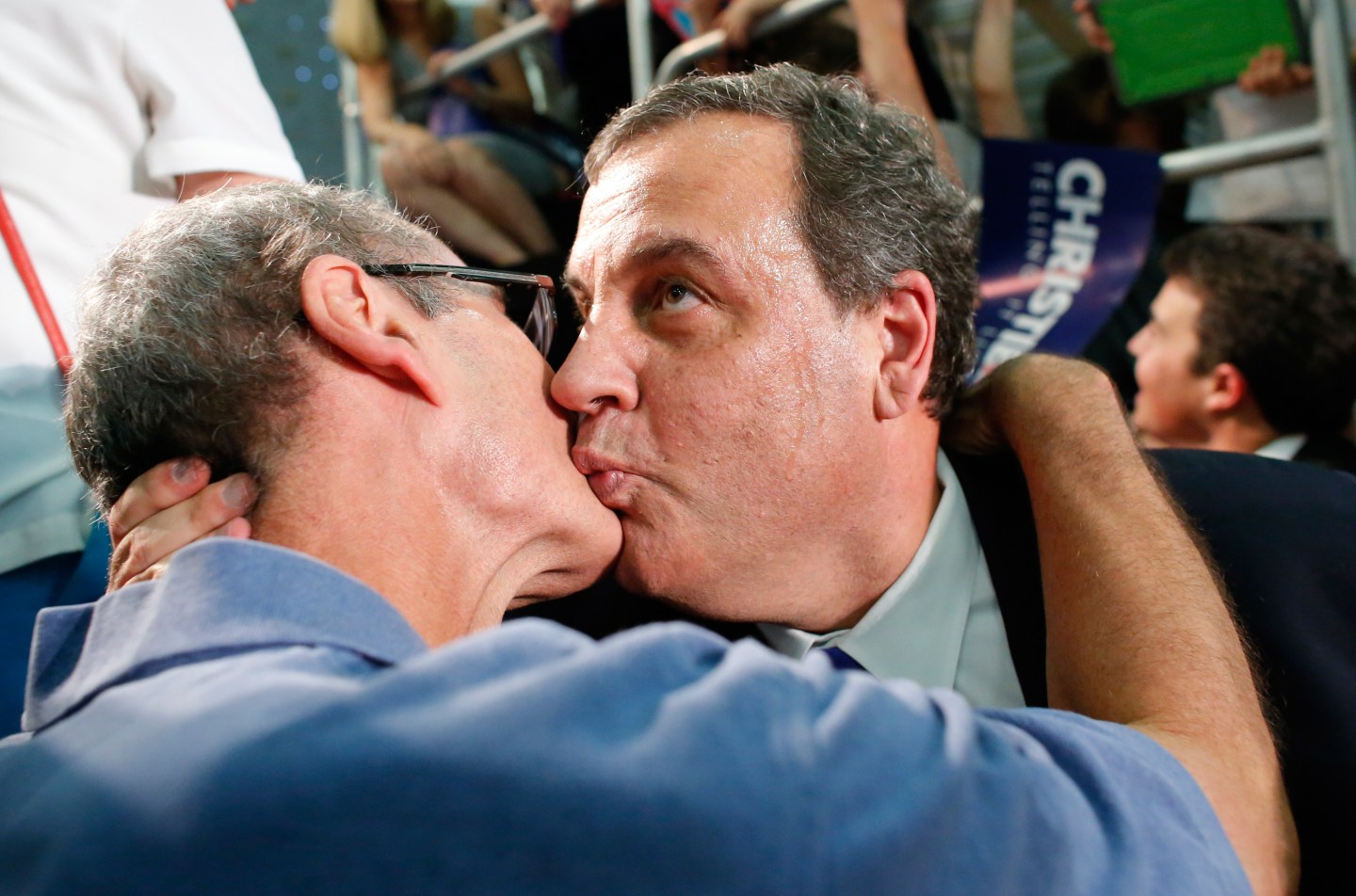 One year ago, certain truths were so self-evident you didn’t think to mention them. The scion of the Bush family wouldn’t be brushed to the bottom of the heap by a reality TV veteran and bankruptcy court regular, for example. And after losing in 2008 to a one-term senator, Hillary Clinton obviously wouldn’t tolerate a tough fight from a self-described socialist who’d spent decades on the fringe of American politics.

What new curve balls will cross the plate as the delegate count finally begins? Here are a few absolutely impossible developments you won’t need to worry about. Until you do.

Chris Christie, John Kasich or Jeb Bush drops out before New Hampshire. Several establishment Republicans have staked their campaigns on New Hampshire and have the cash to last until then; some can even claim this or that metric as evidence of a “surge.” But one or more could also just give up now in a selfless bid to consolidate the establishment vote—and to improve their Veep sweepstakes standing in the eyes of the eventual nominee and party regulars. In theory.

Instead of consolidating, the candidate slate holds steady or grows further. An opposite scenario is just as unlikely—but just as possible. Supported by Super PAC money, candidates who in past cycles would leave the stage after New Hampshire or South Carolina may stumble on in hopes of profiting from a sudden frontrunner flameout ahead of Super Tuesday. This could protract the trauma for Republicans all the way to the convention, particularly given the untested loyalty of Trump’s supporters.

On the Democratic side, grudging acceptance of Martin O’Malley’s solid debate performances means any delay in his exit could transform his role in the race from sideshow to spoiler—especially if contenders emerge to further split the ticket. Given the open question of Clinton’s exposure to prosecution in connection with her email scandal, Michael Bloomberg may at long last make something of his quadrennial ruminations and enter the race. And Al Gore or Joe Biden could return to the arena, despite their past protestations. (Who knows: Biden could even take a repeat role as Bloomberg’s running mate and national-politics mentor.)

Lawsuits dog Trump and his voters throughout 2016. The results of presidential elections have been challenged in court before, most notably when Republicans and Democrats fought over the final outcome in 1960 (eleven states), 2000 (Florida) and 2004 (particularly Ohio). But intramural lawsuits can occur as well, and at any point in the process. In 2004, for example, Democrats from Washington, Nevada and Arizona to Florida and Arkansas sued to bar Ralph Nader from their states’ ballots.

This year, Republicans could raise similar legal challenges to Trump’s inclusion on the ballot, or to the technicalities of absentee or provisional ballots cast in precincts considered particularly favorable to him. Such efforts often fail to disqualify candidates or significant numbers of ballots, and they carry reputational risks for those seen to be orchestrating them. But they can cast a shadow on an opponent’s legitimacy and momentum. As unfavorable delegate counts mount, state parties, interested citizens, or even individual candidates may decide that the risks of apparent petulance pale beside those of hard electoral math. Such moves may prove irresistible to a lawyer like Ted Cruz, whose brand is already contentious and for whom the slope of the primary calendar is not friendly.

States move back their primaries. Seeking greater influence on the Democratic nominating process, Florida and Michigan in 2008 moved up their primaries in violation of party rules. This led to public lawsuits and internal controversies over whether to seat delegates from those states. This year, a persistently fragmented race may well benefit states that come later in the process. A rush to postpone primaries to tap that advantage might bring the same chaos that “move-ups” did in the past.

The insiders become outsiders—until they re-pitch their tent. Today’s diverse candidate-personalities span, and may partly obscure, a wider spectrum of political interests than any in modern political memory. However, should the primaries of either party—and perhaps the convention—ultimately generate an outsider nominee, the establishment might not be defeated so much as evicted. As Jeff Greenfield argued a few weeks ago, a Rubio, or Clinton, or other conventional figure might campaign from exile. In that case, mainstream voters might be voting for a “third party” that is, in fact, one of the traditional parties by another name.

An insider taking the White House by whatever means necessary? Keep dreaming. After the convulsions of the last few months, it could never happen. That’s guaranteed, right?