GameStop Dives Into Publishing With ‘Song of the Deep’ 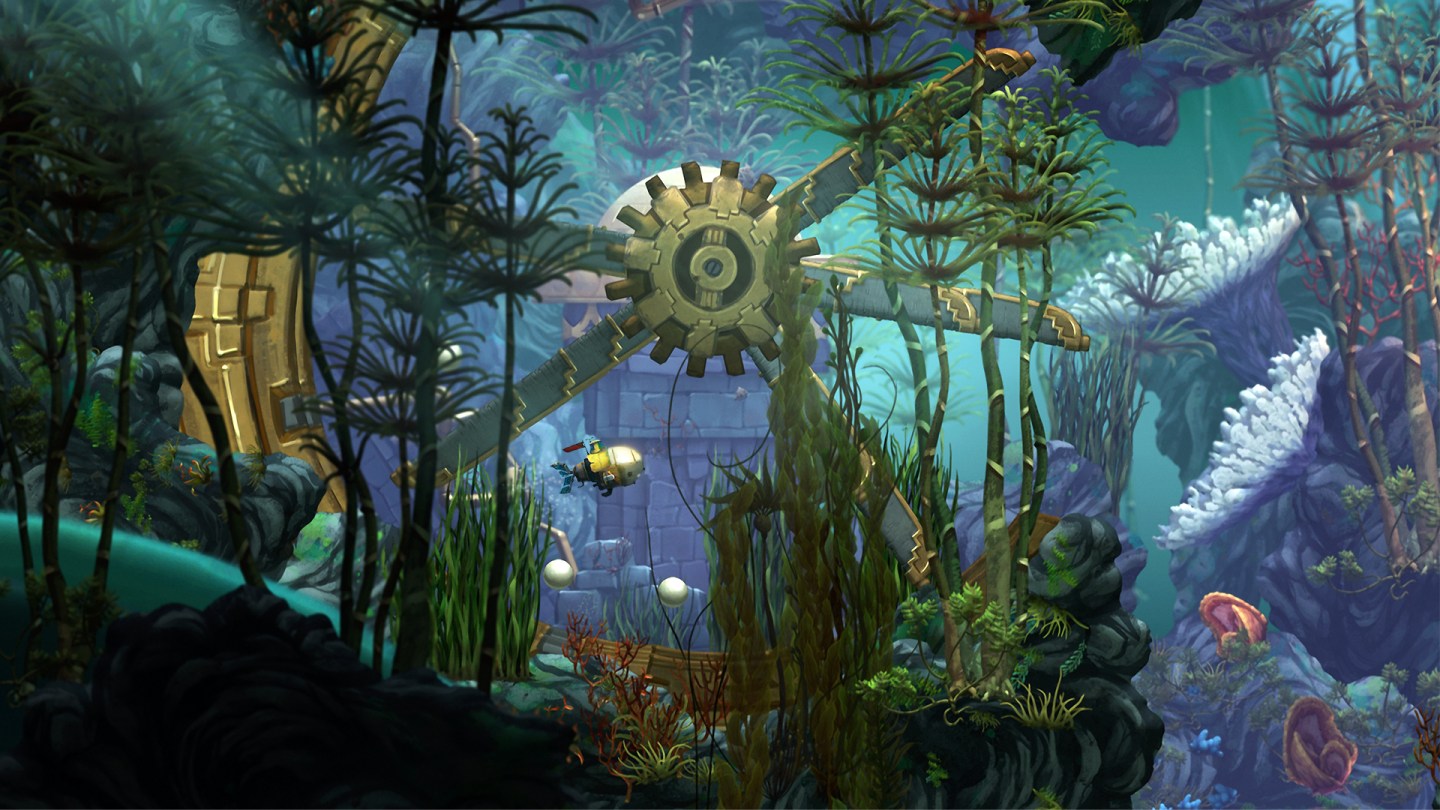 GameStop continues to diversify its business with new experiments. The latest direction the largest independent video game retailer is exploring is publishing. GameStop has partnered with independent game studio Insomniac Games to launch an original underwater side-scrolling adventure game, Song of the Deep.

The game will ship as a disc-based product for PC, Xbox One, and PlayStation 4 exclusively at GameStop and launch digitally across PC, PlayStation Store, and Xbox Marketplace in Q2 2016 for $15. Song of the Deep makes its debut at the PAX South video game convention in San Antonio today.

Mark Stanley, vice president of marketing and sales at GameStop, says this idea came about serendipitously through a series of conversations with Insomniac Games President and CEO Ted Price.

“We decided to join forces with this great creative development team and put the promotional and marketing arm of GameStop behind it,” Stanley says.

Price says GameStop (GME) has not exerted any creative influence on the development of the game and Insomniac owns the intellectual property (IP). The game follows a little Irish girl, Merryn, who builds a submarine and explores the ocean depths in search of her missing fisherman father.

“It’s been a nontraditional publisher and developer relationship,” Price says. “They trust what we’re doing.”

Insomniac has been making games for 22 years and has a track record of creating hit franchises like Ratchet & Clank and Resistance while working with Sony Computer Entertainment, and has worked with Electronic Arts (EA) on Fuse and Microsoft on Sunset Overdrive. A new Ratchet & Clank movie ships this April alongside a feature film from Blockade Entertainment and Focus Features.

For more on video games, watch:

Price says this new model offers his company a more direct route to GameStop’s devoted players. He also believes Song of the Deep will connect with this gaming audience.

“This is a game that feels like an Insomniac game,” Price says. “It’s stylized and has a story relatable to a lot of players. And it feels like an indie effort.”

GameStop currently has an audience of 43 million PowerUp Rewards members to tap into. The retailer also owns leading game magazine Game Informer, which has over 7 million paying subscribers.

Some details have yet to be worked out, including whether GameStop will get its branding in the opening credits of the game or on the packaging. But Stanley says all decisions will be made based on what’s best for the game.

“This is an Insomniac Games title and there’s an expectation of what their games are,” Stanley says. “It’s less important to have a GameStop branding.”

Brian Hastings, chief creative officer at Insomniac Games, says the team of 15 that’s been working on Song of the Deep for over a year has a lot of other ideas to continue the adventures of Merryn.

“We do think about doing more than one game, partly because not everything we want to do is going to fit in this first game,” Hastings says. “This story is one part of this really expansive world.”

If more games do follow, Price is open to continuing this publisher arrangement with GameStop.

“We like having long-term partners that we trust and so far it’s been great,” Price says.

“GameStop has tried a number of different things over the years and this is a new area of growth and diversification,” Stanley says. “We’re learning as we go on this.”

Stanley says GameStop wants to take this game all the way through launch and then step back and assess everything before figuring out what it wants to do in the future with additional publishing agreements.

SuperData Research CEO Joost van Dreunen says GameStop is in a tough spot. The combined spending in the U.S. last year across digital games was $11 billion compared to $5 billion at retail.

“As a specialty retailer it has to adapt,” van Dreunen says. “That means for the foreseeable future that GameStop has to reduce its footprint and, now that the holiday season is over, swallow the bitter pill of layoffs. However, I’m skeptical of its ability to successfully diversify its business by taking on a publishing role. Given Insomniac’s pedigree as a developer, I have no doubt that Song of the Deep will do well, especially as it receives special attention at retail. And I commend GameStop on experimenting with ways to reinvent itself, but I strongly doubt that it will be enough to offset its inevitable losses.”

Michael Pachter, video game analyst at Wedbush Securities, doesn’t believe this will be the start of a trend.

“This is a small game, and physical sales will likely be only a few hundred thousand units,” Pachter says. “People already in stores may be cross sold the product, but it’s highly unlikely to be the type of game that gets a customer to make a trip to buy it if it is available digitally.”