Millions of Diet Coke Bottles Are Getting Some Love From HP 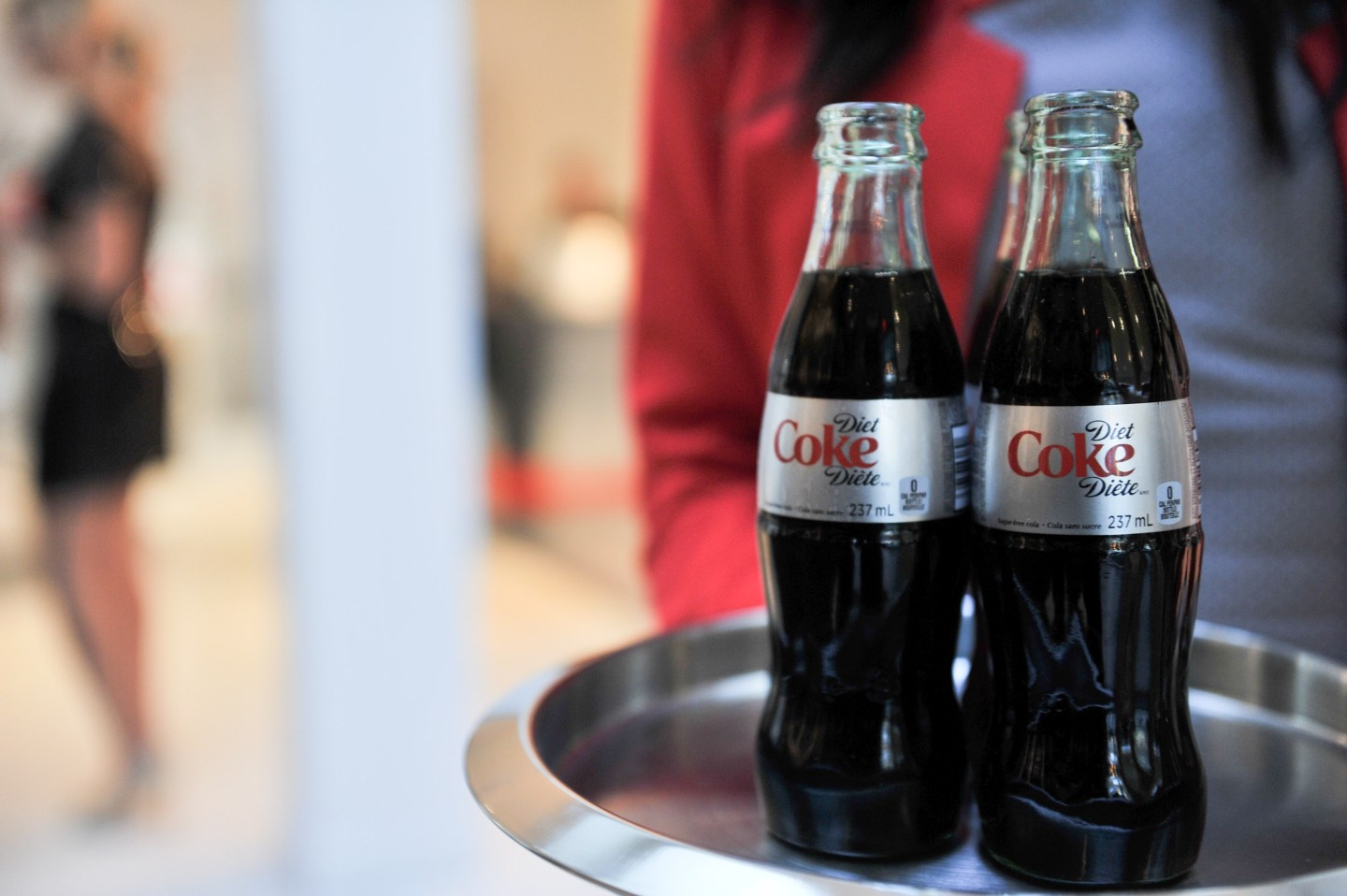 HP doesn’t just want to dominate the business of selling laptops and home printers. The technology giant also wants to make money printing the logos that decorate your soft drinks and beer cans, too.

This week, the personal computer and printer specialist inked a deal with The Coca-Cola Company (COKE) to print custom designs on Diet Coke bottles for a marketing campaign called IT’S MINE. Financial terms of the deal were not announced.

The new campaign, which rolls out on Feb. 1, involves outputting more than a million unique, multi-colored logos on 12-ounce Diet Coke bottles that will presumably make them more attractive to consumers who want to see more color on their beverage containers.

“IT’S MINE is about the pursuit of a Diet Coke fan’s ultimate object of desire—Diet Coke,” said Coca-Cola North America senior manager of integrated marketing communications Kate Santore in a statement.

Coca-Cola created 36 designs “inspired by the bubbles, fizz, taste and spirit of Diet Coke” in which HP’s (HPQ) printing software was used as a base to randomly generate millions of new graphics, according to the announcement. Those new designs are then printed on the bottles, which Coca-Cola said no two designs will be the same.

The new marketing campaign comes at a time when Coca-Cola has seen sales of Diet Coke tumble over the past decade. As consumers have been buying more bottled water in recent months, sales of carbonated soft drinks including “diet” and “light” varieties have fallen amidst health concerns relating to sugars and artificial sweeteners.

Meanwhile, HP has had a tough time adjusting to declining customer demand for PCs and printers. In the company’s last earnings report, it said that printer and PC sales have plummeted 14% year over year.

For more on HP, watch our video:

At an analyst event last fall, HP executives singled out its graphics and packaging printing business as a highlight amid consumer PC and printer sales. HP printed out similar design campaigns for Anheuser-Busch (AHBIF) and its Bud Light beer beverage and Nabisco’s Oreo cookie packages.

The company’s shares have been steadily declining since it officially split from its data center technology sibling Hewlett Packard Enterprise (HPE) last November.