How One Immigrant Made it Big in America 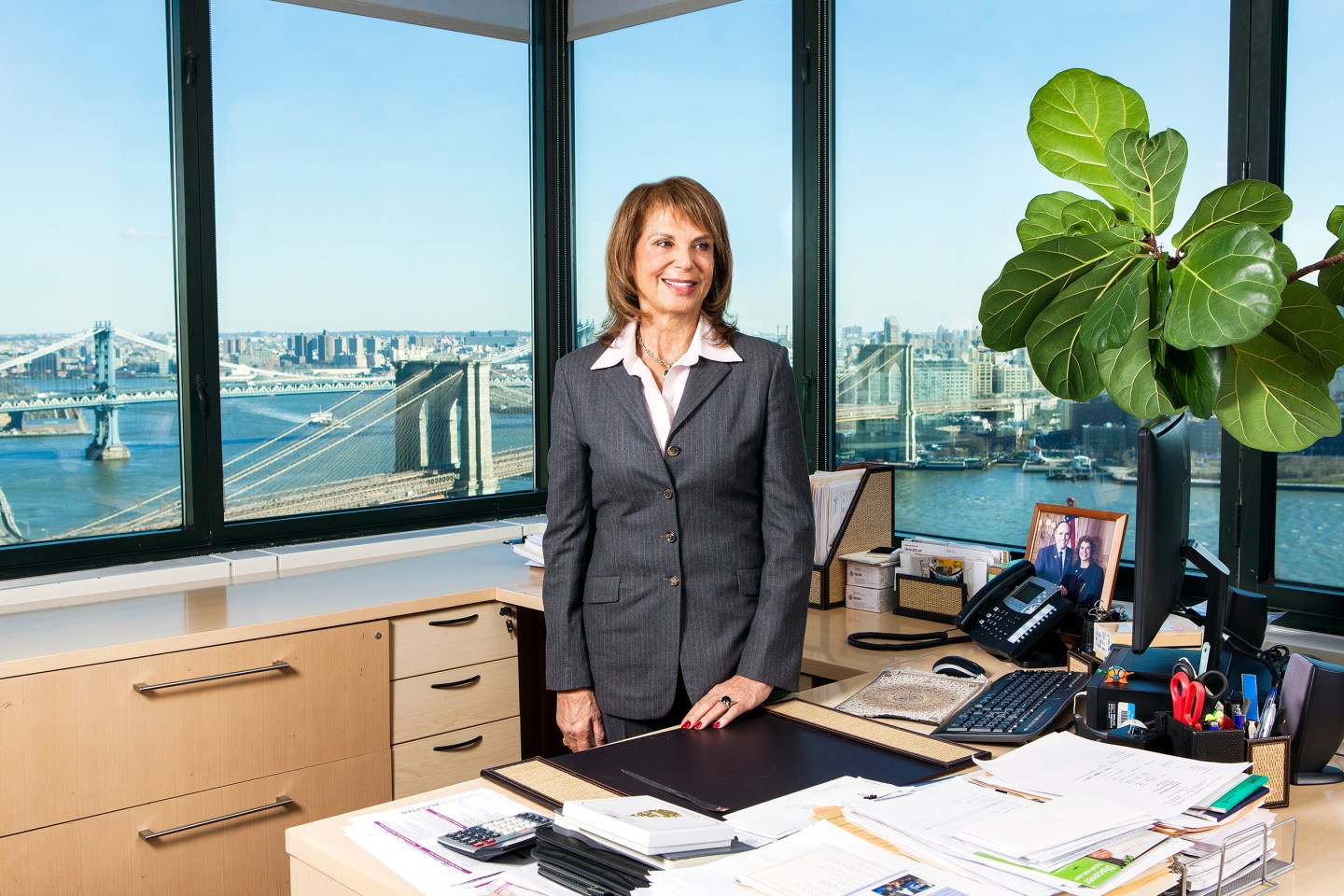 Sosi Setian was a professor of Armenian studies when she decided to pursue a Ph.D.  While supporting herself as a courtroom interpreter, she caught the eye of DEA agents, who asked for help with a money-laundering case. Setian, now 72, parlayed her language skills and work ethic into SOS International, which today produces $200 million in annual revenue from government contracts for translation, intelligence analysis, logistics, and more. Her story:

I was born and raised in Bulgaria by Armenian parents and grew up under the Communist regime. My father had a textile trading business. Any successful business owner was tagged as a member of the “old bourgeoisie,” and the family faced discrimination. My father often referred to the Communists seizing large amounts of money from him. I was not able to go to summer camp with my classmates, and my sister, who graduated from high school with honors, would not have been admitted to university.

We were constantly under scrutiny. My father used to put blankets on the windows to muffle the sound of listening to the Voice of America. In 1959 he made the decision to leave.

We left legally but had to renounce our Bulgarian citizenship and were not allowed to take any currency. We went to Beirut, which was the only country at the time that would accept Armenian immigrants from countries behind the Iron Curtain without any documents. We lived there for two years, waiting for our turn to come to the United States. In 1961 we came to the U.S. on the Fourth of July, so it’s a holiday that’s extremely meaningful to me.

I was 18 and had married an Armenian American I’d gone to high school with in Beirut. He decided to show me the U.S., so we took a bus to California, where we settled with his mom. In 1962, I gave birth to my daughter, Pandora. I was determined to go to school because my father’s biggest wish was for me to go to college.

I spoke Armenian, Bulgarian, French, and Russian—I didn’t understand English. But I studied and listened to a lot of TV, and after a few months was able to speak it. I graduated from UCLA with a double major in Russian and French. Then we moved to Paris and Cairo, where my husband and I were Ford Foundation Fellows.

Over the next few years our lives were adventurous but also tiring, as we moved around and I gave birth to my son, Julian. My husband and I were teaching English at the American University of Beirut when civil war broke out in 1975. I decided I couldn’t move from country to country anymore, so we separated and later divorced.

In 1976, I came back to the U.S. with my two kids. I eventually worked as a professor in Armenian studies and as assistant to the dean of arts and sciences at Columbia University. When I decided to go back to school for a Ph.D. in cultural anthropology, I received a $7,000 stipend and started working for the New York City courts as a simultaneous interpreter to support Julian, my ailing mother, and myself.

Soon after, two agents from the DEA asked me to translate a tape from Armenian. I did it on my lunch hour and refused to be paid because I was there anyway. The agents were shocked and asked if I’d be interested in working directly for the DEA as an interpreter.

I took a full-time job, working 12 to 15 hours a day on a money-laundering case where narcotics were brought in from the Middle East and the money launderers were Armenians. I listened to wiretaps, transcribed, and analyzed the calls. I loved the job and felt like I was playing a role in putting bad guys behind bars. They paid me $1,500 a week. I didn’t see the sun for eight months and forged very important relationships.

When the case ended, I was back to square one and had to figure out what to do. I couldn’t go back to academia because I’d never make enough to support my family. The DEA agents encouraged me to start my own company, so in 1989, I registered the name SOS International, got business cards printed, and started working out of my home.

At first, 85% of our work came from the New York field division of the DEA, along with some cases from the FBI and Customs and Immigration. For the first seven years I didn’t take a day off or pay myself a salary. But in 1994, I incorporated and started paying myself.

When my son, Julian, graduated from college, he joined the company and decided we needed to expand and diversify. So we opened our first offices in New York and in Virginia, outside D.C.  Up until then, we had been working out of my home.

Prior to 9/11, SOSI had not attracted much attention. But 9/11 made it apparent that the U.S. government had a shortage of qualified foreign-language experts. In 2002, Bersoff Technology Group asked us to partner with them on a small contract with the U.S. Army to provide linguists. That $10 million contract ballooned into a much bigger contract.

As the Army needed more personnel, we began hiring hundreds of interpreters, and that became our central business for three years. We then diversified into IT, data analysis, engineering, construction, and logistics. We went from $3 million to $50 million in sales in 24 months. The expansion came with enormous risk, given the capital needed to grow. Today annual revenue has grown to $200 million. We’re housing and feeding nearly 3,000 U.S. military personnel in the Middle East and have interpreters in courts nationwide.

I succeed because I accept challenges others may not, and I’m not afraid to take risks. More than anything, I’m proud that we’ve played an important role in supporting the national security objectives of the country I came to as an immigrant.

Give Loyalty, Get Loyalty

Sosi Setian explains how she has kept talented employees.

Early on, my competitors were three women who each ran their own companies. The DEA had enough work for all four companies. The other three would hire contract workers, since you weren’t sure when you’d get another case. But I wanted people to feel secure, so I made them employees and gave them benefits. I paid my interpreters better than the others and would bring them to my house for dinners once a month.

When the government shut down twice in 1995, we were told we could continue working at our own risk. I couldn’t stand passing my hardship on to my employees, so I took out a $40,000 loan and split the money with the employees to keep us afloat and to signal that I valued everyone. To this day they remain loyal.