Want to Hire a Team Player? Ask About Volunteer Work 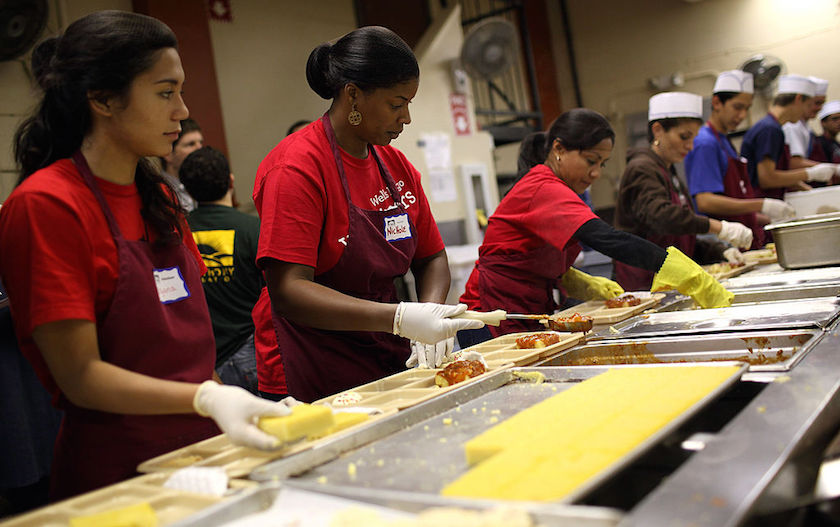 SAN FRANCISCO - SEPTEMBER 16: Volunteers prepare meals for homeless and impoverished people at the St. Anthony foundation dining room on September 16, 2010 in San Francisco, California. The U.S. poverty rate increased to a 14.3 percent in 2009, the highest level since 1994. St. Anthony Foundation serves an average of 2,600 meals a day to homeless and impoverished people in San Francisco. (Photo by Justin Sullivan/Getty Images)
Photograph by Justin Sullivan—Getty Images

Let’s say you’re hoping to fill a job opening on a team, and you’re looking at two resumes that list similar education, credentials, and work experience. One candidate, however, mentions spending her spare time coaching a kids’ soccer team, dishing up meals at a soup kitchen, and taking photography classes. The other doesn’t. Which one do you choose?

Your best bet is probably the candidate with the most outside activities, counterintuitive as that might seem.

“Hiring managers often dismiss volunteer work and community involvement as irrelevant, or even a potential distraction,” says Ilan Vertinsky, a professor at the University of British Columbia’s Sauder School of Business. “But really, people with busy evening and weekend schedules are exactly who should be getting hired.”

Vertinsky led a team of researchers who studied 347 employees at 80 companies, and found that those workers who took the most active part in the greatest number of outside activities were also the most productive and innovative team members at work.

That’s partly because, Vertinsky notes, “you learn the most by getting out of your comfort zone and having different experiences with people from a wide variety of backgrounds.”

The biggest benefit of pro bono work, though, is that it usually hones people’s “soft” skills, including empathy, negotiating, conflict resolution, and figuring out creative solutions to problems.

The study cites a heap of academic research bearing that out, but “we wanted to find out whether those stronger social skills would transfer from a non-profit environment to the workplace, where there is more competition and more opportunity for conflict,” says Vertinsky. “It turns out that they do.”

If you’re meeting with a promising job candidate who hasn’t included any extracurriculars on his or her resume, he adds, “you should ask. Some interviewers already do, because they want people who are ‘balanced.’ But this research suggests an even better reason.” Are you job hunting and wondering whether to mention that Little League coaching gig or those weekends toiling for Habitat for Humanity? If you’re applying for a job that calls for teamwork, it couldn’t hurt.

The study, “Trust in the Workplace: The Role of Social Interaction Diversity in the Community and the Workplace,” will appear in a forthcoming issue of Business & Society.