EA Drops Out of E3 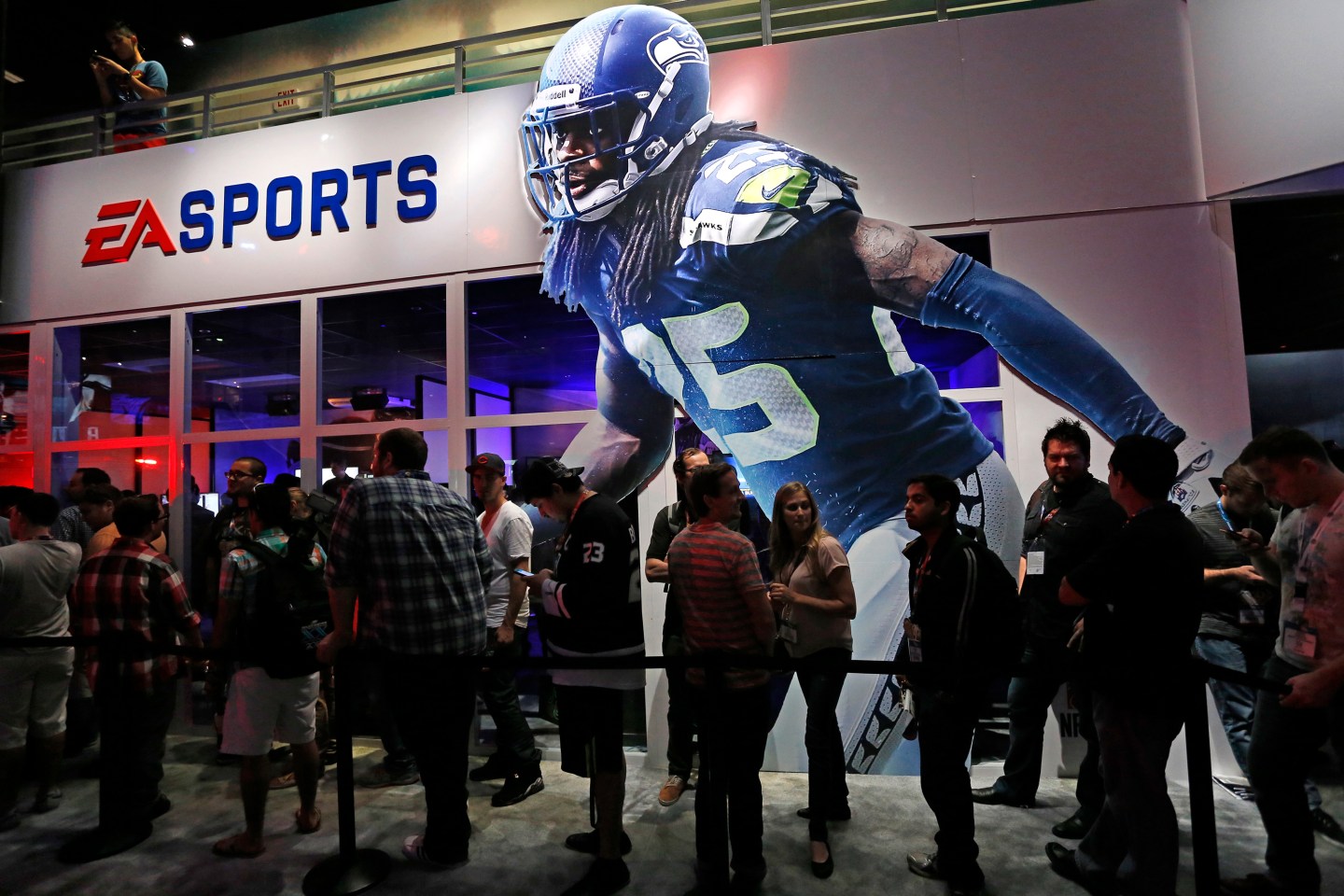 Electronic Arts (EA), one of the video game industries biggest publishers, will not publicly present its games at E3, the game industry’s biggest trade show, this year.

Instead, the company behind Madden NFL, Star Wars Battlefront, and The Sims plans to hold its own event, called EA Play, across the street from the Los Angeles Convention Center (and in London) before and during the early days of E3. And that’s raising questions about whether other companies may follow suit in the years to come.

While E3, which is only open to industry and trade media, is still a tremendously important show for game companies, more and more have been hosting their own events for major announcements. In 2013, Sony (SNE) and Microsoft (MSFT) both unveiled the PlayStation 4 and Xbox One well before the trade show, which has traditionally been a launching pad for new systems and big games. And Nintendo (NTDOY) has not held an E3 press conference since 2012.

The move of big companies backing away from big trade shows is hardly limited to E3. Neither Microsoft, Google (GOOG) nor Apple (AAPL) attend CES, since they, too, can hold their own events—for the media or general public—and attract a substantial audience.

EA, which will still take private business meetings at E3, says its move is not meant to show a faltering support of the Entertainment Software Association, which hosts E3. (The company remains a member of the trade organization.) Rather, it’s hoping to show its games directly to fans, rather than filtering the news through the media who attend the show. Since E3 is closed to the public, EA hosting its own event is a better way to do that.

“We’re taking our commitment to putting players first really seriously at EA and we felt this was our year to do something different,” says Sandy Goldberg, a spokesperson for EA.

For more on EA watch this video.

That’s a similar refrain to the one used by Nintendo over the past few years, as it has held an annual accompanying event during E3 that included players. The company also announced its new games via a Nintendo Direct online broadcast, rather than a traditional press conference.

More and more, companies attending E3 are talking directly to consumers. Last year at E3, Bethesda Softworks held its own press conference which is streamed directly to fans, letting them see the announcement of new games like Fallout 4 and Dishonored 2 for themselves.

“Part of it was if we do have this line up and feel good about it, we need to do it in a way that everybody can see it, whether they’re here or not,” Bethesda’s Pete Hines told The Telegraph. “Anybody who wants to can see what we have to show about Fallout 4. There’s no mystery, we’re not trying to hide anything or exclude people. Whether it’s press or retail or fans or whomever.”

For more, read: How Electronic Arts Revived Itself

EA says it will evaluate its future E3 plans after EA Play, but by giving up its E3 floor space this year, it seems unlikely the company will return. EA previously occupied arguably the most prominent position at E3, hosting a gigantic booth that was the first thing many show attendees saw.

By dropping out of the show this year, that space will be assigned to another company. (The ESA won’t say who, but given the rivalry between the two companies, Activision-Blizzard (ATVI) is a safe bet to move there.)

Should EA want to come back, they will have to move to a lower profile spot at the show.