How Electronic Arts revived itself 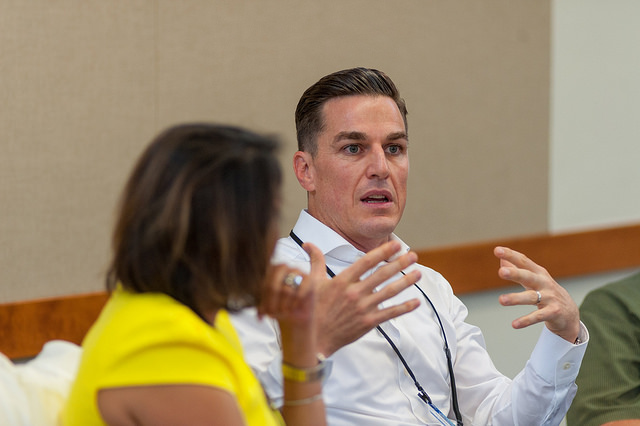 Digital games pioneer Electronic Arts was relatively moribund for years as newer, faster, and more mobile companies passed it by. That changed about two years ago. The stock is up three-fold in that time, and the old-line company suddenly is a $22-billion behemoth, making it rarer than a unicorn. It’s a veritable zombie come back to life.

The rejuvenation of EA just happens to coincide with the appointment of Andrew Wilson, a company veteran who was promoted to the top job in late 2013.

Wilson says the key to EA’s comeback was a fundamental re-thinking of the company’s approach to doing business. “It used to be the entire cadence of the organization revolved around accounting,” Wilson said Tuesday, during a panel on the future of games at the Fortune Brainstorm Tech conference in Aspen. Before, the public company closed its books on a monthly, quarterly and annual basis, he said. As a result, the entire company’s activities revolved around that cadence, not the 24/7 rhythm of the digital world. Wilson said the company was a “disconnected organization” made up of well meaning people who weren’t thinking about players — a.k.a. EA’s customers — first.

The solution: “re-architecting” the company around a player culture. Examples included cutting an online fee for buyers of used EA games that annoyed early customers. Another was offering a money-back guarantee for games played on a personal computer.