Comcast to stream FIFA games down its cable network 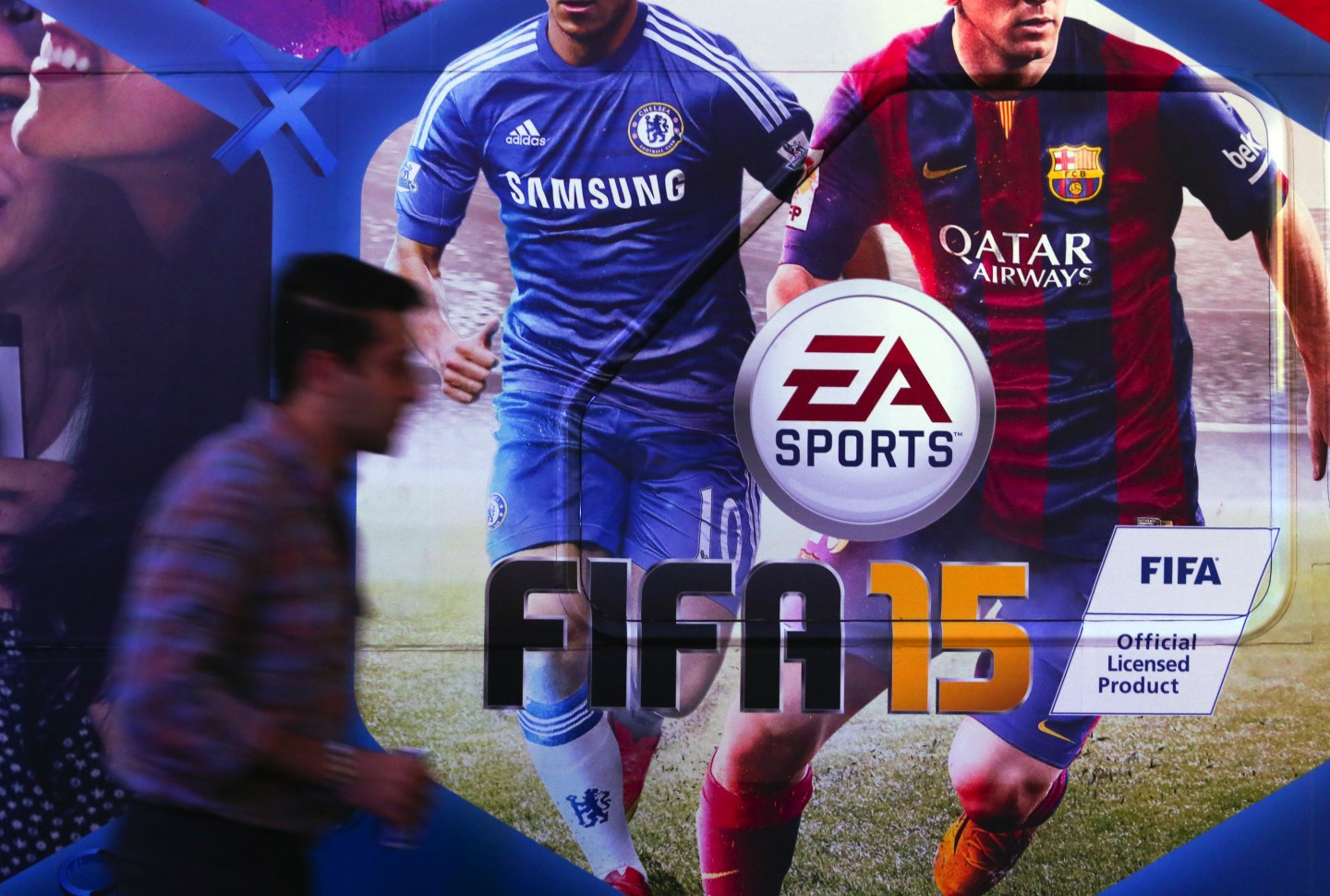 A visitor passes an advertisement for the Sony Corp. Playstation version of the FIFA 15 soccer game, produced by Electronic Arts Inc. (EA), during the EGX gaming conference at Earls Court in London, U.K., on Thursday, Sept. 25, 2014. Sony Corp. will begin selling its PlayStation TV set-top box in the U.S. and Europe next month with almost 700 games available, including select Angry Birds, Borderlands, Lego and FIFA soccer titles. Photographer: Chris Ratcliffe/Bloomberg via Getty Images
Photograph by Bloomberg via Getty Images

First it was cord-cutters. Now, Comcast is going after gamers.

A day after unveiling its new streaming TV service, Stream, Comcast (CMCSA) said on Tuesday that it has partnered with video game company Electronic Arts (EA) to offer streaming games to Comcast’s broadband internet subscribers. The new service, called Xfinity Games, is just in the beta phase, where it will be tested by customers who have Comcast X1 set-top boxes and sign up online.

The company did not give a specific date for the service’s wide release and did not disclose how much the service will cost customers.

When it does become widely available, Xfinity Games users will be able to play high-definition video games over the internet, via the X1 set-top box. The focus of Xfinity Games will be more on casual gaming, with games that can be played by using a tablet or smartphone as a controller. Games streamed through the service will count “just like other internet traffic” under customers’ broadband data plans, Comcast said.

A library of EA games will be available to users through Xfinity Games, including such titles as FIFA Soccer, Monopoly, and Plants vs. Zombies.

Both Xfinity Games and the Stream pay-TV service represent Comcast’s shift to offer services that do not require a traditional cable subscription in an attempt to appeal to customers who are no longer interested in larger, bundled cable packages. Stream costs $15-per-month and is only available to Comcast broadband customers.