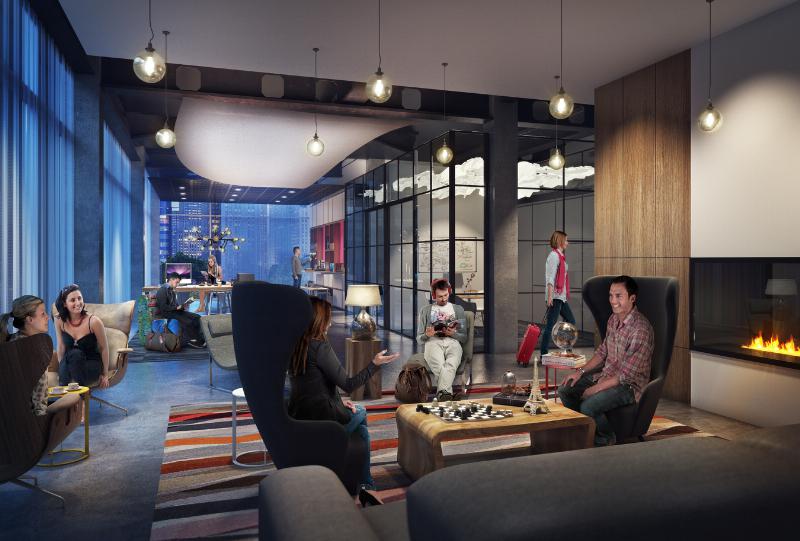 Airbnb’s remarkable success and a $25 billion valuation has come at a cost — to competitors. It claimed almost $1 billion in disruption revenue last year, by some estimates.

But now the hotel industry, still reeling from the sudden rise of the upstart lodging company, is fighting back. Among its efforts:

The hotel industry says these actions are not part of a concerted effort to kill Airbnb. Rather, they are part of an industry-wide initiative to maintain a level and regulated playing field.”The hotel industry embraces competition,” says Vanessa Sinders, the senior vice president of government affairs for the American Hotel & Lodging Association (AH&LA). “It creates a better guest experience, generates jobs and spurs innovation.”

The questions is, how much better would it be without Airbnb?

“There is increasing concern that some newer players in the short-term rental arena, such as Airbnb, are facilitating an explosion in growth of commercial, unregulated businesses, where hosts rent multiple units for extended periods of time,” says Sinders. “This proliferation of illegal hotels is compromising consumer safety and endangering the character and security of residential neighborhoods, while these entities are also avoiding regulatory and tax obligations.”

To underscore its point, AH&LA funded recent research by Penn State University found that nearly 30% ($378 million) of Airbnb’s revenue in 12 of the nation’s largest metropolitan statistical areas came from “full-time operators,” with rentals available 360 days a year. Each of these operators averaged more than $140,000 in revenue during the period studied. To the hotel industry, these operators are nothing less than “illegal” hotels, operating outside the regulatory framework of normal hotels, and placing traditional hotels at a competitive disadvantage.

Although the hotel industry didn’t fund a 2014 study on Airbnb rentals in New York, it has piggybacked on the findings, citing them frequently as evidence of the site’s unchecked and dangerous growth.

Funding industry studies is a time-honored practice among trade organizations. AH&LA’s research is meant to arm its lobbyists and supporters with facts that can be used to persuade the public — and policymakers — to support new rules favoring hotels.

Earlier this week, Hilton Worldwide announced a new brand, Tru by Hilton that it said filled a “massive void in the midscale category.” Tru embraces what Hilton calls “a millennial mindset,” which it describes as “a youthful energy, a zest for life and a desire for human connection.” Practically speaking, it means being technology-forward, with bigger TVs and better programming, an updated check-in process with social media displays, and “digital” keys available through a smartphone app.

Marriott has also been busy expanding its Moxy brand, a new hotel chain ” created especially for the millennial traveler.” The hotels, which initially launched in Europe, combine a contemporary design and “approachable service” at a reasonable price — an obvious appeal to price-sensitive Millennials who stay with Airbnb. Marriott expects to be operating 150 Moxy Hotels within a decade.

Hotels are also pushing the federal government for regulation. Last June, for example, AH&LA made a presentation at a Federal Trade Commission workshop on the sharing economy in which it called out Airbnb for having “certain obligations” that, it suggested, were not being met.

“These are not mom and pops, these are individuals or companies operating multiple properties as a business,” Saunders told the meeting. “These are not students making ends meet, they are rogue commercial interests. They are simply illegal hotels.”

The hotel industry also supported San Francisco’s Proposition F, which would have limited vacation rentals to 75 days a year and strengthened enforcement and penalties. The measure was defeated in November.

Hotels say they are justified in asking state and local officials to ensure that corporate landlords don’t dodge taxes, skirt the law and flout health and safety standards. Allowing a platform like Airbnb to enable the “illegal” operators who are gaming the system, puts law-abiding hotels at a disadvantage, they claim.

Airbnb would not directly comment on any of the hotel industry’s efforts. A company representative said it welcomed competition from hotels, but suggested the lodging industry’s other steps were not in the best interests of consumers and hosts, most of whom are middle-class homeowners.

“Airbnb is democratizing travel and making it easier for more people to travel to more places and that’s good news for everyone,” said Nick Papas, an Airbnb spokesman. “For us to succeed, no one has to lose.”

It’s too soon to tell if the hotel industry’s efforts have been effective. Hotels are earning record profits, and Airbnb had 40 million guests last year, double the number from 2014. To the average consumer, that sure looks like a “win-win.”