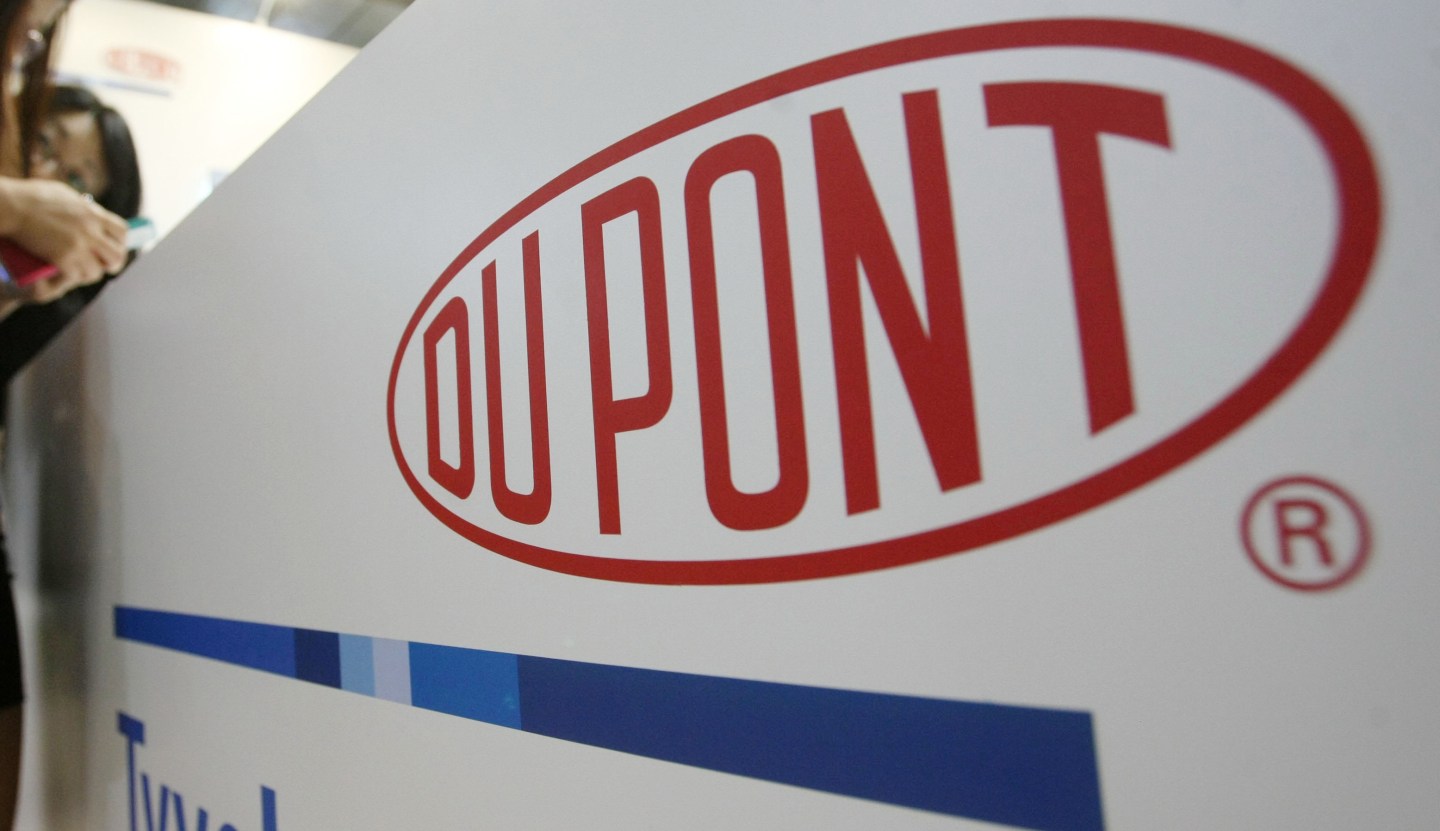 Wall Street is starting to look pretty thin on top.

On Tuesday, DuPont (DD) reported its first quarterly loss in years—$253 million last three month of 2015. (Excluding a one-time restructuring charge the company made $239 million from operations, a drop of more than 50% from the year before.) That was in line with analyst expectations. The real disappointment was its sales, which dropped in all six of its business segments across all regions and was down nearly 10% from the same period a year ago. Analysts hadn’t been expecting as steep a decline.

What’s DuPont’s plan to shore up its bottom line for the rest of the year? More cost cutting. The company said that it plans to eliminate another $730 million in expenses by the end of the year.

Cost cutting is usually the way companies make their numbers when the economy is in a slump or at the beginning of a recovery. But this quarter, it seems more and more companies are announcing improving earnings yet disappointing sales.

On Tuesday, Procter & Gamble (PG) reported that its earnings in the last three months of 2015 rose 35% to $3.2 billion. But its sales during the quarter were down 9% from a year ago. The company appears to have benefited from raising prices, even as unit sales have declined.

Johnson & Johnson (JNJ) had a similar quarter. The company’s earnings were up 27%, slightly better than analysts’ expectations. Sales were hurt by a weaker dollar, which the company said chopped 7% off earnings.

How exactly companies are making their bottom lines rise with lower sales? Some of this has to do with financial engineering, including share buybacks. Analysts typically measure whether companies beat or missed their earnings based on earnings per share, which can be manipulated by corporate stock buybacks.

At the same time, companies, particularly large ones, are facing stronger economic headwinds than in the past few years. The global economy is no longer being pushed along by emerging markets like Brazil, and, more importantly, China’s growth appears to be slowing. What’s more, the stronger dollar, which is not totally unconnected to weaker growth overseas, is hurting the profitability of foreign sales. On top of that, U.S. retail sales are up, but not as much as expected.

Of course, America’s current recovery has consistently delivered underwhelming economic growth. That’s translated to weak sales growth. Companies have made up for it with cost cutting and finding growth overseas. But it looks like they have just about maxed out on the former lever for a while, as profit margins are at or near all-time highs. And now, the latter lever isn’t doing the trick, either.