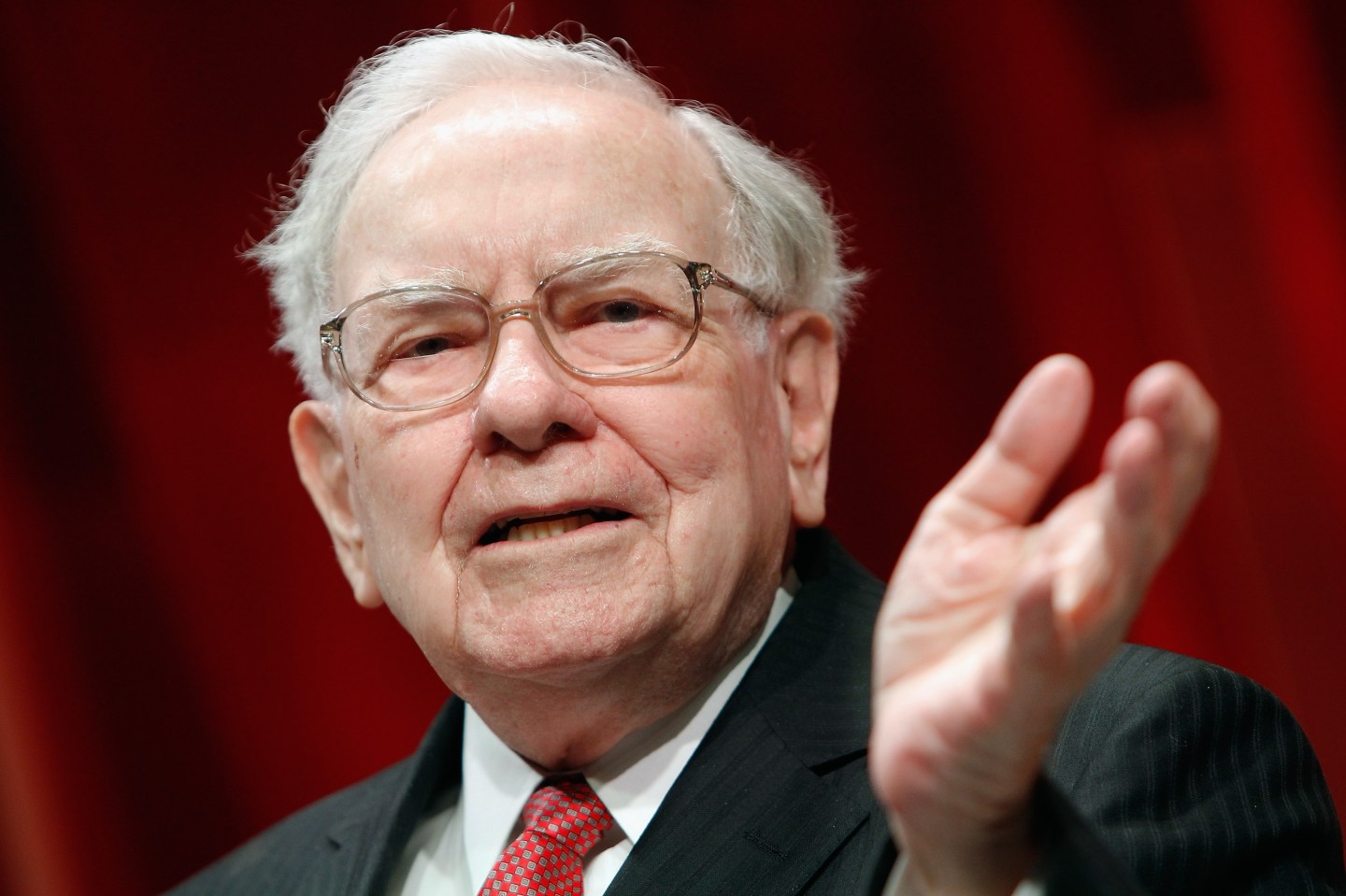 In the past, Warren Buffett has predicted that his performance is likely to be better, relative to everyone else, in bear markets than in bull ones. That hasn’t played out this time around.

While the major U.S stock indexes, which sunk again on Monday, still have to fall significantly farther before they enter bear market territory, Warren Buffett’s Berkshire Hathaway is getting dangerously close. The stock of Berkshire (BRK.A)—legendary for its consistent outperformance of the S&P 500, returning 1,826,163% over 50 years, through its latest annual report—is now trading nearly 18.5% below its high in December 2014. On Monday, the share price fell to $187,001, its lowest point in more than a year. A bear market is usually defined as being down 20% from its peak.

Entering a bear market would be another unfortunate milestone for the Oracle of Omaha’s stock which has struggled recently. Last year, Berkshire Hathaway shares fell more than 12%, their worst annual performance since 2008, when the stock declined nearly 32% amid the overall market crash.

But while Berkshire Hathaway fared somewhat better during the financial crisis than the S&P 500 (which plummeted 37% in 2008), this time, the stock is underperforming the market: The S&P 500 has fallen just 9% since Berkshire’s peak, nearly 10 percentage points better than Buffett’s performance.

It’s important to note, however, that unlike in the recession years, the Oracle does not shoulder the full responsibility for his investment performance anymore, as Buffett now has two deputies, Todd Combs and Ted Weschler, helping him manage Berkshire’s investments. What’s more, Berkshire derives more of its income these days from the various companies it owns, like railroad Burlington Northern Santa Fe, than its investment portfolio. And like the railroad, many of those companies tend to be cyclical. So the drop in Berkshire’s stock could be driven by investors’ fears about the U.S. economy.

Meanwhile, certain other U.S. stocks have already fallen beyond the threshold of a bear market. Apple (AAPL), for example, officially entered a bear market in August, and is still down 25% from its peak last February. Walmart (WMT) stock fell into a bear market in November, currently off 30% from its high about a year ago. And Netflix (NFLX), the best-performing stock of 2015, hit a bear market a little more than a week ago: The stock has fallen 27% since its peak in early December.

Categorically speaking, though, the only U.S. stocks that are actually in a bear market are small-cap stocks, or companies with a market value of less than $5 billion: The Russell 2000 index of small-cap companies has fallen 23% since its high in June. Certain other sectors, such as oil and biotech stocks, have been in a bear market for months, punished by low energy prices and regulatory concerns, respectively.

The Nasdaq Composite index has fallen 13% from its peak in July, and the S&P 500 is down nearly 12% from its May all-time high, though it “remains in a bearish position,” according to a note by Sam Stovall, U.S. equity strategist for S&P Capital IQ.

Historically, it has taken nine months for the S&P 500 to decline 20% from its peak to reach a bear market, Stovall wrote in a note on Monday. We’re at the eight-month mark now, so by that logic, we could be in a bear market by February. But bears don’t stop there, Stovall points out: the average bear takes another five months to hit bottom, at which point the S&P 500 has fallen more than 30% from its high.

At that point, it will be a long road back to the top: The average bear market took about two years to recover, according to Stovall. But if the market continues to hover in its current correction range (marked by a fall of greater than 10% but less than 20% from its peak), the outlook is a bit sunnier: It should only take four months or so for the market to bounce back from its low.