Why ‘The Rock’ and Under Armour Are Making Their Relationship Official 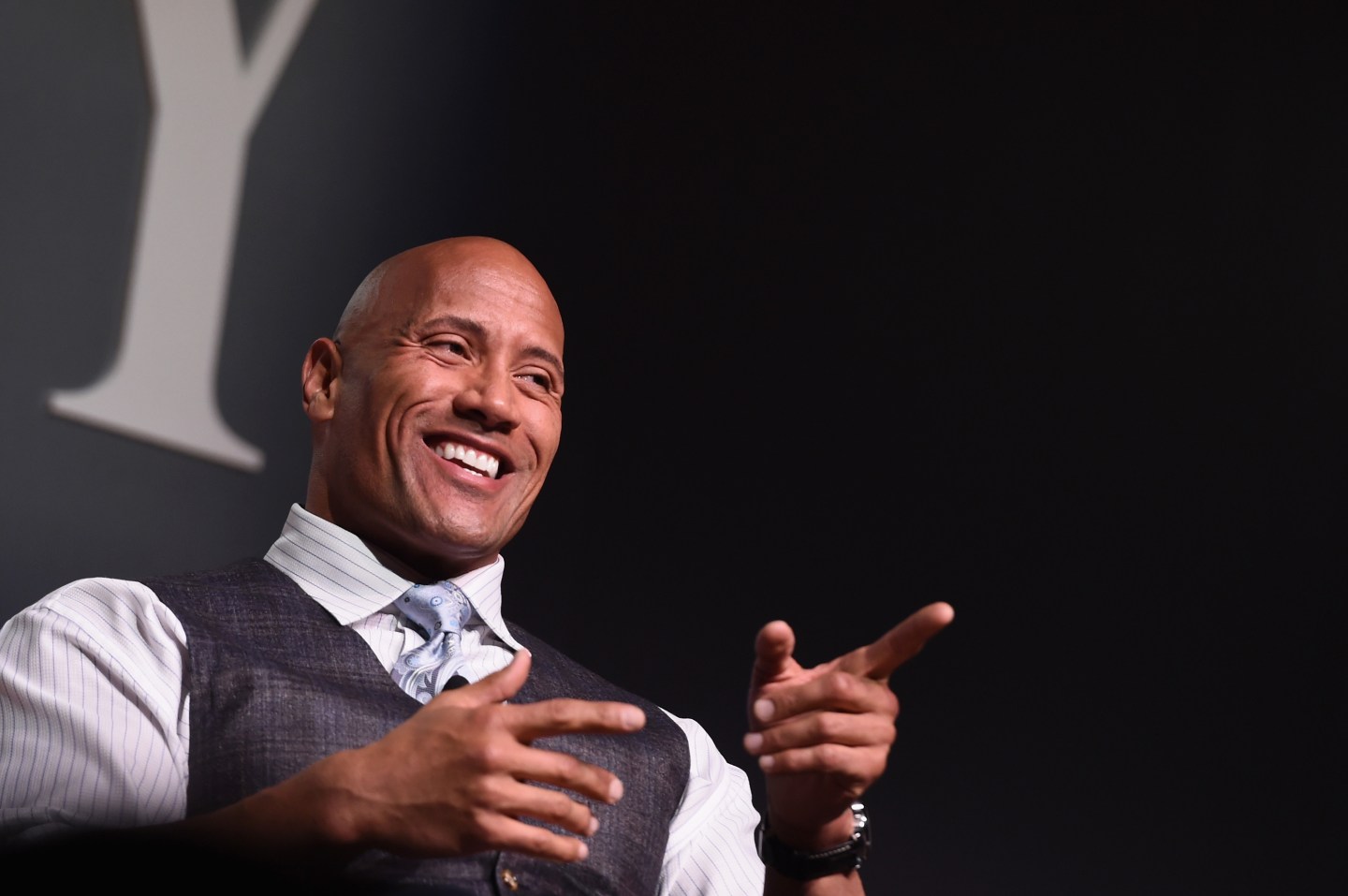 Under Armour has unveiled a partnership with action star Dwayne “The Rock” Johnson that will encompass athletic gear and the company’s investments in the world of connected fitness.

In a broad pact, Under Armour (UA) says “The Rock” will collaborate on the development of original content inspired by his lifestyle and fitness regimen, as well as new gear including Rock-inspired backpacks and duffle bags that will soon debut on Under Armour’s website.

Perhaps more importantly, The Rock will help promote Under Armour’s Connected Fitness platform. Under Armour has spent big money to scoop up digital platforms like MyFitnessPal and MapMyFitness, now controlling the world’s largest digital health and fitness community. Connected fitness brought in $36.4 million in revenue for the first nine months of 2015, a tiny sliver of Under Armour’s total business. It remains an alluring—yet competitive—opportunity.

Though Under Armour has far less to spend on endorsements than bigger rival Nike (NKE), it has scored some big wins to help propel the brand’s image. Most notably, Jordan Spieth has been a star performer on the golf course while NBA all-star Stephen Curry has also propelled sales of Under Armour gear. It has also done well with some out-of-the-box endorsements, like the well regarded ad campaign with ballerina Misty Copeland.

Under Armour’s revenue for 2015 is projected to hit around $3.91 billion, growth of about 27% from the prior year as the company’s apparel and footwear sells strongly in North America and in foreign markets. The stock has performed well over the past five years, up 422% over that period, though shares of the highly valued stock have cooled of late.